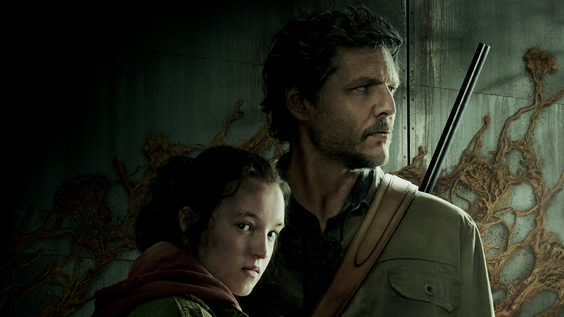 At two episodes in, the series is off to a good start.

Just last week, HBO’s video-game-based sci-fi series dropped on both cable and streaming. And all over the internet, it’s been the subject of memes and reactions. That’s usually a good indication of popularity. Memes, in particular, are the internet’s language of love (or hate, as it happens. Just not in this case, for the most part).

The Last of Us drops its audience into a post-apocalyptic world where humanity has lost the war against a pandemic of infectious fungi. The fungi turns humans into mindless, violent, hosts that run amok and spread the infection by biting other people or, uh, sort of growing into them. If that sounds a lot like a zombie outbreak, that’s because it essentially is. Just arguably more disturbing.

The series has all the tropes of a zombie apocalypse—humans survive in pocket communities, supplies are scarce, and there’s a lot of gray areas. But here’s where it does things different. The Last of Us isn’t afraid to explore human trauma and relationships in the face of loss. There isn’t even a lot of action. It’s the interaction between people that pushes the narrative.

The series begins 20 years ago, where we see Joel (Pedro Pascal) as a struggling dad in Texas. We’re also introduced to his teenage daughter, Sarah (Nico Parker), and brother, Tommy (Gabriel Luna). Shortly after, Texas has a sudden outbreak of infections from fungi called Cordyceps and everything quickly goes crazy.

As Joel and his family try to escape, a military cordon blocks the way out of the city. And it’s here where one of the defining moments of the series (and the video game) happens. Joel and his daughter are shot by a soldier as they make a run for it. And in a heartbreaking scene that’s particularly difficult to watch, his daughter doesn’t make it.

The show then jumps back to the present, where Joel is living in a survivor community and working as smuggler with his rough-and-tumble partner Tess (played brilliantly by Anna Torv, who you might remember from the weird science series, Fringe). While taking care of business across town, the two stumble upon a botched deal between a local gang leader and a group of rebels who are fighting against Joel’s community.

This is when they meet Ellie (played by Bella Ramsey, who was the child warrior Lady Lyanna Mormont in Game of Thrones). Ellie is a foul-mouthed teenage orphan with a rebel streak the size of Texas, but she also has one other defining quality—she might be the cure to the pandemic. Having been bitten by a Cordyceps during an ill-advised trip into a cordoned-off ruin, Ellie remains unaffected by the fungi.

Joel and Tess are then tasked to bring Ellie to a rebel camp, where some specialists are trying to find a cure. Reluctantly—and after the promise of considerable rewards—the two agree. As they start the trek across the infested cityscape, we see how each character has been affected by the world they live in

Joel slowly, and very hesitantly becomes paternal toward Ellie—a result of the loss of his daughter. Ellie is alternately hostile and jocular, perhaps as a result of being orphaned and alone. And Tess, when she gets infected toward the end of the second episode, exhibits something that seems out of character for an apparently ruthless smuggler: a dose of hope and altruism.

There’s a pervading sense of helplessness across the series. And it’s not just because the landscape and the premise are so bleak. It’s because the show portrays how emotionally and mentally draining the post-pandemic world is. The loss of family, of normalcy, and the fear of a disease we barely understand—everything is keenly felt. Whether it’s through the dialogue, the characters’ reactions, or the situations they find themselves in.

Perhaps it’s because we ourselves have been going through a pandemic, and have experienced similar emotions. But even had we not, the show does a good job of portraying these emotions: with tight camera angles, terse sequences, and the general reluctance that comes across in every scene.

The Cordyceps are feared treated as something to be avoided at all costs, and the action scenes are minimal, making them even more memorable when they do happen. Even Joel and Tess—hardened criminals who’ve seen a lot of things go down—are hesitant to face the infected. In this world, there is no winning by going in, guns at the ready. At best, the guns are there as a security blanket, treated as a last resort. There is no point to fighting them head on. Even bombing whole cities, as revealed in episode two, doesn’t always work.

The Last of Us shines in depicting the human condition, and at just two episodes in, we have seven more to look forward to. It gets a lot of things right, and you can see the seeds of an epic series brewing. Having premiered with 4.7 million viewers last week, the second episode took 5.7 viewers along for the ride—a 22% increase and the largest two-week jump of any HBO Original drama in history.

It’s certainly very promising, and the numbers speak for themselves, but we’ll have to see if the series can sustain the pace and emotional storytelling over the next couple of months. This is a great start, though, and a solid pick to queue up every Monday. Though you might want to lay off of eating mushrooms for a while.