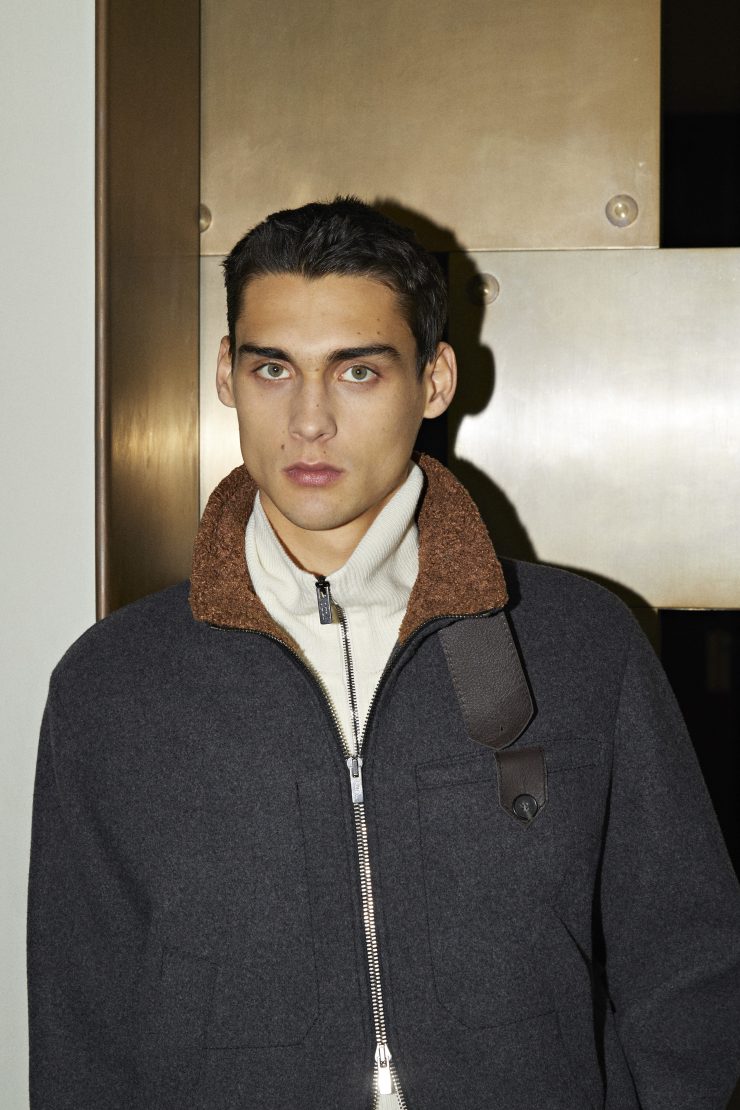 Walter Chiapponi concentrated on a collection for fall which whispers and doesn’t scream.

Filtered through a slick 40’s lens, Villa Necchi frames the video presentation of Tod’s Fall/Winter 2023 collection. A strong metropolitan emphasis is added to and ornamented upon the traditional sartorial sportswear styles, but not without ignoring the more casual aspects of daily living.

The Tod’s Pash Jacket, made from the finest leathers and emphasizes Walter Chiapponi’s taste for understated elegance, is the real star of the show. He modeled it with the best leathers, wools, and cashmeres that were used to create the blousons, cut close to the body and paired with slim trousers and the Tod’s Greca belt.

A white leather variation, a short version with knitted intarsia, a fitting bomber with furry lining, and a piumino made of the softest suede often used for gloves were among the variations on the subject. The handmade chiaroscuro technique, which Chiapponi highlighted, is what gives the leathers their patina and three-dimensional depth.

These pieces are nearly silent, so they don’t need to be loud to be heard. He remarked, “These are exquisite items crafted with artisanal savoir-faire.” There is a lot of life in each of them. To show you, we’ve bookmarked some of the best out there right now.