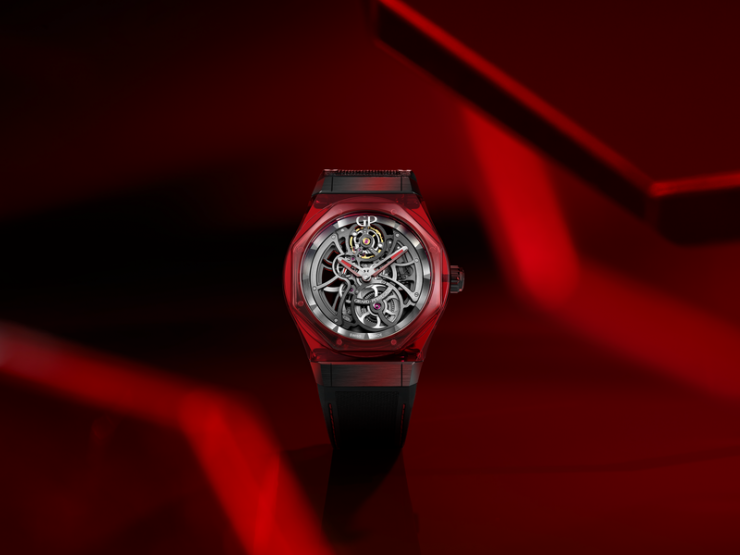 Want to mark the new year with something special? We’ve got a few ideas.

With the Year of the Rabbit just around the corner, you might what to think about what it brings. And since the Rabbit is supposed to be clever, alert, and lucky—fortunes could change, and hopefully for the better.

But whatever the year throws your way, you can always choose to face it with grace, intelligence, and maybe a bit of style. Bringing a little token along with you certainly helps in that regard. Even better if it’s something you can keep on you as you greet the coming of the new year.

Vacheron Constantin Métiers d’Art The legend of the Chinese zodiac: Year of the Rabbit

Vacheron Constantin isn’t a stranger to fine watchmaking. With more than 200 years of history under its belt, the maison is one of the oldest watchmakers in existence. And this has allowed them to hone their craftsmanship to a degree that few other watchmakers can approach.

In this particular piece, the maison has turned its eye on the eastern zodiac, with a tribute to the rabbit, but also with a tribute to Chinese papercraft.  The watch is inspired by the Chinese paper-cutting technique known as Jianzhi, which Vacheron Constantin’s engravers and enamelers have reinterpreted on the dial. The designs are engraved directly onto the metal with gradual, accentuated reliefs that create the effect of depth. The dial is then treated with Grand Feu enameling—a traditional technique that uses enamel powders that are subjected to very high temperatures, fusing them to the metal and creating rich colors.

There are no hands on the watch. Instead, the hours, minutes, day, and date are displayed through small apertures around the dial. This lets the zodiac design take most of the attention, and gives you something to stare at as you count down to the new year. The Métiers d’Art Year of Rabbit comes in a 40mm 18K 5N pink gold case, which is a very wearable size. There’s also another version with the same design, though with a platinum case and a teal dial.

Girard-Perregaux is another watchmaker that can trace its roots back to a couple of centuries ago, and it’s no surprise that its tribute to the Year of the Rabbit is a stunning version of its Laureato sport watch.

Off the bat, this is a subtle tribute to the Lunar New Year, with only the color referencing the occasion. But it’s precisely this color that sets it apart—red crystal isn’t a material you see very often on a watch, much less on a case. And according to Girard-Perregaux, the case is made from a polycrystalline material called YAG, which is similar to sapphire crystal, and comes with a smoky red finish.

The crystal case lets you take a look at the movement from all angles, giving the watch a fiery red hue to greet the new year. And while it is fairly large at 44mm, the translucent case might go a long way toward offsetting that. In any case, the Laureato runs on an automatic movement, displaying the hours, minutes, and seconds.

The IWC Portugieser has a bit of a background in travel. In the 1930s, two Portuguese businessmen asked IWC to make a watch that be used for maritime travel, and could keep time like a marine chronometer. IWC came up with a timepiece that used a pocket watch movement, but was housed in a wristwatch case. This was the beginning of the Portugieser line, and it has since become the foundation of an entire collection.

This Portugieser comes with a steel case and a burgundy dial—a toned-down shade of red that’s apt for greeting the Lunar New Year, but will also look good on classic menswear when the festivities are done. If you’re looking to travel more this year, the Portugieser in burgundy might be just be the watch to take along with you. And at 40mm, it isn’t too large to wear with most of your travel pieces.

Montblanc The Legend of Zodiacs: The Rabbit

If a new watch isn’t the cards, a pen might just be up your alley. And just like a watch, it’s something you can take with you anywhere. Montblanc has been coming up with some fantastic concepts for its collections, particularly with Marco Tomasetta on the helm (check out our interview with the visionary Montblanc Creative Director).

The Legend of Zodiacs: The Rabbit carries more symbolism than you can shake a pen at. The sterling silver cap is decorated with a hand-engraved rabbit in an upright stance, implying agility and alertness. The osmanthus tree engraved next to it promises a successful career. The cabbage and radish are meant to symbolize wealth, while the mountain sketched into the background is a metaphor for protection. The rose gold-coated barrel, meanwhile, has an abstract pattern of ‘lucky clouds’ for luck and happiness.

Whether you choose to walk into the new year with a watch, a pen—or maybe even both—carrying a few symbols to help you along the way isn’t a bad idea. And let’s be honest, given everything we’ve been through the past few years, just having them as a little trophy wouldn’t hurt either.