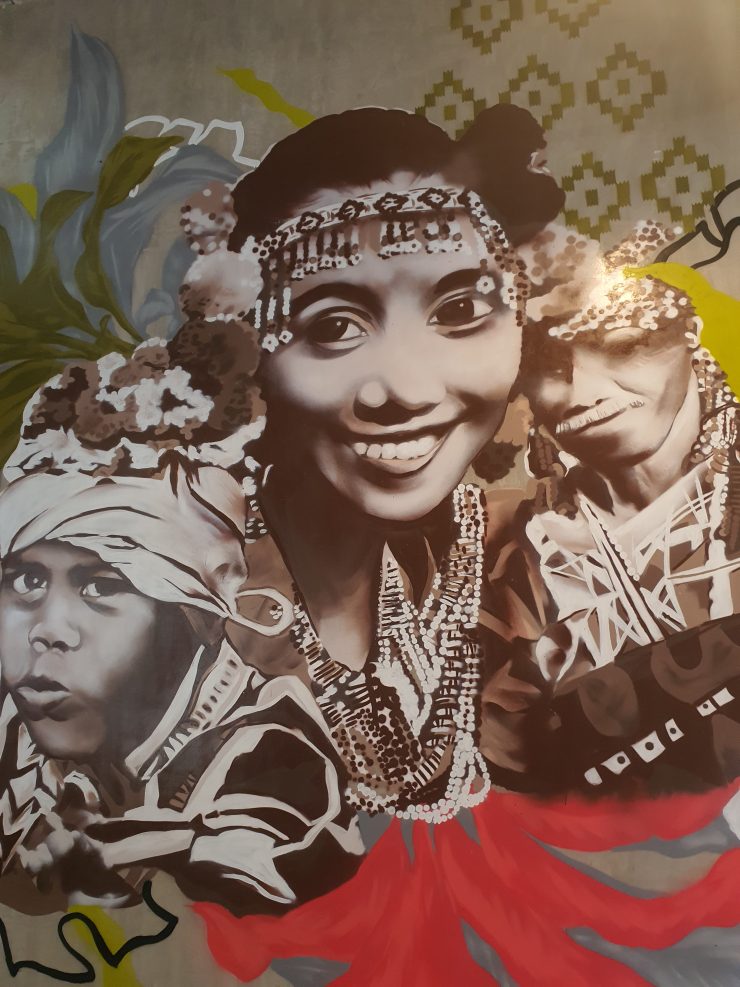 Above: Davao’s local culture gets immortalized into art at the Poblacion Market Central, a new lifestyle hub in the city.

MANTLE’s first travel assignment since the pandemic began was nothing short of an exciting cultural experience.

MANTLE’s recent trip to Davao, courtesy of airasia Super App PH, was a journey of many firsts. It was our first travel gig since the pandemic began—and incidentally, it was our associate editor’s first time setting foot in Mindanao.

As for the King City of the South, August 2022 marked the return of its premier festival: Kadawayan. A celebration of everything madayaw—good, valuable, and treasured things—Davao’s festivities expressed gratitude for what the locals hold dear: bountiful harvests, indigenous cultures and local customs, and a harmonious coexistence with community and nature.

MANTLE was able to chronicle the Kadayawan experience and a few trips around Davao in this two-part story (Part One may be accessed here, while Part Two may be read here).

However, that was just the tip of the iceberg, as far as sights and sceneries are concerned. We have so much more to show to you beyond the float parades and festivities: portraits of a dynamic city that sets an example of how culture must be cherished and celebrated, especially after almost two years of being physically apart. Enjoy.

I found it fitting that we began our Davao trip with a visit to the IMIN Philippine-Japan Historical Museum. There was something reassuring and appropriate about understanding a crucial part of our destination’s history.

The Japanese played an integral role in the development of the city, having emigrated from the Land of the Rising Sun at the turn of the 20th century to work in Davao’s abaca plantations. Up until the Second World War, the nikkeijin (Japanese diaspora) in Davao had created a flourishing community and economy in the locale.

When the eagle is away…

For obvious reasons, we couldn’t get up close and personal with the ferocious eagles of the Philippine Eagle Center. We just had to settle with its smaller and cuter cousin: the eagle owl, which makes its home in the massive birdhouse at Malagos Garden Resort.

No trip to the Malagos Garden Resort is complete without visiting the Malagos Chocolate Museum. Not only does it chronicle how these famed treats came to be, but it also details the exciting journey of hard cacao beans as they transform luscious chocolates.

It goes without saying that every corner of the museum smells like chocolate—though, its walls aren’t edible. You’ll have to go to their cafe to sample their assortment of sweets.

Though the Island Garden City of Samal is part of Davao del Norte, most travelers access the isle from Davao City. Samal is only ten to fifteen minutes away from the coast by sea, so it’s easy to tour the island’s natural attractions even if you’re staying on the mainland.

Getting to Samal early and quickly is essential if you want to see one of its more popular destinations: the Vanishing Island. The white sandbar is best visited at around 10AM, when the sun isn’t as harsh yet and the crystal-blue tides are just high enough to expose a beautiful arc of sand.

When food and creativity meet

There’s no contesting the dominance of Davao’s seafood and fruit (tuna and durian say hi!), but there’s a case to be made for creative restaurant concepts that are inspired by the local culture. For instance, Balik Bukid Farm and Kitchen takes pride in being an advocate for natural farming and sustainable living.

The restaurant uses mostly local produce from their own farms and from other local farmers, while their decorations and interiors are mostly made from recycled and scrap materials.

This piece would go on forever if we showed everything that we captured and experienced in Davao. Luckily, the Crown Jewel of the South is more than ready and open now to receive guests who want to explore its wonders.