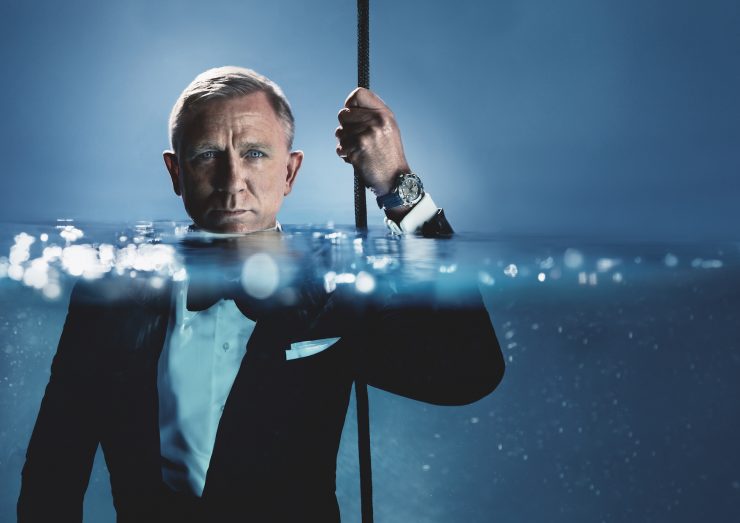 Since 1995, it’s only been the Seamaster for Britain’s most famous super spy.

With Daniel Craig’s last turn as James Bond, there’s a lot of speculation going on about who’s going to inherit the mantle. It’s still anyone’s guess at this point. But while we wait for the next person to take on the role of Britain’s most famous super spy, we can take a look back at what he brought to the table. Specifically, on his wrist.

Bond has had quite a few gadgets over the years. But arguably, the most iconic of these are his watches. They’ve been loaded up to the crown with everything from grappling hooks to detonators to EMPs in the movies, making them as much a part of James Bond lore as the vehicles he uses.

Bond has had quite a few watches over the past 60 years. But from the Pierce Brosnan era to now, he’s been an Omega man. Oscar-winning costume designer Lindy Hemming chose Omega for the super spy, saying: “I was convinced that Commander Bond, a naval man, a diver, and a discreet gentleman of the world would wear this watch.”

And indeed, Omega has legitimate ties to the United Kingdom’s Ministry of Defence (MoD), creating more than 110,000 watches for pilots, navigators, and soldiers during World War II. It even created a famous batch of 2nd generation Seamaster 300s in 1967, for issue to specific units. So it’s entirely possible Bond could have gotten one of these. The connection’s definitely there.

In any case, here’s every Omega that Pierce Brosnan and Daniel Craig have worn as Bond. And if they’re good enough for the man who keeps on saving the world, then you can bet it’ll survive your weekend drives and family barbecues.

Bond used a laser in his Seamaster to cut an escape hatch in the floor of Alex Trevelyan’s train. Later, Trevelyan confiscates the watch in Cuba, then uses its helium release valve to disarm two mines that 007 planted.

Bond wears a modified version of the Seamaster 300M, that has been modified in agent Wai Lin’s bicycle shop, using the watch to extract the helium release valve when onboard Elliot Carver’s stealth ship. The valve forms part of a remote detonator, which 007 combines with a glass jar and a grenade to blast a hole in the ship.

The World Is Not Enough (1999) Seamaster 300M Chronometer

When Bond and Elektra King are buried in an avalanche, 007 activates the LEDs on his Seamaster watch face by pressing the screw-down crown, illuminating the inside of his ski jacket. Then, in a nuclear bunker, Bond fires a miniature piton with a high-tensile wire from the watch to elevate himself to a gantry.

The Seamaster’s helium release valve comes into play once more when Bond again employs it as a detonator, inserting it into C4 explosive he has placed beneath the diamonds in Van Bierk’s briefcase, which he then explodes in Colonel Moon’s North Korean compound. After his release from captivity, Q furnishes 007 with a new watch fitted with a laser, which he uses to slice a hole in the ice palace when he rescues Jinx.

To tie in with the story of Bond becoming a 00, Bond wears two different watches. First, he sports a black Seamaster Planet Ocean 600M model. Then, once he has earned his double-0 status, he switches to the Seamaster Diver 300M.

Bond again wears two different Seamaster watches. First, he sports the 42 mm Planet Ocean 600M with a black dial and bezel when on his mission in Istanbul. Later, he dons the Aqua Terra with a blue dial.

After wearing the Seamaster Aqua Terra, Bond receives his Seamaster 300 from Q when he’s told that his Aston Martin DB10 has been reassigned. It proves a vital bit of kit when 007 manages to prime the watch’s explosive device when cuffed to a chair and then slips it to Madeleine. ‘Tempus fugit,’ he says (meaning time flies), prompting her to throw the watch towards the villain just as it explodes, allowing the heroes to escape.

Q modifies Bond’s Seamaster Diver 300M on the flight to Safin’s lair, fitting a limited-range electromagnetic pulse device, designed to disable electronics. Bond employs the pulse first to gain entry to Safin’s base and then to dispatch Primo by targeting the henchman’s bionic eye.