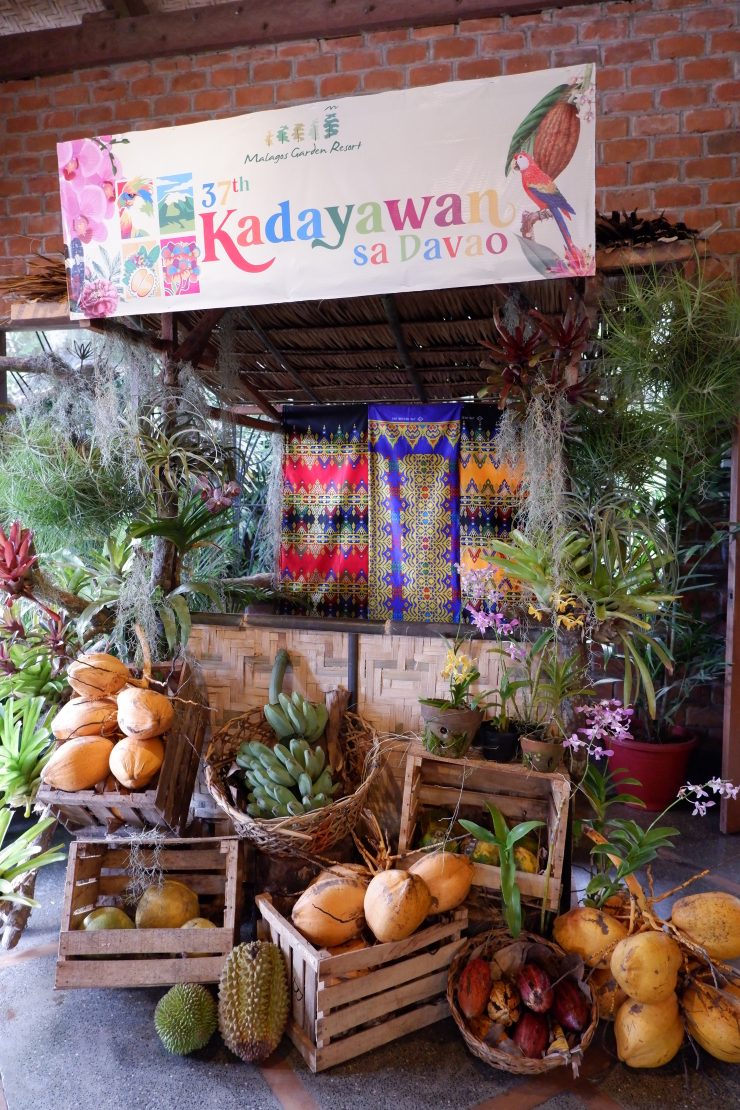 MANTLE goes on a rollercoaster experience in the King City of the South—mishaps and miracles included.

This story is the first of two parts. You may access the second part via this link.

Major festivals in the Philippines have been making their resounding return after almost two years—a welcome development after being locked up and grounded by the pandemic.

One of the earliest celebrations to return is Davao City’s Kadayawan Festival, a revelry of all things madayaw—a Dabawenyo term for something good, valuable and treasured. Through street dances, parades, displays of local fare, and other festivities, Davao City expresses its gratitude for what it holds dear: a bountiful harvest, its indigenous cultures, and harmonious living, among others.

Last August, airasia Super App flew us to the King City of the South to celebrate the return of the festival and rediscover what the region has to offer. In just four days, we partied on the streets, mingled with the locals, dined on Davao delicacies, and got up close and personal with nature.

No thanks to the pandemic, I took to traveling like a baby attempting to make their first few steps. And since the trip was my first travel assignment (and my first time flying since early 2020) I had pressured myself to have fun (take some time to bask in the irony) and make the most out of the journey.

Though the trip was short, it was meaningful and eventful enough for me to think about insights that could help a Davao first-timer enjoy their trip (or teach them what not to do).

However, and as with any exciting adventure, I learned that there isn’t a definitive way to enjoy yourself in Davao. Even what I thought were mishaps were, in retrospect, also quite madayaw.

So, I implore you to read the following musings with a jovial spirit, a hint of skepticism, and a fondness for off-kilter ideas.

When in Davao, eat durian as the Davaoeños do.

A word about the “king of fruits:” it’s one of the most divisive things that I know. A person will either revel at its creamy mouthfeel and custard-like flavor or retch at its strong aroma that they won’t even bother putting a morsel in their mouth.

I feel the latter toward durian. I can’t even stomach durian candy. I foolishly believed that I could survive our Davao trip without eating durian, but I guess the city has its ways.

On our first day in Davao, we checked in around lunchtime at The Royal Mandaya Hotel, located within the busy Poblacion District. We had already eaten our lunch at the Marinatuna Seafood Restaurant an hour ago, and I forgot to eat dessert after our tuna-filled feast. I was looking for something sweet.

As we were lining up in front of the receptionist’s counter, I saw a taho vendor stationed near the lobby staircase. Great timing! After sampling ten different tuna dishes, I wanted to counter that fishy aftertaste with the familiar sweetness of arnibal (a brown, sticky syrup), hot tofu, and cold sago mixed together. I went up to the vendor and asked for a cup.

When he opened the steel canister, a familiar smell assaulted my nose. I might have scrunched my face in disgust. I glanced inside the container and saw the culprit: slivers of durian.

Before I could stop the vendor, he plunged his scooper into the container and mixed slices of durian with the tofu before finishing it with sago and arnibal.

“Sir, libre po ‘yan, (Sir, this is free)” he said as he handed me the cup. I grinned back at him, masking my internal panic.

I wasn’t keen on throwing it away (I don’t like wasting food). I also didn’t want to be seen giving it to someone else. Besides, it seemed sacrilegious for me to deny durian in its very domain—not that people get banished from Davao for hating the king of fruits, but it still felt treasonous.

So, I took a deep breath. I placed my lips on the straw and took my first sip of durian taho.

I will say this: there’s something about the creaminess of durian slices that works well with the texture of soft tofu. The arnibal coats the durian flavor, creating this odd mix of sweetness and… well, a certain taste that I still couldn’t wrap my head around. It makes sense texture-wise—I can imagine a durian and taho lover enjoying this.

I didn’t expect durian taho to take me to the other side of the durian divide. However, I was proud of myself for getting out of my comfort zone, and allowing durian slices to slide down my throat.

I just smiled at him and said thank you.

Go out at night without a plan.

It’s also a quaint area to walk around in at night (at least, the streets near our hotel). I had always known Davao as a place of safety and discipline—at least, that was what I always read and heard in the news.

Perhaps that’s what emboldened me and Koko, my roommate and newfound friend, to head out late at night on our first day. Never mind that we had to be up by sunrise the next day for the float parade—what’s a bit of sleeplessness in exchange for new experiences?

Save for a few 24/7 convenience stores and sleepy diners amid shuttered shops, the southwest side of Poblacion District was eerily quiet. It took me a while to figure out why the silence was quite unsettling: the streets were also spotless. No heaps of trash, no stray leaflets of plastic bags carried by the wind. It’s as if nobody had been in the area for some time.

But that wasn’t the case at all, and not especially this week: it was the penultimate day of Kadayawan, and the Indak-Indak sa Kadayawan, the much-awaited street dancing competition (which, unfortunately, we weren’t able to watch), had just finished hours ago around the area.

You would think that even an efficient post-event cleanup team would miss a spot somewhere in these streets, but the poblacion was spick and span. It was so peaceful that I couldn’t imagine that a float parade was going to be held here the day after. Perhaps that’s Davao discipline at work.

I experienced the opposite of deafening silence on our second night, however. From our hotel, our group—Koko, Jeman, and I—walked five minutes northeast to Roxas Avenue to snack on street food at the Roxas Night Market.

Amid the usual grilled fare were an abundance of fresh seafood, ice cream shops, and—this was the first time that I had ever seen this—massage chairs and stations in the middle of the avenue. (In retrospect, it made sense.)

Our third night saw us at the Huckleberry Southern Kitchen & Bar. Nestled in an art deco building in a quiet side of town, the bar is located just two blocks from our hotel. Huckleberry saw us downing cocktails and pitchers to destress after a tiring third day touring Samal Island and the Philippine Eagle Center.

By no means am I a food and beverage connoisseur, so I did not have strong opinions about the meals and drinks we consumed. What I do remember clearly is that their prices were a bit lower than Manila’s restaurants, so I was elated.

We could have gone farther and explored other places at night. Within and outside the Poblacion District, there were several restaurants and bars that seemed intriguing. However, we conserved our energy for the daytime tours. This just gives us more reasons to return to the city at night—with a more solid plan now, perhaps.

Up next, MANTLE recounts their exhilarating (read: nerve-wracking) experience covering the street parades. Also, there’s that encounter with the cutest bats we’ve ever seen. Click on the link below to follow the story.