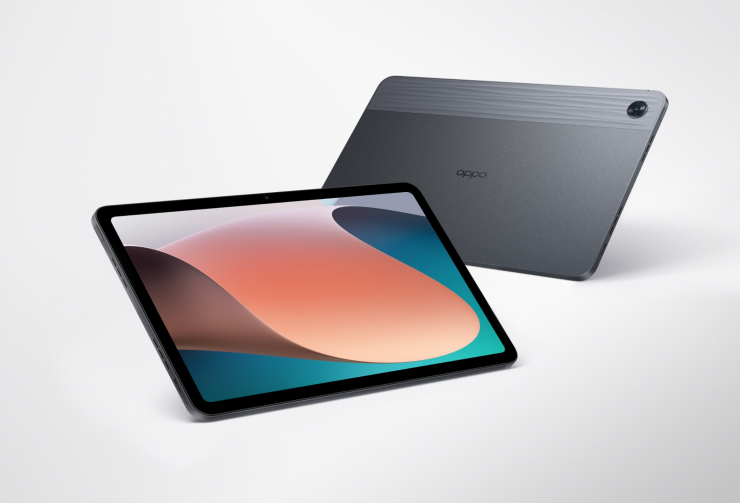 Mantle took Oppo’s compact, lightweight tablet out for a spin, and here’s what it was like.

Okay, let me start this off by saying that I’m a reluctant techie. I mean, I keep up with the news, watch the trade shows, attend the expos. But here’s the thing: it takes me a while to actually get around to picking something up.  I’ve always thought pioneers get the arrows and settlers let get the land. That’s sort of been my relationship with tech.

That said,  I’ve got the usual suite of gadgets you’d expect: a phone for comms and photos, a laptop for heavy work, a smartwatch to keep things in check, and a mid-size tablet for light work and streaming. All of this fits in a medium field bag. That’s everything you need, right? I thought so, too.

But enter the pandemic a couple of years back. A lot of us started working from home and I had to rethink what I brought with me. I started traveling lighter, because it just didn’t make sense to work outside anymore. Out came the laptop and the tablet. Today, they’re still on my desk—more or less, on permanent shore leave.

I was spending less and less time outside, so I slimmed down my everyday carry to the things I needed for the field: a couple of lenses for my phone, an audio recorder, a small water flask, cables, and all the rest. I fit everything in a smaller, waterproof bag, because I needed to get around more easily.

Even now, I’ve mostly stuck to the essentials. But as the pandemic wanes, and we get to travel more, I’ve been on the market for something that’s a little more powerful than a smartphone but not quite as large as a regular tablet.

So when they asked me if I wanted to take the Oppo Pad Air out for a spin, all I could say was: Go ahead, this is the choir you’re preaching to.

After cracking the box open, there’s the Oppo Pad Air, a cable, an adapter, and the manuals. It comes in fog gray, with a sandblasted surface and a 3D-finished panel in the rear that’s meant to replicate dunes at sunset. (For reference, Mantle went to Morocco a few years back, so you can see actual dunes at sunset here, shot from the back of a camel in the Sahara). The upshot is it’s a pretty bit of tech, especially for a tablet this size. And yes, it’s going to look good with your vape, too.

But first things first: the Oppo Pad Air is seriously compact. It fills the odd spot between a phone and a mid-size tablet: a hair over 9×6 inches, just over a quarter inch thick, and weighing in at just 440g.

It’s not breaking the bank in size and space, and it doesn’t even weigh a pound so it’s not going to wear out your shoulder either. It could easily slip into the smaller bags that a lot of us carry these days, and you won’t even notice it’s there. Over the weeks that I’ve had it, I’ve found that it’s easy enough to hold for long periods. It didn’t feel cramped or anything, so I’m not really missing out on the size so much.

So yeah, bigger isn’t always better. But how much use can you really get out of it?

The Oppo Pad Air is powered by the Qualcomm Snapdragon 680 Mobile Platform with 8 CPU cores and runs on Color OS for Pad. And what that means is it can handle most of the things you’ll want from it: streaming, some work, a bit of light gaming if you’re inclined. It can multitask fairly well with the split-screen function, and it isn’t  painful to switch from window to window, or use two apps at once. Overall, it feels easy enough to switch out your apps and the software experience doesn’t feel entry level.

You might want to fire up your computer for the heavy stuff, but for working on the go (documents, spreadsheets, basic photo processing for social media), this is enough power. Slap a bluetooth keyboard on it and you can sling emails and files handily, or quickly write something on the draw. It also has support for a stylus, if that’s more your thing. So far, so good.

Now it was time to test how it consumes content, which is where I think this little tablet shines in its category.

The display has a bit over 10 inches of screen real estate, which puts it close enough to the mid-size tablet range. I’ve used it to watch a few of the currently popular shows (one with dragons and another with rings, if you know what I mean) and the experience has been a pleasant one. The images are sharp, and the controls are responsive, which is all you really need when killing an hour or two.

As for the audio, there are four speakers—two on each side—which gives the sound quite a bit of depth, even with the volume turned up.  The system has Dolby Atmos built into it so I didn’t really feel the need to put earphones on or plug it into a speaker. I mean, it’s not exactly going to replace a home theater. You can’t expect a tablet to do that. But the sound is sharp and the dialogue is clear, so this is going to make watching on the go a better experience. Say, for travel or outdoor stuff. And with 7,100mah of battery power, you can do it for quite a long time as well.

There’s a camera on the rear and on the front, which are decent enough. This isn’t exactly the main thing you want to be using it for, but it’s nice to have one as a backup if your phone isn’t handy or if you need to pop into Zoom at a moment’s notice.

So is this worth the buy? Admittedly. It fills a niche need. It’s either your entry level tablet or a sidearm you take when traveling light, for the times when you need more productivity and screen space than what your phone can provide. But in this niche, it performs well. It’s handy for light work and excellent for consuming media.

Is it the best in its category? We’ll have to see. But overall, the Oppo Pad Air is going to give the entry-level tablet competition a run for its money.