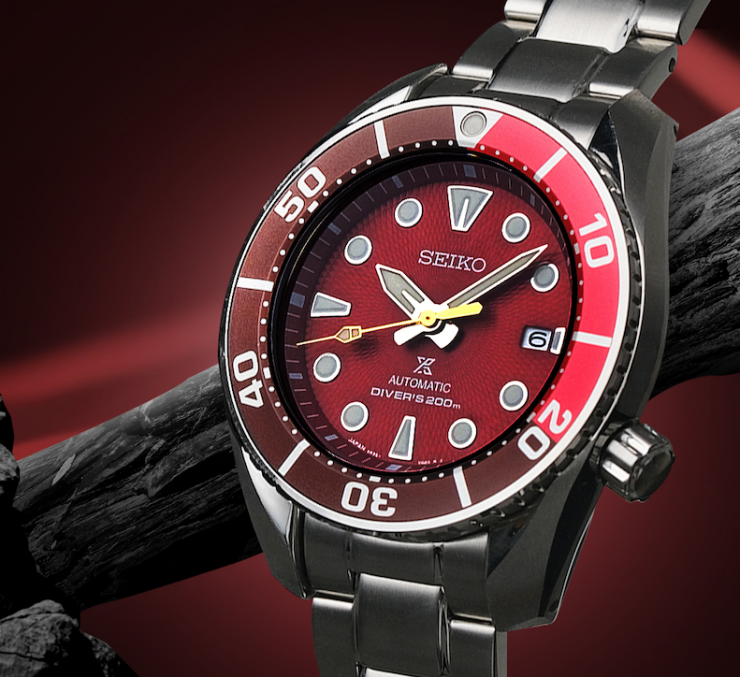 Third time’s the charm for Seiko Philippines, and they’re letting an eagle loose on the shelves with their new limited-edition release.

As Seiko’s rugged line of tool watches, the Prospex collection is meant to go basically anywhere with their owners. From dive watches to chronographs, it’s got a timepiece to cover most sports and outdoor activities you’re likely to get into. This, of course, has given the collection quite a sizeable fanbase in the local scene. And for three years straight, this fanbase has been given its own series of limited-edition watches to call its own.

Back in 2020, Seiko launched the first Philippine Limited Edition Prospex, which was inspired by the Tubbataha Reef: a UNESCO World Heritage site renowned for its marine life and natural features. This was followed by another model in 2021, which was themed after the colors of the Philippine sunrise. This year, Seiko’s third Philippine Limited Edition Prospex watch hit the shelves: a rugged, technical diver that draws its looks from the Philippine Eagle. And of the three, this one looks to have the most complex design.

The Prospex Philippine Eagle (SPB345J1) has a two-tone rotating bezel as well as a textured dial, which is stunning to see up close. The pattern on the textured dial appears to represent the feathers of the Philippine Eagle, and you can see the colors shift in subtle gradations as you move the watch around. This tells you a lot about the craftsmanship that’s gone into the thing. It’s cased in stainless steel, with a three-fold clasp bracelet to match, and a sapphire crystal to show off the dial.

Powering the whole thing is Seiko’s 6R35 calibre: an automatic movement that has a 70-hour power reserve. You can also wind it up manually, if that’s your thing. In any case, the Prospex Philippine Eagle has a water resistance of 200m, which means you can absolutely dive with it if you’re inclined to.

Overall, Seiko hit it out of the park with this design (as they did with the Tubbataha Reef model), and local collectors will likely save a spot on the watch vault for it. Only a thousand of these watches will hit the stores, and they’ll come in a special red packagings, as well as a box with an eagle head etched in gold.

The adopted eagle has been named Eiko, which means “flourishing” or “prosperous” in Japanese—perhaps as a nod to the foundation’s hopes for the animal. Part of the proceeds of the sales from the 2022 Philippine Limited Edition Prospex watch will go to the foundation for the shelter, care, and food of Eiko.

Seiko is also directly contributing to the restoration of the rainforest by helping plant trees in the Sierra Madre region. For each model of the Philippine Eagle sold, a tree will be planted in the under the owner’s name. You can even track your tree’s progress—as well as relevant info, like its species, its exact location, and details about its care—through the Eco Matcher app, which you can get on your phone.

Being honest, this is pretty cool. You buy a Prospex Philippine Eagle to help save the actual Philippine Eagle, and you get to wear a reminder of it every time you look at your wrist. And it could just be your eco-friendly good deed for the year.