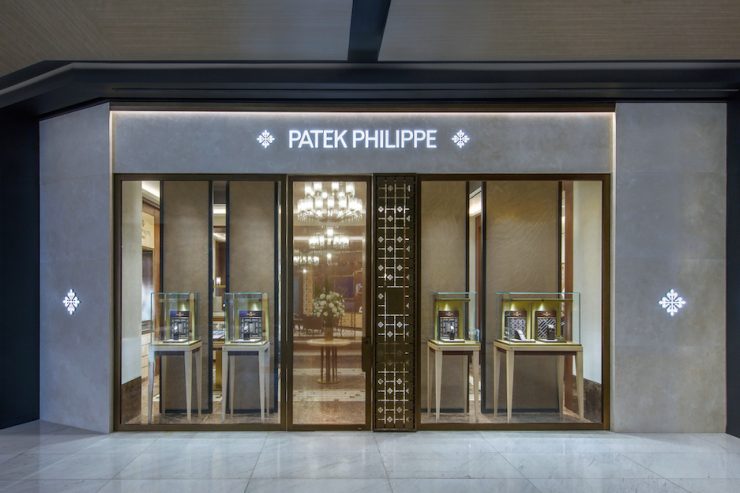 Stern’s visit to Manila isn’t just about opening a new boutique. It also means that you can look forward to seeing one of the oldest maisons in the country for generations to come.

Back in 1998, Patek Philippe opened its first boutique in Manila. This was a landmark event for the collectors in the Philippines. No longer did they need to fly out to get their hands on some of the most coveted timepieces in the world—they could now get them (or at least, line up for them) right in the country. The boutique was a partnership with watch retailer Lucerne, which carries some of the most prominent names in high horology.

Now, nearly thirty years later, the partnership is taking things up a notch with the opening of a new boutique in Greenbelt 3. And it wasn’t just the new boutique that was the highlight of the occasion. Thierry Stern himself—president of the maison—flew in to personally inaugurate the space.

But first, let’s take a look at the boutique itself, because it’s the largest of its kind in Manila at 150 square meters. For one of the oldest maisons in existence, it looks about what you’d expect.

From outside, Japanese wood panels adorn the facade, and you can see the subtle lighting casting a soft glow on the marble floor. But it’s once you step in that it truly transports you.

First off, you’re greeted by a collection of the Maison’s timepieces—from the elegant Calatrava models to the ever popular Nautilus line (you can check out the latest Nautilus release here). This is likely the largest collection you’ll see in the country, and you can appreciate how much effort was put into the whole space.

Every bit of the boutique has been meticulously planned out: the furniture was flown in from Switzerland; wallpapers from France and the Netherlands; and a bespoke Baccarat crystal chandelier imported directly from France.

There’s also a specially-commissioned triptych on display, inspired by Patek Philippe’sRef. 20011M “Scarlet Macaw” dome table clock. The table clock is a particularly ornate piece, which is done with cloisonné enamel. Cloisonné is a technique that uses thin wires to create the image’s outline, before filling up the spaces in between with colored enamel. It’s a painstaking process, and is one of the finer crafts in watchmaking. And naturally, Patek Philippe is a master of the technique.

If you’re interested in Patek Philippe’s history, there’s also a small exhibition area, where interactive screens display the story of the maison. It currently shows the Twenty~4 collection for women, but will later put the spotlight on other collections.

But one of the most interesting details about the new boutique is how they use a specially-blended Grand Quai fragrance that wafts across everything. This is a signature scent that was initially created exclusively for Patek Philippe’s salons in Paris, London and Geneva. It essentially completes the experience: the same thing you’d get from boutiques in Europe.

The boutique wasn’t the only big news, though. Thierry Stern—alongside a few other representatives from Patek Philippe—flew to Manila to personally inaugurate the space. Thierry is a well-known figure in the watchmaking world, being the head one of its oldest names. Since becoming president of the maison in 2009 and succeeding his father, Philippe, Thierry has carried on the Patek Philippe tradition, making watches that are meant to be passed down to the next generation.

In Thierry’s time, the maison’s workshops have come up with supercomplication pocket watches, grand complications on the wrist, and one of the most complicated wristwatches that the company has ever produced—the Grandmaster Chime. It’s been an impressive run so far, and the new boutique in Manila will allow collectors the full breadth of the Patek Philippe experience.

“We have started a partnership in the Philippines with Lucerne more than two decades ago. The new boutique will help to reinforce our presence in the market and improve clients’ experience of our brand,” Stern says.

The launch accomplishes one other thing: it signals that the maison’s signature timepieces will be in the country for decades to come. With a new space to call its own—and the whole experience that comes with it—Patek Philippe is intent on building on what it already has here.

But the maison isn’t the only one enjoying a milestone this year. The launch also comes ras Lucerne celebrates its fourth decade in the industry.

“This year marks the 40th anniversary of Lucerne, and we couldn’t be prouder to have been representing Patek Philippe in the Philippines for 24 of those years,” says Emerson Yao, Lucerne Managing Director. “We are honored to have had the trust of the Stern family since 1998; and we are honored to jointly open this store.”

As Stern says in his opening remarks: “You can have the nicest place in the world, but if your partner is not the right one, it won’t work.”

But with everything we’ve seen the past 24 years, it’s a partnership that has worked and it’s one that will continue to look ahead—looking after the watches that get passed down from generation to generation.