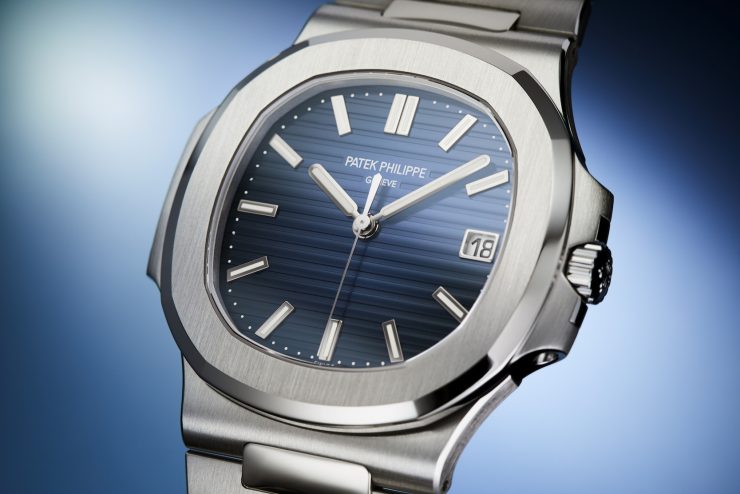 Patek Philippe releases the follow up to a legendary model. And it’s likely to be the next grail for collectors.

When the Nautilus was first introduced in 1976 it was something of a surprise. Patek Philippe had never before released a luxury sports watch, and having it come in steel made it even more surprising. Steel wasn’t exactly considered a luxury material back then, though that would change soon enough.

The Nautilus was created by legendary designer Gerald Genta—apparently, in a matter of minutes on a paper napkin while at a restaurant.

The design is inspired by a submarine porthole, with its subtle angles and sleek shape. Since its release back then, it’s become one of the most important collections in the Patek Philippe catalogue.

So when Patek Philippe announced that it was discontinuing the Nautilus 5711—long seen as the most iconic model in the range—there was understandably some uproar in the watch collecting world. The maison released a couple final editions: one with an olive green dial, and another one bearing the Tiffany & Co logo on the dial, in their signature Tiffany blue. The latter made news by selling for a considerable sum at auction. The price? Upwards of 6 million USD.

For a while, that was the end of the story, and the Nautilus 5711 simply no longer existed. Though were was a lot of speculation as to what would come after, there wasn’t really any news. Until now, anyway.

Meet the Patek Philippe Nautilus 5811: a reinterpretation of one of the maison’s most iconic timepieces, and likely the new grail. While it takes on a familiar form, there are a few diiferences to look into.

First off, the 5811/1G is made out of white gold, a notable departure from the stainless steel case that made the original Nautilus such a surprising release all those years ago. At 41mm, it’s also a millimeter larger than the 5711, which still makes it very wearable for most wrists.

As for the looks, the new model sports a blue sunburst dial with black gradation, and some subtle changes to the design. Still, it retains the elements that have made the Nautilus what it is: the rounded octagonal bezel, the two protrusions on the sides of the case, the horizontal grooves on the dial, and the date window at 3 o’clock.

The case is water-resistant to 120 meters and made up of two parts—a reference to the original 1976 Nautilus. And powering the whole thing is the automatic calibre 26-330 S C, which can be viewed through the sapphire case back.

Will this new version of the Nautilus be a go-to for Patek Philippe collectors? It’s very possible. Will it be quite as popular as the 5711? We’ll have to see. The short of it is that this is a Nautilus through and through—a real successor to the 5711—and that will likely earn it a spot on many lists. Still, like with any new release, we won’t know until the dust settles down a bit. But given how much talk there already is, it won’t be long ’till we find out.