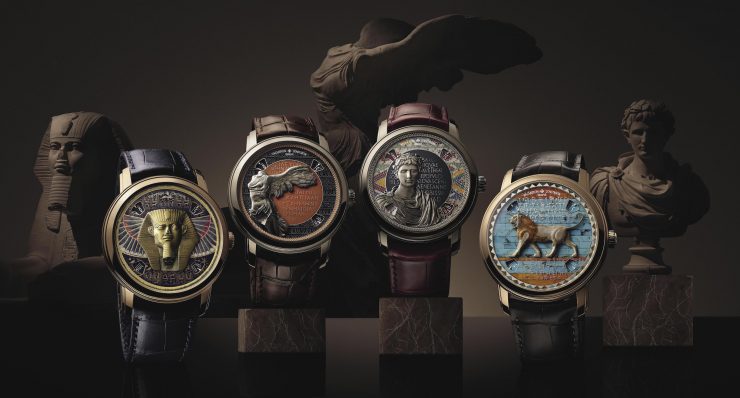 Called The Anatomy of Beauty, the exhibits pulls out some of the maison’s rarest timepieces to give visitors a walk through watchmaking history.

As one of the oldest watchmaking maisons that exist, (counting more than two centuries under its belt) Vacheron Constantin has an entire history of watches to call its own. The maison’s inventive, yet restrained designs have become classics in the watchmaking world, and the craftmanship of its workshops are currently on display at the ArtScience Museum in Singapore’s Marina Bay Sands.

Select Vacheron Constantin timepieces have been curated into an exhibit called The Anatomy of Beauty, andis meant to trace the maison’s watchmaking history, with timepieces from the 19th century to the modern day. The exhibit is divided into several “Experience Areas,” each one highlighting a key era in the maison’s development.

From early pocket watches and the decorative arts, to mechanical complications and the landmark 222 (a legenadary sport watch that has recently returned to production), you can take a walk across history and see how these watches both influenced and were influenced by their time.

The exhibit marks the reopening of Vacheron Constantin’s Marina Bay Sands boutique, and will run from October 16 to November 2, so there’s still some time to book a flight to Singapore if you want to catch some rare watches on display. It’s also open to the public, with tickets available at the ArtScience Museum website. With travel slowly getting back into full swing, it’s a good reason as any to make your way to the Lion City.