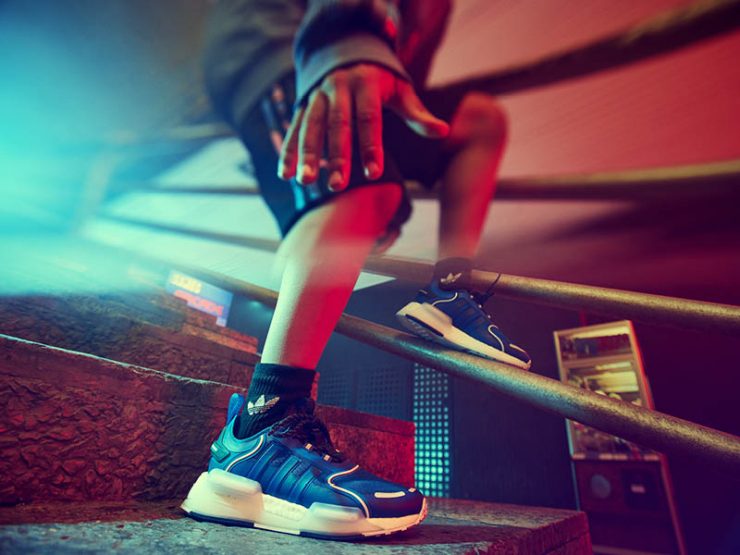 These fresh kicks are for rebellious explorers forging the cities of tomorrow.

When Nic Galway created the NMD in 2015, he kept a simple design philosophy in mind: to connect the past with the future. The senior vice president for global design at adidas directed his team to dive into the archives, take whatever they remembered, and come up with an original that integrated the brand’s contemporary innovations.

The resulting shoe referenced works from the ‘80s (the Micro Pacer, Rising Star, and Boston Super) while utilizing BOOST (those comfortable midsoles from the popular Ultraboost) and Primeknit for sock-like fits.

But Galway was mindful of the following things: they should not copy what was done before, and they should include only what was absolutely necessary for the NMD wearer: a comfortable, sports-inspired shoe for an upbeat and current urban lifestyle.

“Everything on the shoe has a purpose. There’s nothing there you could take away and have the same sensation of the product,” the senior vice president said in an interview for Complex.

This design ethos manifests in the shoe’s third iteration, the adidas NMD_V3. The original silhouette gains a transparent heel clip and an outer shell that partially encases the BOOST cushioning. The upper is also re-engineered to contain at least 50% plastic waste collected from ocean and coastal cleanups (the material itself is aptly named “Parley Ocean Plastic”).

In short, just like its ancestor, the NMD_V3 draws from a past design combined with the technologies of today.

But more than its technical aspects, the shoe’s spirit of novelty and innovation makes the NMD and its iterations a favorite among those who rebel and chart their own paths—which comprise a good majority of today’s young, hip, and urban generation.

The original song tells the story of OGs who fearlessly bring the heat and are unafraid to create their own paths. Both Denise Julia and Kritiko contributed to the lyrics of “Create New Paths.” The music video premiered in an exclusive launch event last September 30 at Kondwi Bar in Makati.

“Partnering with these local artists to produce an original song specially for this launch is a first for the brand, and we couldn’t have chosen better creators to represent NMD,” said Jen Dacasin, adidas Philippines Brand Activation Manager. “Denise Julia, Kritiko, and Moophs are all rebellious explorers who’ve forged their way to make names for themselves through their creativity and artistry.”

Catch trailblazing nomads Denise Julia, Kritiko, and Moophs as they heat up the city in the music video of ‘Create New Paths’ through adidas Originals’ YouTube channel and adidas Philippines’ Facebook and Instagram accounts.