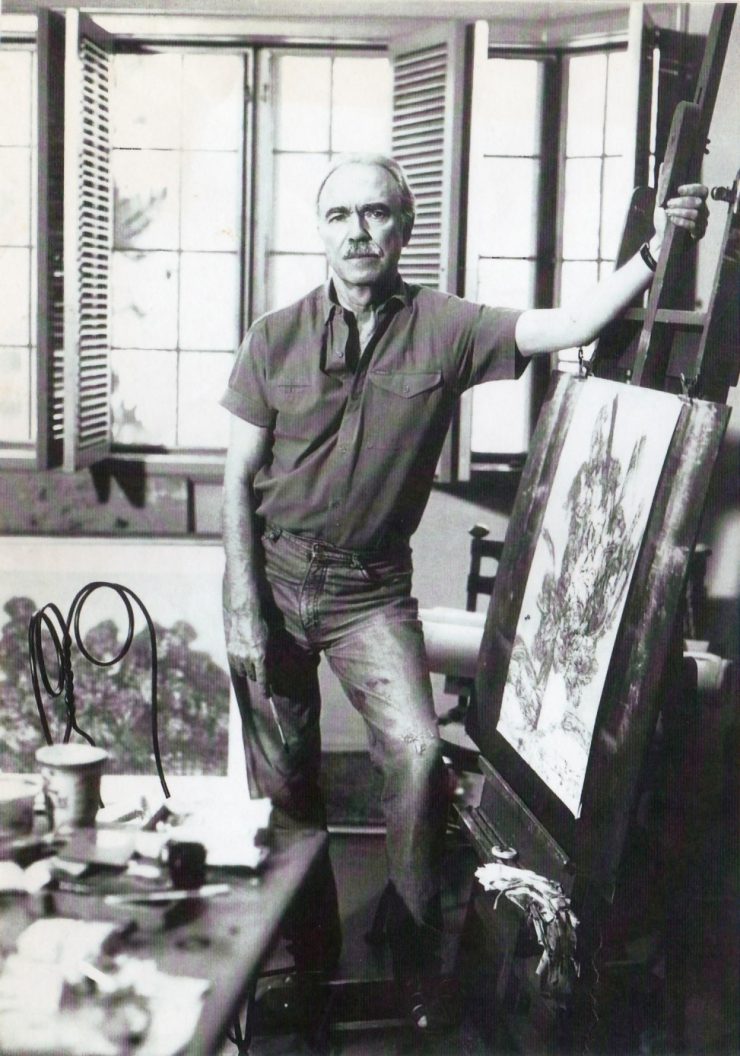 “Prized and Personal” is a must-see exhibit at Fundacion Sansó that features the artist’s most dramatic and monumental paintings.

Enthusiasts of Juvenal Sansó’s work have until this Saturday to catch “Sansó: Prized and Personal Raffy Simpao Collection,” the third exhibition for the year in Fundacion Sansó’s “Prized and Personal” cycle. The series of shows, running from 2022 to early 2023, highlights works owned by avid Sansó collectors and explores the various aspects that move them to collect his art.

Composed of 36 pieces from businessman and banker Raffy Simpao’s personal collection, including large-scale, dramatic En Vase floral paintings and peaceful landscapes and seascapes from the Brittany and Breton House Series, the exhibit shows some of the finest pieces from Sansó’s prime in the 1970s to the 1990s.

A standout piece in the show is “Stately Opulence”, an En Vase painting with a vibrant orange background. The work happens to be Simpao’s first Sansó acquisition, as he especially likes the floral composition of the painting.

Other notable pieces are “Solemn Peacefulness” and “Sublime Contentment,” two Brittany landscapes that each measure 45 x 65 inches in size.

Also featured in the exhibit are a select number of pieces from the Reverse Series, whose technique stems from Sansó’s previous work in theater. Sansó would paint an all-black base, so that his stage backgrounds would not shine white under the harsh spotlights.

The artist applied this same technique on his Reverse Series of paintings, prepping a black base first then adding the colors by layer, slowly building each one up to complete the painting.

This exhibit is also a study in intergenerational collections, as Raffy Simpao recalls the influence his father, Rafael “Babes” Simpao II, had on him in appreciating Filipino art. The younger Simpao relates that his father would bring him along to studio and house visits of Filipino masters such as Mauro Malang, Romulo Olazo, and Sansó himself.

This early exposure to art eventually developed into a serious passion for collecting, with father and son trading or buying artworks from one another.

The exhibition cycle of “Sansó: Prized and Personal” will culminate in the publication of a book of the same title, to be published by Fundacion Sansó. The coffee table book will focus on the artwork, essays, and interviews from these exhibits, and will be a case study on the passions and motivations of collectors in the Philippine art scene.