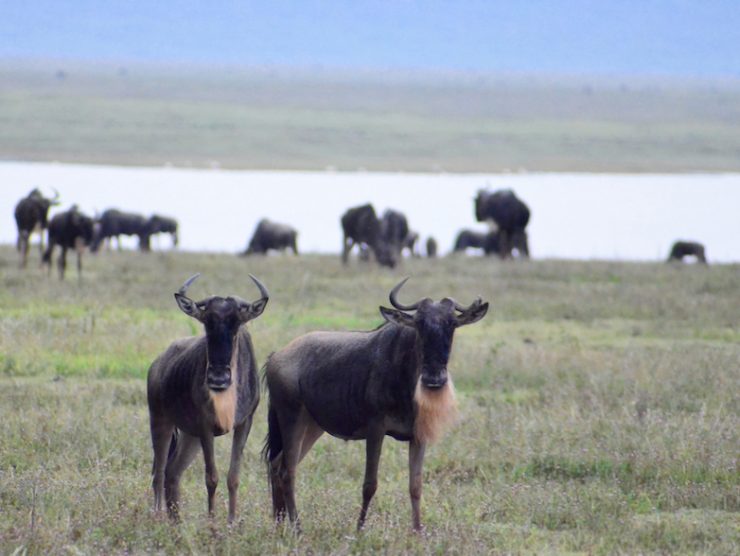 Explorer and environmentalist Gregg Yan heads into the African wilds to give us a firsthand view at these often overlooked animals.

The herd of Thomson’s gazelle bounced weightlessly up and down the savannah, as if on springs. The lithe animals zoomed through a mud-caked herd of waterbuck, grazing impassively by the shores of Lake Nakuru in Kenya. From the trees peered curious impala, slender curved horns betraying their hides amidst swaying golden shrubs.

This is Africa: wildlife central. And while more popular animals like elephants, lions and giraffe get all the attention, I’ve always had a soft spot for antelope. These gentle grazers can be found everywhere in the African continent—from the highest summits to the hottest deserts.

Though they resemble deer—or in the case of wildebeest, anorexic cattle—antelope belong to the family Bovidae, along with goats, buffalo, and cattle. Deer, meanwhile, hail from the family Cervidae. The easiest way to tell them apart is that antelope have permanently-attached horns, while male deer have branched antlers which they shed yearly.

They’re found in different parts of the world, though the great majority of antelope—78 of 91 known species—live in Africa, where they are called swala. The largest of these is the eland, standing six feet tall, while the smallest is the royal antelope, around the size of a bunny rabbit.

My fascination for antelope took me all across Africa, to see them up close in their natural habitat. Up the frozen slopes of Mount Kilimanjaro, we tracked duikers—elusive forest antelope. Inside Ngorongoro Crater grazed thousands of Thomson’s gazelle and their larger cousins, Grant’s gazelle. In the searing Serengeti plains roamed a literal sea of blue wildebeest, renowned for undertaking The Great Migration, the largest mammal migration on Earth.

The migration begins with the birth of nearly half-a-million wildebeest calves in the southern Serengeti from January to March. When the grass dries up in May, the herd—up to two million strong—journeys north, bolstered by hundreds of thousands of zebra and other antelope. As one, they leave Tanzania for Kenya’s Masai Mara Reserve, where the grass is quite literally, greener. The herd is so immense it forms an unbroken column up to 40 kilometers long.

Natural perils whittle down over 300,000 grazers each year, but enough survive to continue the great trek back to Tanzania and the Serengeti plains each October, where the age-old cycle begins anew.

“Responsible tourism is the key to keeping our animals alive. If people keep visiting our national parks, then there will always be strong incentives to keep poachers away,” explains African wildlife guide Joseph Laiza.

If you’re keen to go on a once-in-a-lifetime safari, remember to pack at least a 200mm telephoto lens, spare batteries and power banks, a good hat, plus a jacket: Kenya and Tanzania can be pretty cold. (ed: you can take some inspiration from these).

Though I have many snaps of Africa’s more iconic animals, this story is dedicated to the quiet grazers, the preyed-upon, the so-called second-rate safari subjects. But today, at least, they are the stars.

If you’re looking to get some advice about booking an African safari, or simply want to talk about wildlife and eco-tourism, you can reach Gregg Yan on Facebook or Instagram.