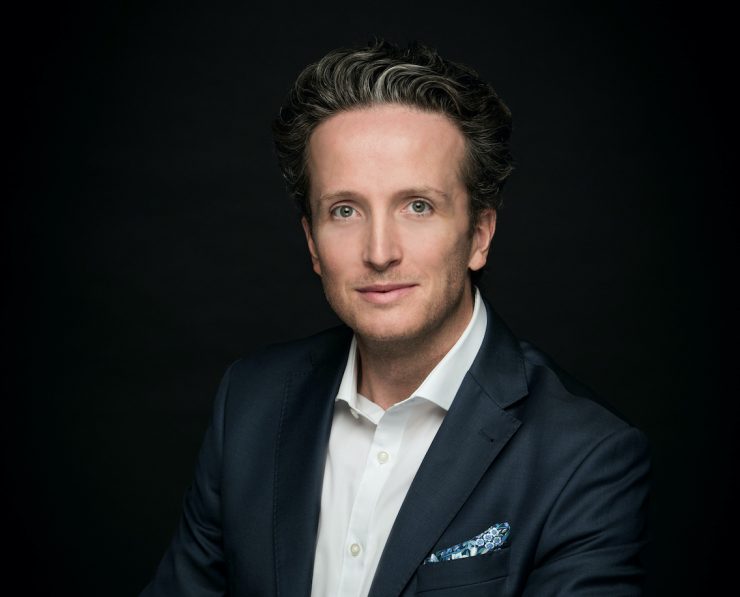 Mantle speaks to Vacheron Constantin’s Gael Porte about the return of the 222, the popularity of the Overseas, and the future of the maison.

Nobody knows exactly when it happened. Up until a few years ago, it was possible to walk into a Vacheron Constantin boutique, pick up an Overseas, and head home with it. These days, you’d be lucky to find one. The demand for the Overseas has risen to point that Vacheron can’t make them fast enough, and the line for purchasing one is only getting longer.

Still, this is a good thing. Vacheron Constantin isn’t a house that’s looking to pump out watch after watch. They’re all about doing things the right way. And the right way means everything—from the design to the finishing to the photos—has to be done as close to perfectly as possible.

For a house that’s more than 200 years old, it’s about what you’d expect. And it’s in the same spirit that they’ve opened their latest boutique in Manila. While the boutique was launched just this year, it took eight years of planning, meetings, and visits for it to finally happen. And as I visit the new boutique and speak to Gael Porte—the Maison’s Managing Director for Southeast Asia and Australia—I get to see just how much this approach has paid off.

“We finally managed to find this location about a year ago.”

It took them that long, just to pick the right spot. But the wait seems worth the trouble. The space is in Greenbelt 5 in Makati, right alongside other luxury watches and heritage brands. And the minute you walk into the Vacheron Constantin boutique, you’ll recognize the same elements from its boutiques across the world.

From floor to ceiling, the entire space is done up in muted colors, using a tasteful mix of restraint and embellishment. Between the wood panels, the glass, and the accent lights on the ceiling: this is a Vacheron Constantin space through and through.

On the display cases are some of the house’s signature watches. Though, again, you’d be hard-pressed to find an Overseas that hasn’t been spoken for. The current popularity of the Overseas, Gael says, is part of the global rise in interest for sport watches. Though I think it’s probably more than that. I think it’s the Overseas finally getting its due.

“We are of course very happy and honored to see a big success to the Overseas collection,” Gael says. “This is the third generation that we launched a couple of years back and now yes the demand is much higher than what we can supply.”

If you’ve been interested in watches at all, you’d know that the Big Three houses of watchmaking—which includes Vacheron Constantin, as well as Patek Philippe and Audemars Piguet—each have their iconic sport watches. The Overseas, launched in 1996, is one of Vacheron Constantin’s most recognizable designs.

It’s an interesting watch, for sure, with the fluted bezel and the casually elegant design presenting lots of curves and edges. There’s a certain openness to the design: a nod to the spirit of travel that inspired it. It’s definitely unlike any watch outside of the house (or even, perhaps, in it.)

But as popular as the Overseas is now, it also had a predecessor that was just as iconic—one that was launched in the middle of the Quartz Crisis in 1977. This watch was the 222 (also known as the triple two). The 222 was designed by Jorg Hysek, one of the watch industry’s greats, who ranks among the likes of other iconic designers like Gerald Genta.

The 222 had a tonneau shape and a notched bezel that was visually uncommon for Vacheron Constantin at the time, though it was done quite elegantly and looked every bit a luxury sport watch. By 1985, the last of the 222 models rolled out of the workshops.

Still, in the watchmaking world, timeless designs have a way of coming back.  And during this year’s Watches & Wonders, the Maison announced that it had decided to give the 222 another go. An iconic sport watch making a return after more than thirty years? This was definitely huge news.

“The 222 has been a big, big success and warmly and very well received by press and professionals during  Watches & Wonders back in April 2022,” Gael says.

And this isn’t just an empty statement. Virtually every article about the 222 from April heralds the watch as a hit for Vacheron Constantin. But beyond that, it’s the actual interest from collectors that indicate how big of a deal the watch is. Already, the line for the 222 has become a long one, though Gael can’t say exactly how long.

“The demand is really high,” he admits. “We don’t know yet how many pieces will be produced. It’s not a limited edition.”

And neither are most of the Overseas models, but you get the point. This is going to be a watch that’s difficult to come by.

Gael goes on to mention the features of the new 222, but he’s quick to explain that this isn’t a restyle of the original. Well, technically, it’s a re-edition, but it’s as close to the original as possible. It’s even the same size, just with a few tweaks here and there to bring the watch thoroughly into the modern age.

The bracelet, he says, is much more ergonomic. The calibre has been upgraded to give it better reliability. There’s also a better design for the date, which sits a bit more in the center than the previous model.

“I would say from two, three meters, you could not say the difference between a vintage one and the new one.”

It’s likely that even collectors who own a vintage 222 would be interested in the new one. And given the demand for sport watches now, this is going to be on a lot of grail lists.

But even as the 222 returns and rakes in the names on the wait list, Vacheron Constantin isn’t one to sit on its hands. And though it might be considered a traditional house in some respects—with centuries of history behind it—that doesn’t mean things don’t change.

“Vacheron Constantin has been looked at as an old maison, but innovation has been part of our DNA,” Gael says. “Innovation can be through a very different approach. This is part of it.”

From complications to movements to interchangeable straps that users can switch out themselves, the Maison continues develop new ways to make their watches better. And just this year, they adopted blockchain technology to record ownership for their timepieces.

Perhaps these changes aren’t as loud or as obvious as in other industries—they aren’t looking to reinvent the wheel like the tech world does—but these have given Vacheron Constantin pieces both more utility and wearability on the whole.

“I would say this versatility and the interchangeability of the strap and the bracelet would become kind of a new normal. I would believe clients would expect this from older products,” Gael mentions.

“It looks new and very innovative today but it’s going to be part of the new normal soon. More and more we are launching products with this approach and functionality: on the watches such as the recent novelties in the ladies collections.”

And there’s a lot to look forward to still. The mechanical watchmaking world is experiencing a kind of renaissance at the moment, perhaps unexpectedly.

You’ll remember that just a few short years ago, the rise of smart watches brought a sense of fear into the space. That, once again, the mechanical watch was facing a decline. People thought it would be the second coming of the Quartz Crisis. But the fear proved unfounded in the long run, and the interest in mechanical watches has been on the rise in both boutiques and at auction houses, particularly for sport models.

I ask Gael where all this interest in sport watches come from. Is it from the older collectors, perhaps? Are younger people getting into watches?

“The fantastic interest and the growth of interest I cannot say I can explain,” he answers. But as for where it’s coming from, Gael says: “It’s coming from all the generations.”

And as for the future? What’s in the pipeline for Vacheron Constantin? In the industry, people are naturally tight-lipped about this sort of thing, and the only thing Gael can say is: “I am so sorry I cannot. But one thing I can share with you is most probably you will not be disappointed.”

Most probably, we won’t. Given how well the the 222 was kept under wraps (and how well it has since been received), I think it’s best we leave them to their secrets. And with the year not yet over, Vacheron Constantin might just pull something else out of its sleeves. And for people who are going on the list for the 222 and the Overseas: you now have the new boutique to visit to get your fix before your watch arrives.