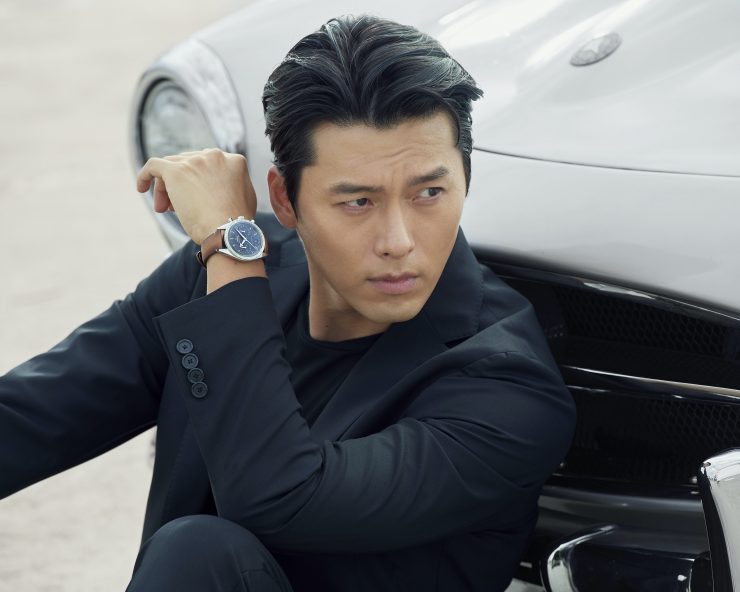 The Speedmaster didn’t just go to the moon—it’s on the wrists of stars as well.

Apparently, the Speedmaster isn’t just exploring space these days, it’s also on the wrists of stars.

George Clooney and Hyun Bin—some of the most recognizable faces today—are both part of Omega’s roster of friends. And as you can see from the portraits below, they’re both donning the iconic watch, which is celebrating its 65th anniversary this year.

Originally launched in 1957, the Speedmaster is Omega’s most famous chronograph , and it’s got quite a history. It’s the watch that went to the moon and even helped save the Apollo 13 astronauts from a disaster in space.

The Speedmaster ’57—which you can see on the wrists of Clooney and Hyun—hews close to the original design. It sports a case that has classic proportions and a manual-wind chronometer movement that’s derived from the one used in the first releases. Design-wise, it’s got a vintage charm without being too heavy handed, and is made out of thoroughly modern materials. Signature 1957 details include the brushed metallic bezel with its “Dot Over Ninety,” as well as the emblematic broad arrow hands.

“The Speedmaster ’57 is known for its quality and timeless charm,” says Raynald Aeschlimann, President and CEO of OMEGA. “George Clooney and Hyun Bin are the perfect leading men to showcase these values and prove exactly how the timepiece fits with the dashing style of today.”

The full Omega Speedmaster ’57 collection now includes eight new models. Along with blue and black dial models, there’s also the choice between green and burgundy dials. And with George Clooney and Hyun Bin at the head of the pack, the Speedmaster is looking quite good for its 65th birthday.