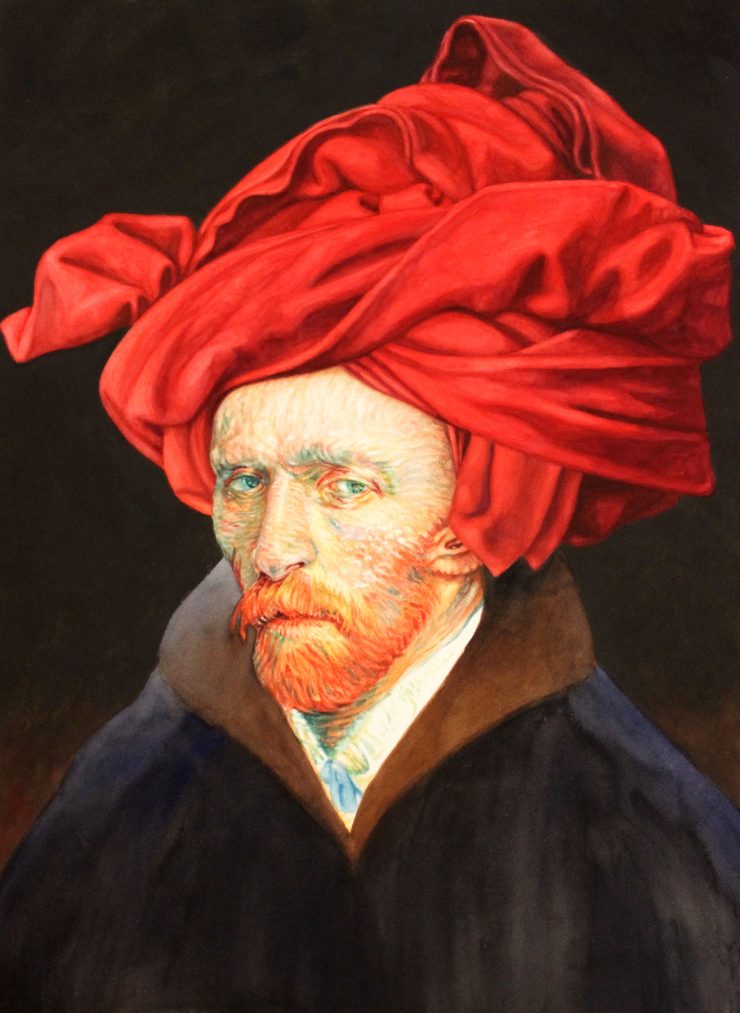 Mirang selects celebrated works, from the Renaissance era to the postmodern age, to present reflections on the art of painting. He captures every detail—whether they may be originally rendered in stone, oil on canvas, or other media—in pure watercolor.

Thus, not only does “Pugay Kamay” pay tribute to the masters of art, but it is also a display of Mirang’s mastery of his chosen medium.

With an artistic career spanning thirty-eight years, Christian Mirang is a hall of famer at “Kulay Sa Tubig,” a watercolor art competition, winning the award in 1999, 2000, and 2005. He has also been featured in several notable art publications, including “Twentieth Century Filipino Artists” by Manuel Duldulao, People Magazine’s “Ten Artists” in 1982, and in Reader’s Digest, wherein he painted the back cover in 1995.

“Pugay Kamay” will run until September 18, 2022, at Art Lounge Manila at the Molito Lifestyle Center, Muntinlupa City. For more information visit artloungemanila.com. Check out @artloungemanila on Instagram and Facebook for more details.