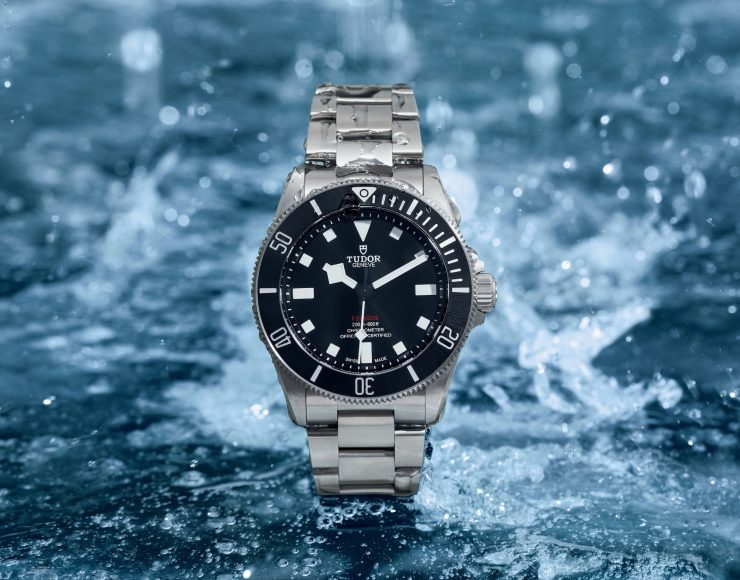 If you were waiting for a slimmer, scaled down diver, this could just be the watch for you. It’s rugged enough for a diving expedition, yet sleek enough to pair with an urban wardrobe.

It’s definitely a good year to be a Tudor fan. A few months back, Tudor made a surprise announcement with the release of the new Ranger, which now comes in a more compact case size. And just this week, the Pelagos joins the Ranger and the Black Bay Fifty Eight, with a 39mm version.

Previous versions of the watch—the LHD, the FXD, and the ceramic bezel Pelagos—all ran with 42mm cases, so you can see why the size reduction is a big deal. This makes it much more wearable for people who have slimmer wrists, or who don’t really need the utility of the other Pelagos models. Off the bat, it’s a sleek diver that would look at home in most situations.

But, looks aside, let’s break down what the Pelagos brings to the table.

First off, it’s made in titanium—a material you’ll see a lot of in the Pelagos range. The screw-down crown and the bracelet are likewise in titanium, so this gives the whole watch a sleek, cohesive look. (Though the watch also comes with a black rubber strap.)

Titanium has a different sheen from stainless steel, and is more resistant to corrosion, so you won’t have to worry about actually diving with it. And while we’re talking about diving, the Pelagos 39 can go up to 200m deep, which would suit most divers.

Now, on to the dial. Tudor went with a deep black in a sunray finish, which gives it a good contrast to the subtler tone of the satin-brushed titanium case. The applied hour markers are done up in monobloc luminescent ceramic composite, which should make it quite visible in low-light conditions. The same material is used on the ceramic bezel insert, which also has a similar sunray finish like the dial.

Everything runs on Tudor’s manufacture calibre MT5400, a COSC-certified automatic chronometer movement that has a power reserve of about 70 hours.

Overall, the Pelagos has more classic proportions at 39mm, which means it will do well as both an outdoor timepiece and as an urban daily driver. The looks are rugged enough for a diving expedition, yet sleek enough to pair with a safari jacket or even a casual neapolitan suit.

In any case, If you were holding out on getting a Pelagos because of the larger case, this could be the one for you.