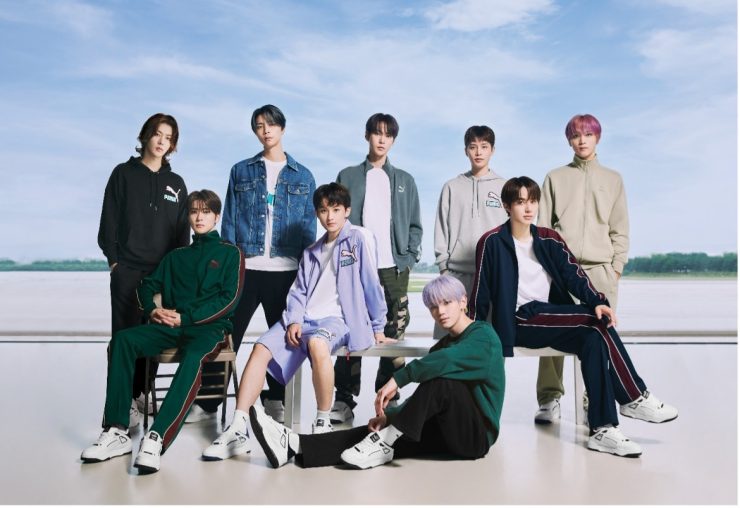 The group is set to take on the Asia Pacific region decked out in Puma’s kicks.

It seems the Hallyu wave is gaining even more popularity, with some of the most prominent actors and groups being drafted for partnerships by mobile phone makers, motoring brands, and even Swiss luxury watch houses. And now, Puma is adding another name into the mix.

The athletic wear brand has just appointed K-Pop group NCT 127 as its ambassadors for the Asia Pacific region.

“’NCT 127’ is a renowned K-Pop boy group that has gained great popularity with the younger generation across APAC, including Japan, China, Singapore, and Thailand,” according to Puma.

This partnership comes at just the right time, with the culture surrounding K-Pop spreading not just around Asia, but across the world as well. NCT 127 itself has gained global popularity with hits like ‘Hero (英雄; Kick It),’ ‘Sticker,’ ‘Regular,’ ‘Cherry Bomb’ and ‘Highway to Heaven.’ In 2021, their third full-length album sold over 3.64 million copies, entering third place on the ‘Billboard 200,’ and staying on the charts for seventeen consecutive weeks. That’s quite a bit of chart time, considering there’s always some hefty competition on Billboard.

This latest partnership with Puma is likely to make them even more popular, and a representative from SM Entertainment (their home agency) says that: “Collaborating with the world-famous sports brand PUMA is very meaningful to ‘NCT 127’, and through this great opportunity, we will reflect a more diverse side of ourselves, along with Puma.”

NCT 127 has already begun appearing on the Puma landscape, featuring in a campaign for the Slipstream: the brand’s iconic sneaker. First launched in 1987, the Slipstream represents Puma’s heritage, with a basketball silhouette and a mix of suede and leather that gives it a more premium appeal. In any case, you can catch the first campaign below: