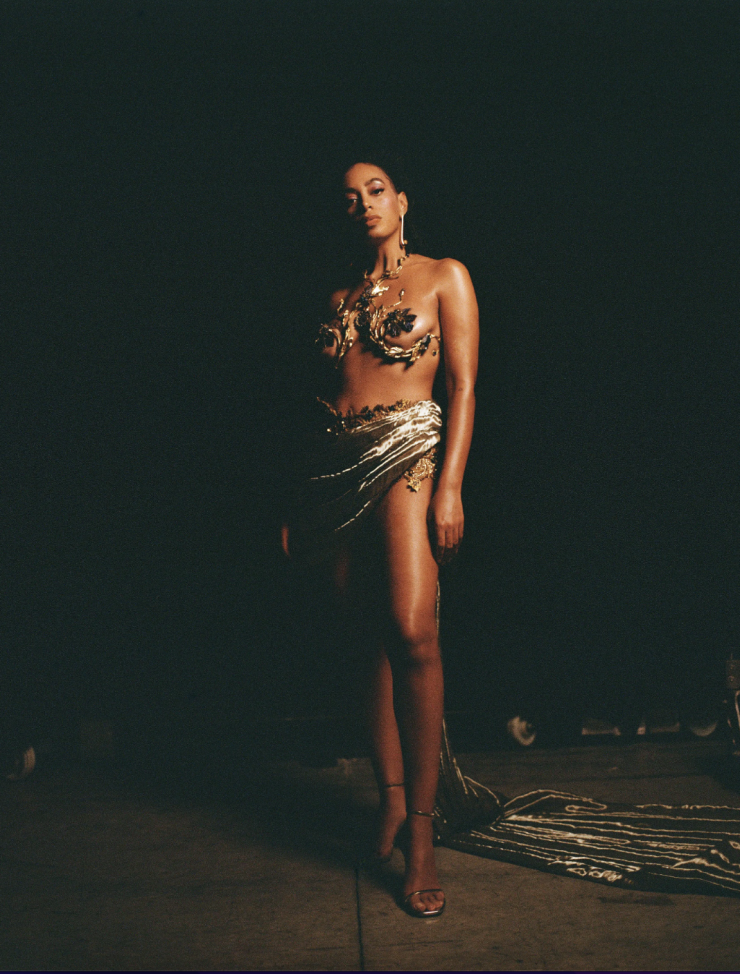 Solange Knowles stars as Mother Earth in a Louis XIII campaign film that feels like an arthouse short.

Louis XIII is a cognac that occupies a special place in the Rémy Martin roster. Named in tribute to the king who was sitting on the throne when the Rémy Martin family moved into the Cognac region of France, it exists in its own category: a signature liquor that’s been made since 1874.

Louis XIII is made from grapes that have been grown around the Grande Champagne region, then aged in French oak casks that have been around for more than a century. Each spirit in the Louis XIII mix is at least 40 years old, and as you can imagine, it takes an enormous amount of time to produce a single decanter.

It seems fitting then, that time is the main theme behind the cognac’s latest campaign. Called Believe in Time, the campaign sees the house collaborate with three iconic female artists: Grammy winner Solange Knowles, Cannes Festival’s Grand Prix winning director Mati Diop, and couture designer Guo Pei. The idea behind it is to create a film that serves as a convergence between their fields.

“Time and space are really at the foundation of my expressions,” says Solange Knowles. “I’m a strong believer that the space and time surrounding our work is just as important as the work itself, and world making has been a part of my practice for quite some time now.”

“I’ve been a huge fan of Mati Diop’s ‘Atlantics’, and Guo Pei’s incredible craftsmanship and jumped at the conversations to collaborate with them. Being able to bring all of these facets of creation by composing an original musical score really brought this project to life,” she adds.

A few weeks ago, we got to see the film at Palacio de Memoria, and saw how Knowles, Diop, and Pei each brought their own talents into the mix. Knowles stars as Mother Earth, and the film takes us through the story of how it took billions of years for the planet to form, and how it took millions more before humanity uttered its first words.

It is, of course, a tribute to time: the most important part in creating Louis XIII. And between the surreal visuals, the jazzy scoring, and the inventive wardrobe, the film feels like an arthouse short. Watching it creates a somewhat jarring, transportative experience, and it’s probably best enjoyed after knocking back a few drinks—from a decanter, with a tulip glass, while you’re at it. It’s likely as good an excuse as any to crack one open.

In any case, catch Believe in Time below: