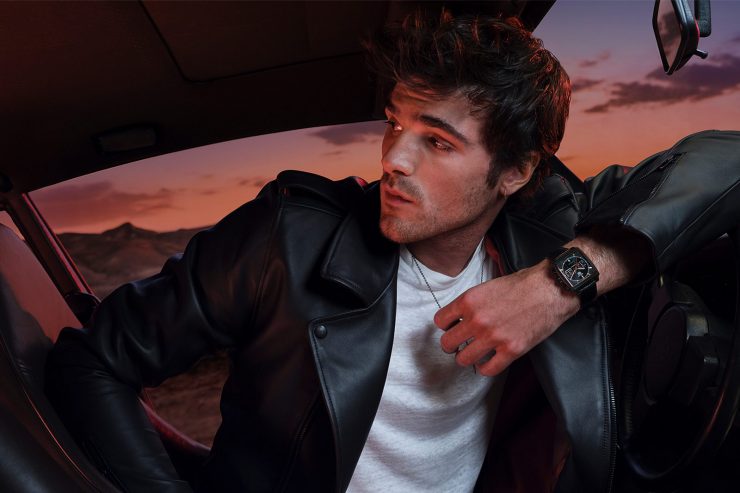 From Steve McQueen to Jacob Elordi, the TAG Heuer Monaco continues to grace the wrists of effortlessly cool actors

If you think about it, the Heuer Monaco was already a sensation in itself when it first came out in 1969. Sporting a square face, metallic blue dial, a red second hand, domed glass, and a left-positioned crown, it is considered as the first “water-resistant square-faced automatic chronograph,” which was quite a novel achievement during its time—an era when round shapes and simple dials were preferred.

That the great American actor Steve McQueen chose to wear it a year after on the set of Le Mans—where his character wore a racing suit decked with the Heuer logo, inspired by his good friend and Swiss motorsport racer Jo Siffert—only served to direct more attention toward the timepiece. This cemented the Heuer Monaco’s place not only within the brand’s history, but also in the hearts and minds of McQueen’s fans and watch enthusiasts.

So when the brand decided to reissue the Monaco in 1975—an edition coated with black physical vapor deposition (PVD) and decorated with three orange hands—aficionados were quick to consider it as a coveted rarity. As the watch was all-black, it got the nickname “Dark Lord” from watch collectors.

Paying homage to its ‘70s predecessor, the TAG Heuer Monaco Special Edition debuts not only with a refreshed design, but also with a brand new ambassador that is following McQueen’s footsteps—”Euphoria” star Jacob Elordi.

The 24-year old’s ambassadorship follows a string of brands (Bottega Veneta and Burberry included) that have picked up on the actor’s cool style and effortless confidence. From McQueen to Elordi, it does seem like TAG Heuer’s got a certain type, and we’re here for it.