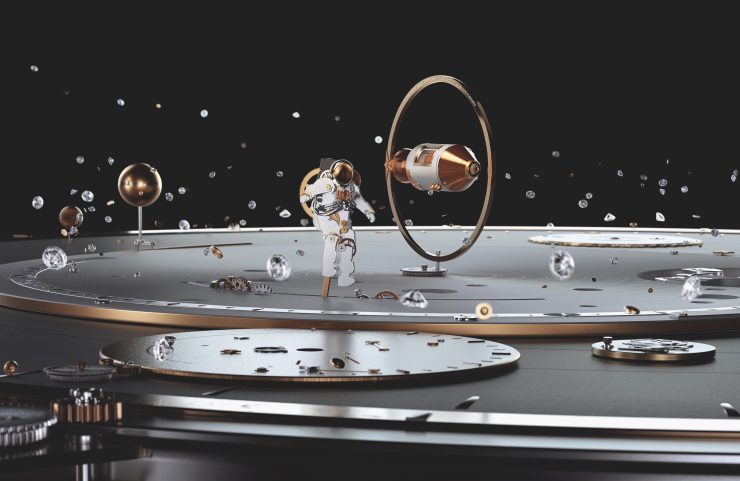 Ever wonder what happens inside a watch? Omega has an answer—and it’s magical.

If you’ve ever looked at a mechanical watch, you’ve probably wondered how the movement works. A movement is a collection of gears and springs and bits of metal that give the watch its power. It turns the hands, keeps the calendars going, and basically runs everything that moves in a watch.

While they’re not exactly arcane objects powered by magic, they might as well be, seeing how rare it is to find a person who completely understands them (outside of a watchmaking workshop, that is).

It’s in this spirit that Omega fancifully recreates its delicate watch mechanisms, building dream-like worlds within them. Omega’s technical prowess and pioneering spirit are translated into scaled-down figures and iconic objects, set against the backdrop of enchanting, futuristic “watch-scapes”.

Each watch-scape tells a story that’s uniquely tied to Omega, including the moon landings, deep-sea adventures, sports timekeeping, and precision watchmaking. Even Snoopy makes an appearance, as the famous cartoon beagle has links to OMEGA’s role in the safe return of Apollo 13.

So if you’ve ever wondered how a movement works, don’t worry so much if you don’t get it immediately. Because what it does and what it allows its wearers to is where the real magic lies.

Catch the video below to see the watch-scapes in action: