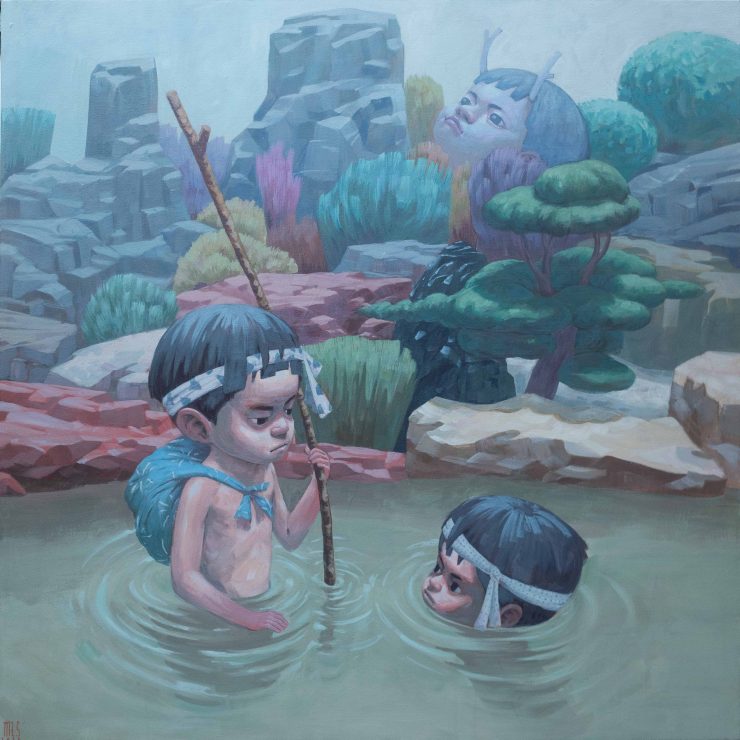 Since 2007, Galerie Stephanie has always centered its presence in the industry by shining the light towards emerging artists through programs and projects aimed to blur the local and international art borders, paving the way for an unparalleled cross-cultural experience.

In as much as they open the doors for foreign artists to engage with the Philippine market, their efforts also introduce Filipino talents to the global stage—and their newest endeavor underscores their attempts towards bringing forth a creative exchange between artists, enthusiasts, and followers alike.

Antono, who has been a staple of the gallery’s programs since 2016, gained trajectory from a major exhibit in Art Fair Tokyo through Galerie Stephanie. Known for his rich, smooth, color-infused brushstrokes depicting a selection of symbolic icons inspired by nature, down to pop culture.

“Intensity, Intimately” is Antono’s second solo show which shines the spotlight on his inclinations towards iconic Japanese characters such as the Kaiju, a type of monster similar to Godzilla that is either an antagonist or protagonist. The artist uses the duality of the Kaiju as a mythical creature and expounds on this concept through the lens of a child, forming a parasocial relationship with the TV characters they grew up watching, back when society wasn’t consumed with the internet, social media, or smartphones.

Antono’s works delve into what appears to be an emotional connection between the child subject and the Kaiju through ‘Us’ and ‘We Are Together’, as well as another familiar superhero, Ultraman, in ‘Lonesome Hero’— all of which were materialized through black and white oil pastels on canvas. Other illustrated pieces from Antono are also highlighted in this exhibition, which shows a more pensive depiction of the artist’s style.

Mark Jeffrey Santos, popularly known as Mr. S, began his career in video and film until 2014 when he found his way into becoming a renowned rising visual artist. Dubbed by some as the new “it boy” of art, his creations are steeped in fantasy, and usually reflect wide-eyed characters in a dreamlike setting expressed through imaginary and surreal scenes. With images that show his penchant for adventurous and larger-than-life personas, there’s an instant and comfortable connection that is established once a viewer comes to experience his art.

In Reflections, Santos shows how society affects the way we live our lives and how the norms—the unwritten ‘rules’ that society has—contribute to our fears. In his quest to acknowledge human nature’s longing for acceptance, Mr. S touches on how we adhere to what others dictate and compromise our authentic selves. As seen in ‘Encounter with Myself’, ‘Mirror Image’ and ‘Eye to Eye’, one would instantly notice the conflict we usually find whenever we appease others at our personal expense. The emotions of disappointment and anger from his subject is clearly manifested in this series, which makes for an immediate connection with anyone who fixes their gaze on it.

While Antono’s work showcases his nostalgic expressions of iconic TV and comic characters as a symbolic message of heroism and power, his pieces are able to complement Mr. S’s somber use of famous Japanese iconography through introspective journeying. Spectators who grew up in the 90s will most especially find their collections familiar and appealing, as they lived through the era when comics served as one of the most popular and accessible forms of literature. Besides offering an outlet for escape and entertainment, comics also echoed the sentiments and interests of a wide audience hailing from the middle to low-income social classes.

The growth of both these artists in recent years has been significantly exponential in their careers, with collectors eagerly anticipating their exhibitions, even selling out consistently in various galleries and art initiatives. With their amplified influence in the contemporary art world despite these unprecedented times, they intensify Galerie Stephanie’s growing visions for a more diversified art community between the Philippines and the world.

“Intensity, Intimately” and “Reflections” will be on view starting from April 2-17, 2022, at Galerie Stephanie, located at the 4th floor East Wing of Shangri-La Plaza, Mandaluyong. For inquiries, kindly email inquiry.galeriestephanie@gmail.com or call +632 7940-5726. 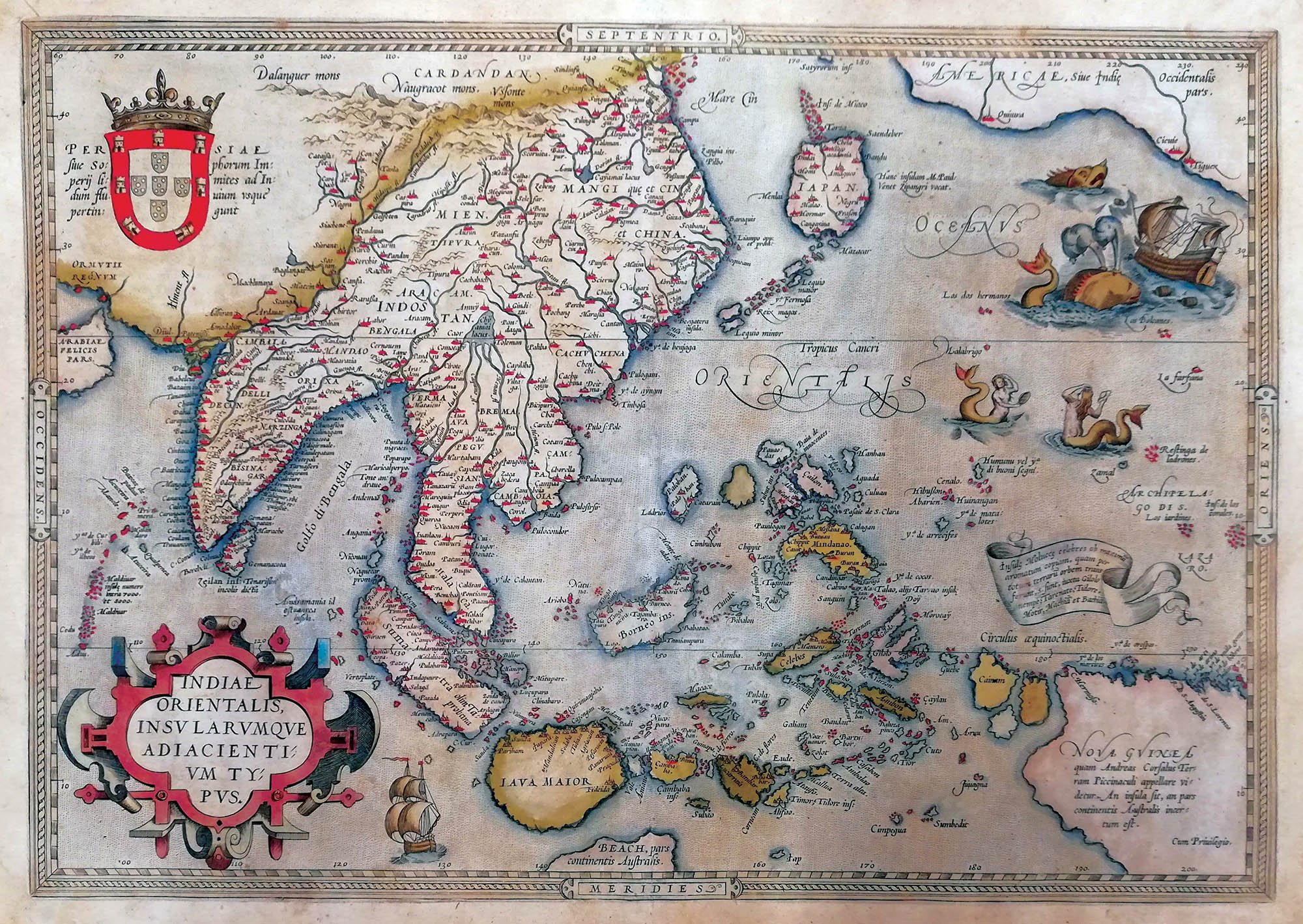 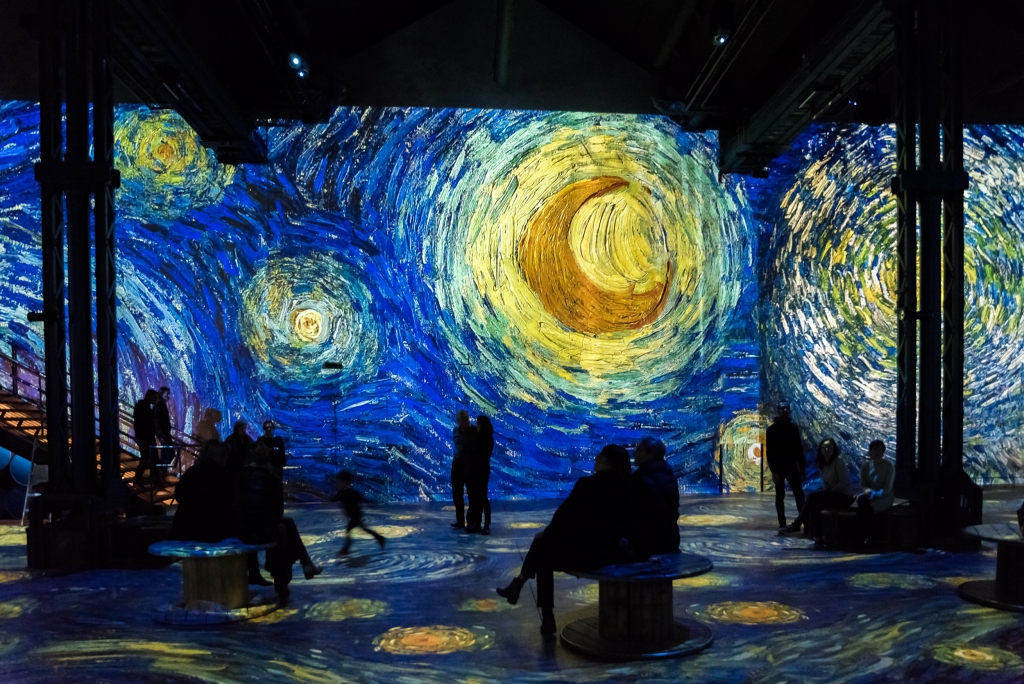 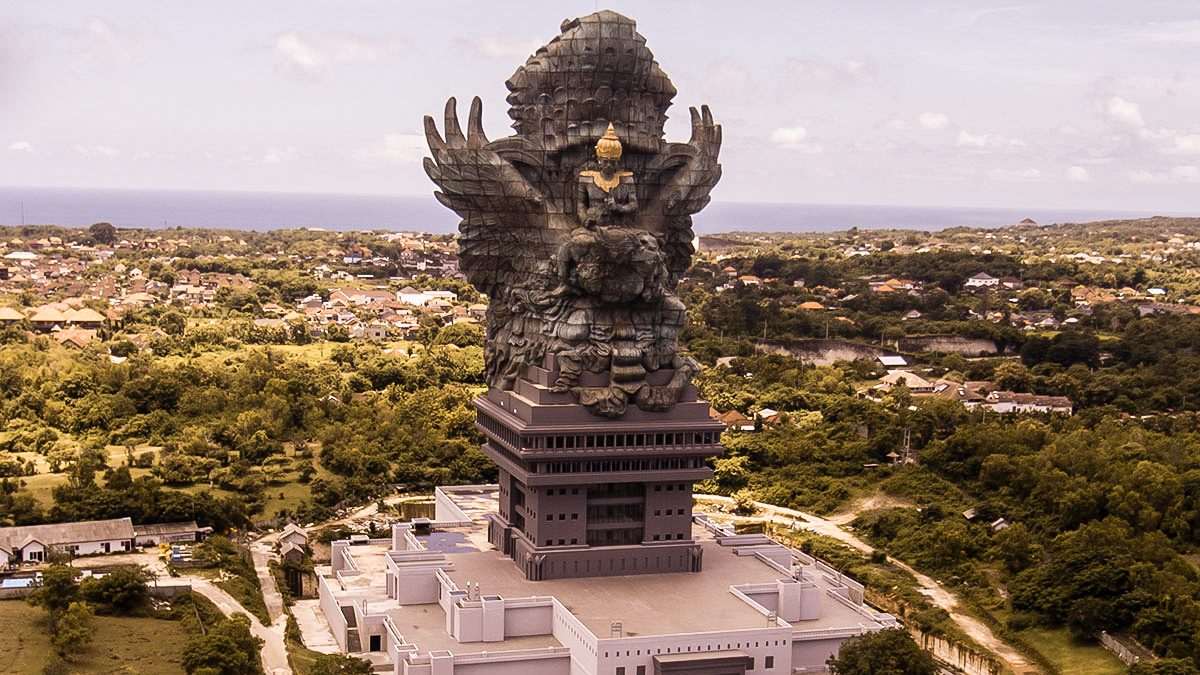 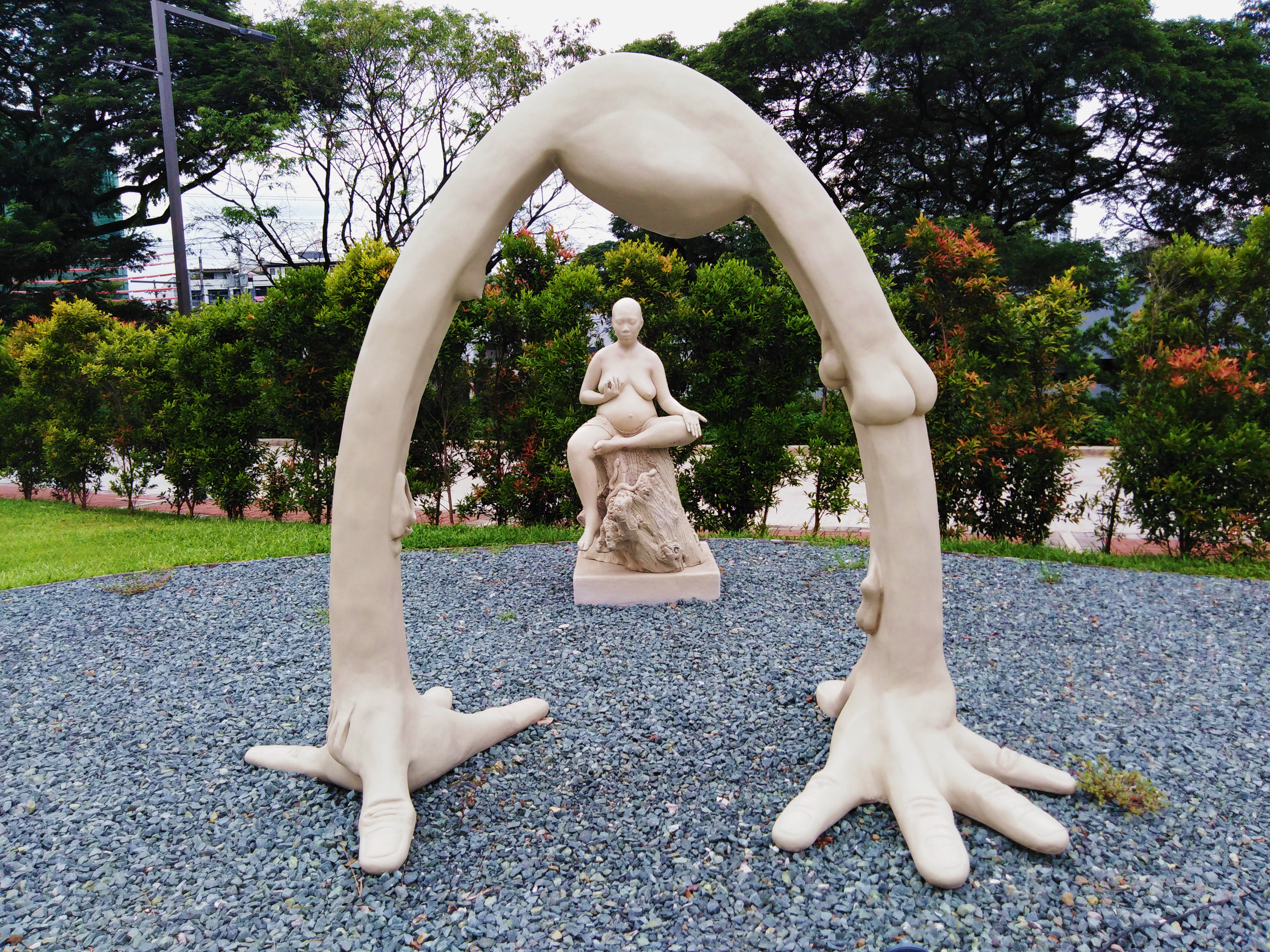 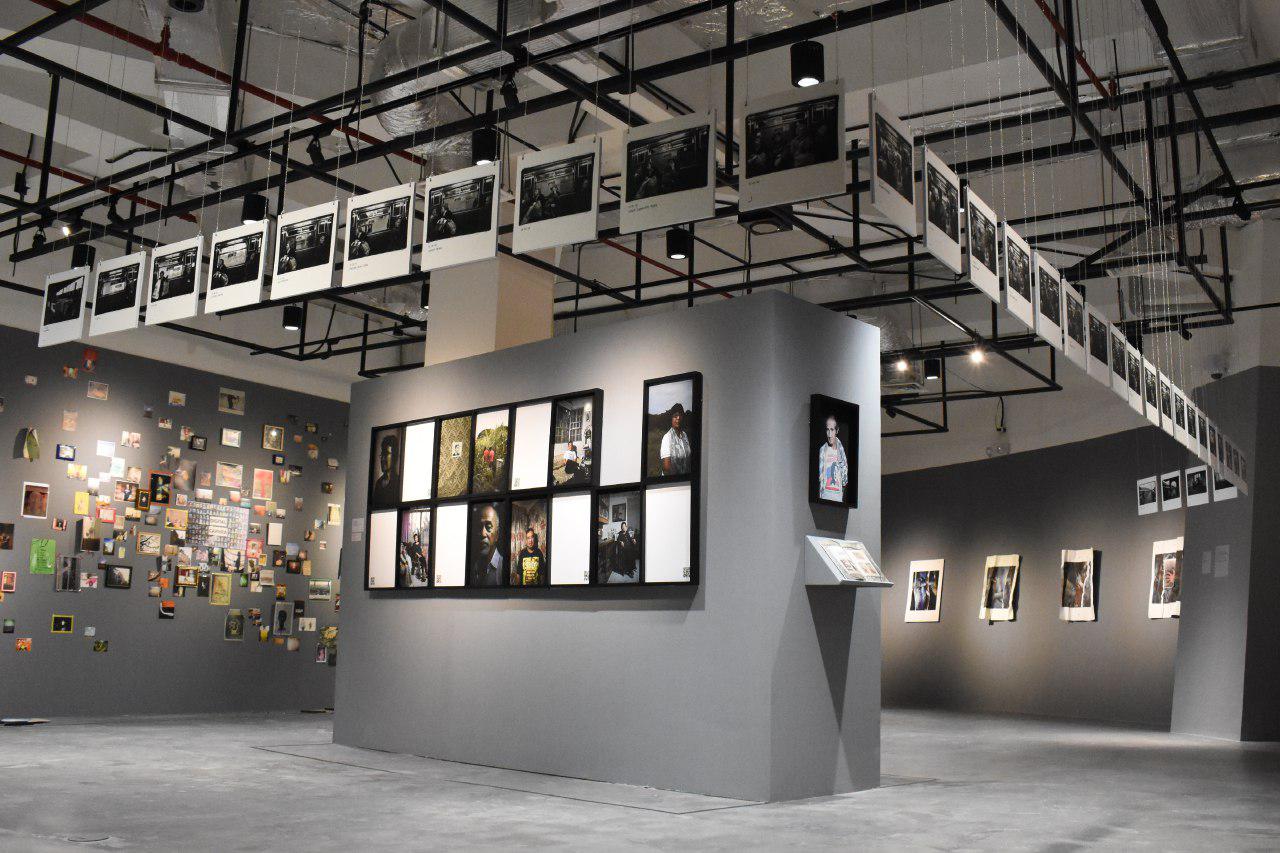