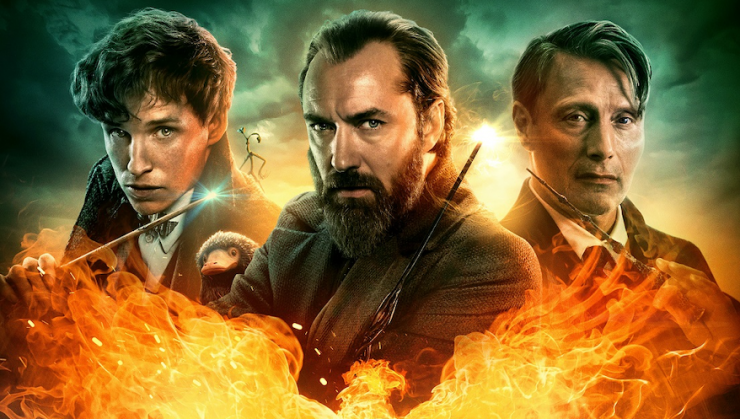 This short documentary sets the mood for the upcoming movie and brings us back into the Wizarding World.

It seems we’re about to plunged back into J.K. Rowling’s Wizarding World™ as the latest chapter in the Fantastic Beasts saga makes its way into theaters next month. And this newly-released featurette gives us an inside look into the making of Fantastic Beasts: The Secrets of Dumbledore.

In it, Jude Law, director David Yates, producer David Heyman, as well as the other cast members give us a bit more insight as to what we can expect and what the stakes are going to be in this part of the saga.

Fantastic Beasts: The Secrets of Dumbledore follows Professor Albus Dumbledore as he prepares to face the dark wizard Gellert Grindelwald. Grindelwald is moving to seize control of the wizarding world, and Dumbledore knows he’s unable to stop the dark wizard on his own. Still, he  isn’t entirely without means. Dumbledore enlists the help of Magizoologist Newt Scamander, who then leads an intrepid team of wizards, witches, and one brave Muggle baker on a dangerous mission.

The unlikely crew encounter beasts both old and new, and clash with Grindelwald’s growing legion of followers. And given these stakes, Dumbledore may no longer be able to stay in the sidelines.

The ensemble cast is led by Oscar winner Eddie Redmayne as Newt Scamander, two-time Oscar nominee Jude Law as Albus Dumbledore, and Mads Mikkelsen as Gellert Grindelwald. The film is set to premiere in theaters across the country on April 16. Meanwhile, catch the video below to get behind the scenes of the movie before it hits the screens.