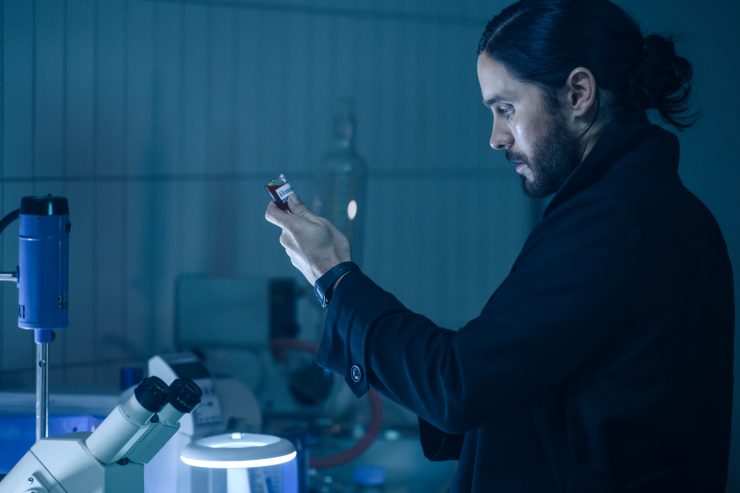 Morbius is the next Marvel comic hero to hit the screens.

Just when you thought Star-Lord and the rest of the Guardians of the Galaxy were obscure enough, here comes a new character that’s bound to raise a few curious eyebrows. The latest superhero to jump into the big screen is Morbius, the Living Vampire.

So who is Morbius, anyway?

In the comics, Dr. Michael Morbius is a biochemist afflicted with a rare blood disease. Desperate to save his own life, he thought the best way to go about it was to find the cure himself with the help of some vampire bat DNA. Turns out, it really wasn’t.

Over the course of his experiments, he accidentally turned himself into a pseudo-vampire instead. Now making midnight snacks out of people’s necks, Morbius also gained vampire-like traits: pale skin, fangs, a bat-like nose, aversion to sunlight, and everything. But it wasn’t all bad, he did get the powers as well: flight, strength, speed, and healing.

In the beginning, Morbius couldn’t control his powers, and his vast hunger for blood initially made him an enemy of Spider-Man and Blade. Still, Morbius continued to search for a cure. This time, from his vampirism. He eventually became a vigilante, a sort of anti-hero who’s forever trying to get rid of his condition (or at times, trying to end his own life).

The whole thing is, of course, a lot more nuanced than that. Having been created in 1971, Morbius, the Living Vampire has decades of stories to tell.  Jared Leto will be introducing the character to the big screen, playing the title role.

Morbius, the film, is up for release over the next few weeks or so (blame the pandemic for all the delays). It’s part of an expanding Spider-Man Universe, which includes Tom Hardy’s  Venom. While there’s no word about whether or not the web-slinger is making an appearance, Michael Keaton does return as The Vulture (from the Tom Holland movie), showing that it’s part of a shared universe.

In any case, catch Jared Leto as he talks bout his character in the video below: