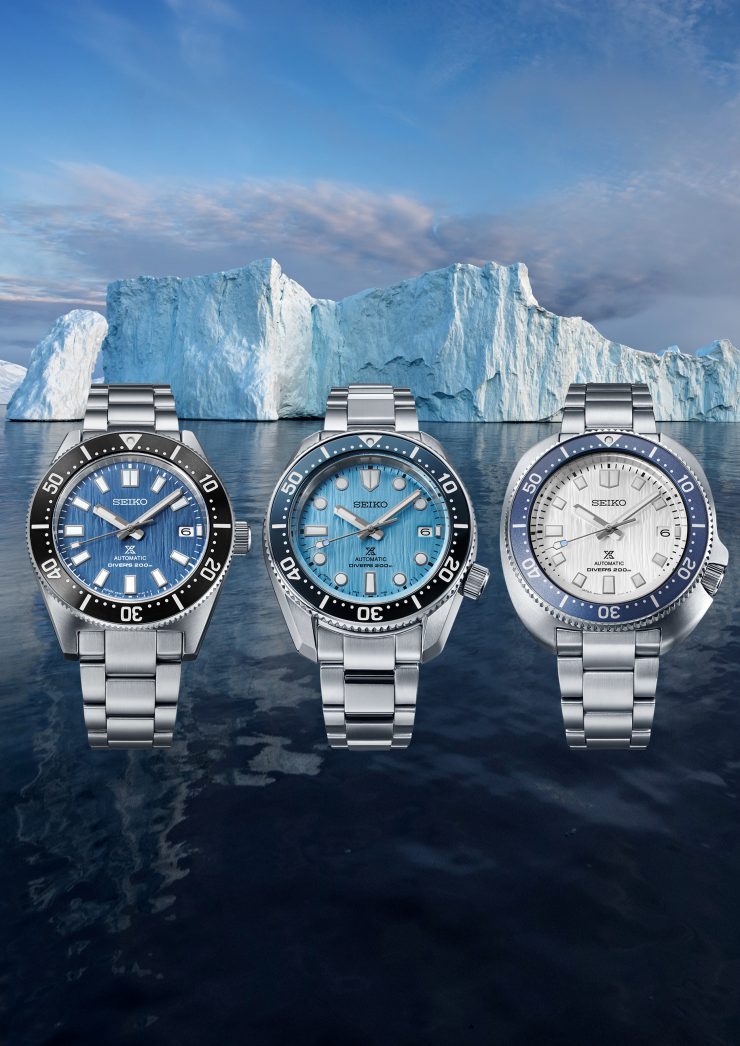 Not only are the Seiko Prospex Save the Oceans Special Editions inspired by those who brave the world’s most frigid regions, but they also play a part in supporting their work and legacies.

Naomi Uemura is a legend among the world’s explorers. From rafting the Amazon River solo, reaching the North Pole solo, dog sledding from Alaska to Greenland, and scaling Denali solo in 1970—where he would unfortunately go missing in the winter of 1984 after ascending the mountain a second time—he is revered for his epic journeys.

He is also popular for his travel lectures and writings, children’s adventure books, and his modest and caring nature. Two Naomi Uemura museums have been built in Japan to honor his adrenalin-filled life and storied legacy.

Uemura’s fans, especially those who are watch aficionados, know that the Japanese explorer wore a Seiko watch in his adventures: the 1970 Diver’s watch, or the 6105. When it was introduced almost five decades ago, the timepiece garnered attention for its unique design—a flowing case that protected the crown positioned at 4 o’clock via an asymmetrical extension. Uemura wore the watch in his arduous dog sled trip, which he completed in the years 1974 to 1976.

While the 6105 has been reissued and used as inspiration for other Seiko timepieces, it was only recently that Uemura got commemorated along with the watch’s future iterations. Just last year, Seiko released the Naomi Uemura 80th Anniversary Limited Edition, in time for the adventurer’s 80th birthday.

Compared to the 1970 edition—which had a stainless steel case, black dial and bezel, a date complication at 3 o’clock, and 150-meter water resistance—the 80th Anniversary Limited Edition had a polished stainless steel case with Seiko’s signature “super-hard” coating, a blue patterned dial and bezel, a calendar positioned between 4 and 5 o’clock, and more luminous hands and hour markers. It also boosted its water resistance to up to 200 meters.

This year, with the release of another watch inspired by Naomi Uemura, it seems that Seiko is keen on keeping the legendary explorer’s legacy alive. The 1970 Diver’s Modern Re-interpretation (SPB301) is part of Seiko’s three new additions to their Prospex line:all of which have dials inspired by the polar roots of Seiko’s dive watches.

The asymmetrical stainless steel case—also decked with Seiko’s “super-hard” coating— and 4 o’clock crown make a return, and the watch also resists depths up to 200 meters. Lumibrite coating on the indexes and hands ensure legibility in the dark.

But this year’s reinterpretation brings back the calendar at 3 o’clock. It also takes on a snow-white dial with a texture akin to glacial ice and a light-blue bezel.

And as mentioned earlier, the SPB301 is part of Seiko Prospex’s Save the Ocean series, which delivers financial and other support to Seiko’s chosen marine charities.

The other two reinterpretations introduced this year are also historic in their own right, inspired by Seiko’s landmark diver’s watches.

The 1965 Diver’s Modern Re-interpretation (SPB297), taking cues from Seiko’s first diver’s watch that was used by members of the Japanese Antarctic Research Expedition from 1966

Meanwhile, the 1968 reiteration (SPB299), is reminiscent of the first Seiko watch with 300m water resistance and a 10-beat automatic movement, has a light blue dial and a darker blue bezel.

All three watches share the same stainless steel coating, luminous hands and indexes, and a power reserve of 70 hours.

Seiko occupies a special place in the lives of the world’s most daring explorers. It is then only fitting that the watch brand should continue honoring and revering the legacies of those who dare to explore the uncharted, all while keeping time.