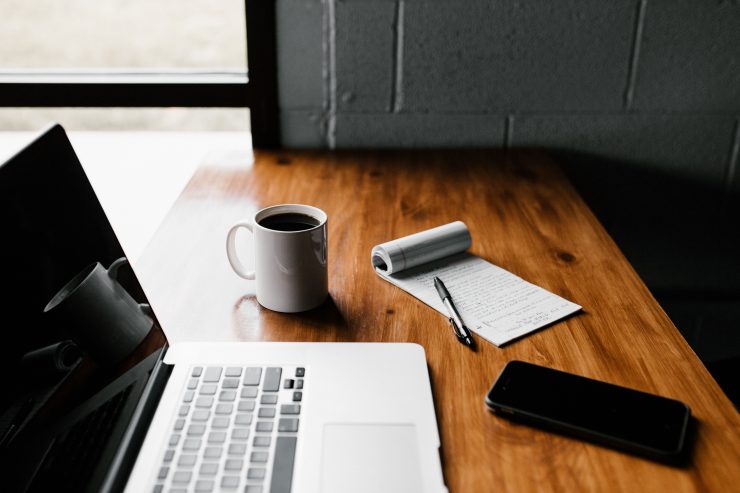 I miss our office pantry’s coffee maker. I miss the idea of having a fresh brew in mere seconds, just by pressing a few buttons.

It’s quite ritualistic for me, too. My office day usually starts with the coffee maker, psyching myself up as I listen to the machine whirr and savor the wafting aroma of ground coffee beans. After taking a few sips and muttering a few words of self-affirmation, I’d step out of the pantry, settle in my desk, and tackle the day ahead.

Now that I’m working from home, I’ve gotten used to making coffee using other methods—the French press and Chemex are now my best friends. I’ve been trying out several coffee bean varieties and blends, thanks to the influx of coffee businesses and cafés selling their products online. I even got into DIY cold brews, but I eventually resigned to buying from the experts.

And just two months ago, I gave in and bought a coffee maker—more on that later.

Point is, two years’ worth of coffee making and consumption at home made me realize that some brews, flavors, and ways of preparing my favorite drink may suit specific purposes, depending on my moods or needs on a particular day.

By no means am I a coffee connoisseur, but I love the beverage so much (and have consumed copious amounts of it) that I could probably stand by my opinions about it.

The French press and the Chemex—especially the latter—are lessons in patience and mindfulness. Both require piping-hot water, but the press only needs around four minutes to steep the ground beans and make a cup of coffee; the pour-over, with its metal and paper filter, takes considerably longer.

However, the waiting time is a nice pocket of stillness in the morning that allows me to prepare for the day ahead.

Those who are particular with the bean-to-maker match would use medium to dark roasts for the French press, and light roasts for the pour-over. I don’t really mind, so as long as I get the grounds and water proportions right.

For most of 2021, we became fans of the Blend Bundle of local brand Candid Coffee, featuring four distinct mixes: the bright and balanced Honey Cereal, the dark and smoky Deathwish (my personal favorite), the sweet and chocolatey S’mores, and the berry-choco imbued Black Forest Cake.

Just a few months ago, we were also able to try the darker and stronger roasts from Basilan. Currently, we’re testing out the different pre-packaged beans from Starbucks, both for economic reasons and curiosity’s sake—the intense and smoky French Roast is one of my favorites.

Call me meticulous, but I’ve found that the lighter and sweeter brews work best for me whenever I’m doing tasks like reading or researching for my articles. When the serious writing and brainstorming comes along, I switch to the darker roasts. Regardless, I always look forward to those pockets of time that I and my coffee beans could enjoy some peace and quiet.

But not all work days are built equal. Some demand immediate high energy and alertness, while some schedules allow no time to be wasted—and that means no time to steep some beans. For those frantic moments, I turn to cold brews.

Now, when I was a teenager, I unfortunately thought that a cold brew was simply refrigerated coffee, so I mistakenly drank a whole bottle without diluting it in water, ice, or milk. It took a bout of hyperactivity and being buzzed for a whole day for me to realize that the cold brew is a more concentrated coffee drink, made by steeping ground beans in cold water overnight, that packs more caffeine than a hot cup of coffee.

Hence, the cold brew isn’t something that I’d drink leisurely. If I’m grabbing one right after I wake up—or at 10PM, when I’m rushing to beat a deadline—then you know that I’m gunning to go into overdrive for the next few hours.

I’ve since learned from my insane caffeine high as a teenager, and I’ve been enjoying cold brews with lots of ice and a touch of water. I’m not the biggest fan of mixing milk in coffee, but I do it sometimes when I’m in the mood for something mellow—which isn’t something that I rarely look for to power me through my writing deliverables, really.

A note on instant coffee: I don’t like the three-in-one variants at all. It tastes like the blood, sweat, and tears of college seniors finishing their thesis at the eleventh hour, which is another way of admitting that I gulped copious amounts of it when I was an undergraduate years ago.

But really, I am not a fan of the added sugars and creamers that we find in most instant packs. Not even the additional flavors are enough to lure me back to drinking it.

So, when Lyger Coffee invited us to taste their crystallized coffee, we got curious. The brand serves freeze-dried brewed coffee crystals inside these tiny cups, which you open to get the powder-like crystals out. They dissolve rather quickly in either hot or cold water, which makes it quite versatile for whatever coffee we need for the day.

Currently, Lyger offers two flavors: the Americano and Latte, both made from beans sourced from Colombia. I personally found their crystallized coffee to pack a solid punch—I got jolted awake in seconds after a sip of their Americano.

We did find that they taste great with milk, however, so we’ve been doing that to enjoy Lyger Coffee. Suffice to say, it joins the cold brew for those days when I need a caffeine fix, or when my deadline is looming.

Bringing the Café at Home

But for all the coffee adventures that I’ve had over the past two years, I still miss our office coffee maker. That’s why last January, we bought one from B Coffee to replicate the noises, hisses, and aromas emanating from a coffee machine, right in the comfort of home.

I will admit that I had stayed away from machines that use coffee capsules because of the waste that it generates. This was before I knew that reusable pods were actually a thing—I could pack my own beans into it and allow the coffee machine to work its magic. I don’t waste anything, and I get to enjoy the sounds and aromas of a café (or the office pantry) at home. Win-win!

It’s great to have many options for coffee at home, be it the bean variety or the tools used to brew them. Whatever flavor and method I pick for the day, what’s important for me is that I am mindful and intentional about them—I select the variant and method that will help me get a good start to my working day, or an added boost for my late nights.

You do you, and you brew you, though. You don’t have to get as specific as I am when it comes to your caffeine fix, but it does help make the experience a bit more personal and meaningful.