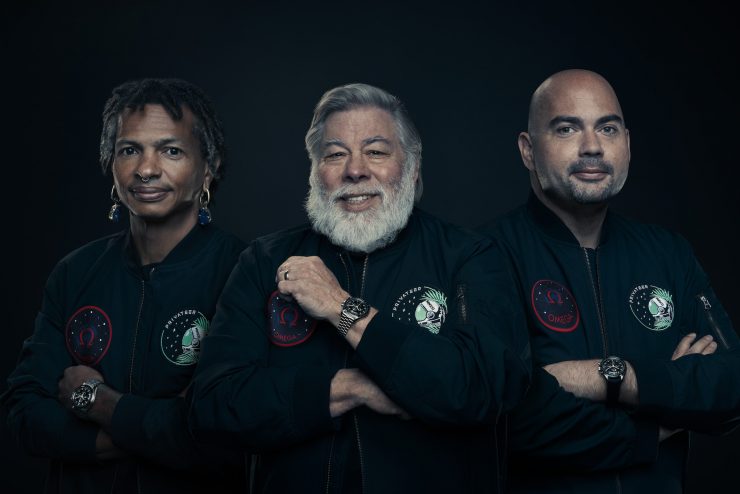 Space sustainability is more crucial than we think.

Omega just can’t seem to get enough of outer space exploration. And as the makers of the watch that went to the moon—something that’s since become part of NASA astronauts’ official gear—the final frontier has become part of Omega’s history.

Just a couple of months ago, the Swiss luxury watchmaking house announced that it would be helping remove dangerous debris from outer space. This month sees them make progress on that end.

In a move to help keep the skies clear, Omega has just announced a collaboration with Privateer—a company that maps and collects data on space objects. It’s a company headed by a trio of big names: Apple Co-Founder Steve Wozniak, Ripcord CEO and founder Alex Fielding, and astrodynamicist and space environmentalist Dr. Moriba Jah.

Privateer recently launched Wayfinder: a web-based program that maps space debris and displays them in just about real time. And speaking of time, Omega is doing the timekeeping for them, with a display on the bottom right of the screen.

Why is this important news?

Space is becoming more accessible than ever, not just for NASA and other government agencies, but for other companies who have turned their eyes towards the sector. Space junk, then, has become an increasingly urgent problem. The satellites that are used for communication, global positioning, and climate monitoring could be under threat if space remains cluttered.

So just how cluttered are we talking about?

Roughly 40,000 pieces of human-made space junk are currently being tracked as they orbit the Earth,  and that only includes objects larger than 10cm. Hundreds of thousands of other on-orbit hazards remain unidentified, untracked, and unpredictable.

Privateer and Omega, then, have tasked themselves to tracking and modeling these objects, both understanding that space sustainability is just as crucial to us on Earth as it is to the people who fly into space themselves.

“Our partnership with Privateer is like finding the final piece in the puzzle,” says OMEGA President and CEO Raynald Aeschlimann. “With this new project, we can give back to the planet from the depths of the sea to beyond the skies. There is also a great synergy between OMEGA and Privateer. We share an obsessive attention to detail. The inside of a mechanical watch is like a mini universe. Everything needs to operate without obstructions if you want it to work perfectly and endure.”

“We’re thrilled to partner with OMEGA for the launch of Privateer’s proprietary knowledge graph technology,” says Alex Fielding. “OMEGA has deep roots in exploration of land, sea and space, and with their support, Privateer will be able to further humankind’s exploration and understanding of this ultimate frontier.”

Between Privateer’s technology and Omega’s pioneering spirit and experiences in space, we can’t help but think that we’re entering a new space age: one driven not just by exploration and knowledge, but also by sustainability and awareness.