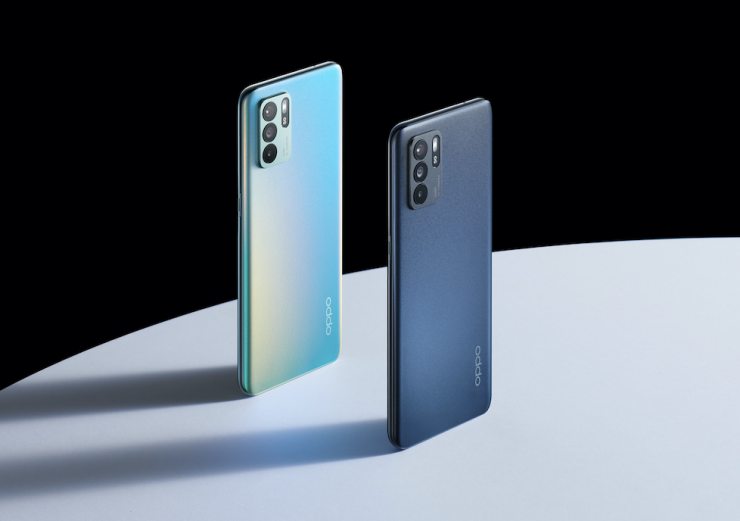 Is the 5G-capable mobile still a good value buy now?

With the mobile industry currently flooded with entries at the top end, we’ve never been more spoiled for choice when it comes to handheld tech. But while there’s a lot of focus on all the new bells and whistles they bring, it’s about time we looked at options in the mid-range level of the market.

The Oppo Reno 6 Z sits at a very comfortable place, costing a little under half of the entry-level, high-end phones. This model is a pared down version of the Reno 6, with similar design cues and less robust features. Still, it doesn’t exactly feel underpowered. But we’ll get to that.

On the hand, the Reno 6 Z is easy to manipulate, and is good for one-handed operation. The layout is fairly standard: volume buttons on the left, power on the right, all near the middle of the phone so they aren’t difficult to reach. The bottom of the phone has the charging port, the main mic, the speakers, and the headphone jack. Nothing really out of the ordinary there, so you won’t have a hard time getting familiar with everything.

As for the display, the Reno 6 Z has a 6.4-in AMOLED screen. That’s quite a bit of screen real estate. You won’t exactly be squinting when you’re watching Netflix on the go or whipping out the phone to play a few games. The video is fairly crisp, response is snappy, and the refresh rate is good enough that switching between apps isn’t much trouble.

When it comes to sound, the speakers at the bottom are pretty loud, maybe even enough to reach you from across a room, and the quality is about what you’d expect from a mid-range phone.

Now, on to the cameras, because this is where the phone punches above its weight. The Reno 6 Z has a triple-camera setup: a 64 MP main, an 8MP ultrawide, and a 2 MP macro. It’s the same thing you’ll find on the more advanced Reno 6. The front also has a 32 MP selfie camera, which is pretty good for what it does.

When shooting with the rear cameras, AI-assisted tech will help you get some good shots, and the phone performs well with decent lighting. Low-light performance depends on just how much light you’re actually able to get, but it’s better than what you’d expect at this price. Portrait shots look particularly good, as do portrait videos (thanks, AI). You can clearly see the subject, and you can even do some bokeh shots quite easily.

If you’re heavy into shooting videos, the Reno 6 Z’s focus tracking will help when you’re going handheld, as you can just double tap an object to have the phone track it automatically. This makes your life easier if you’re not into carrying a lot of gear on a regular day.

The Reno 6 Z runs on Android 11, with Color OS 11.1. Thia make it quite easy to navigate and personalize. It comes preinstalled with a bunch of apps, both Oppo-specific and some third-party ones. Some of these you’d likely want to keep, and the rest you can just delete, but it’s nice to see that it’s packing. Oh, and it can also connect to 5G networks, so that’s a nice touch.

The sleek lines of the Reno 6 Z are definitely sexy, as is the slim bezel. It won’t look out of place in a casual environment. It also comes in two colorways: aurora and black. We got the aurora version for the review and I suppose the best way to describe it is it’s similar to those pearl finish paint jobs on cars. And if you’re into that, then great. While it is sleek, it’s a bit hit or miss, depending on the colors you normally wear. It’s nothing an opaque case won’t solve, but I imagine the black would do better if you’re more a sport/safari jacket kind of guy who wears mostly neutrals.

Overall, this is a mid-range offering that packs a lot of punch in the camera department. So if you’re in the market for a phone that you’ll mostly be using to shoot things with (and don’t want to pay the premium for the higher end of the mobile phone spectrum) this is going to fit the bill.