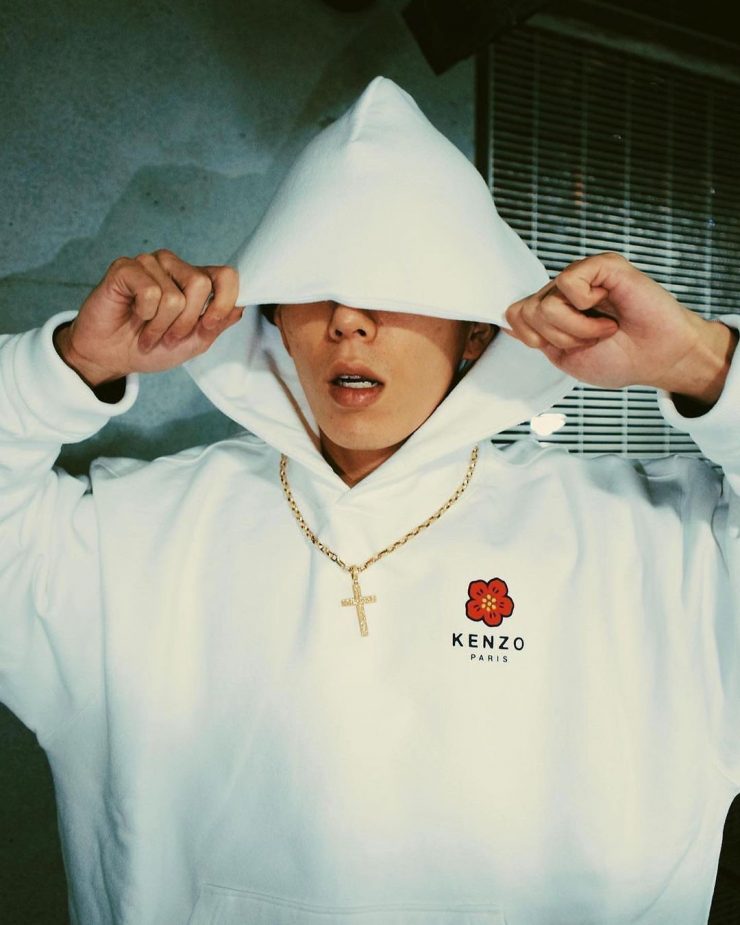 At KENZO’s Fall/Winter 2022 presentation in Paris, everyone saw the big bright red flower printed on the back of Nigo’s navy blue jacket as he followed the models backstage after the show. Called the boke flower, it was one of the many prints and floral patterns that featured prominently in the artistic director’s debut collection for the Parisian luxury house.

That Nigo chose to wear a boke flower-decorated garment for his debut collection could mean absolutely nothing. Or, it could have been a clue for a future release. True enough, the first capsule collection that he launched last February 5 had pants, shirts, hoodies, sweaters, and blankets decorated with the boke flower.

As of writing, the KENZO Boke Flower Collection is almost sold out, but it does suggest the direction that Nigo is taking the brand toward—a vision that combines a strong yet simple visual language, authentic cultural and subcultural references, and an edginess that’s still street yet utilitarian and wearable.

So what exactly makes the Boke flower so special that Nigo would choose to debut with that striking bloom?

For starters, the boke flower stems from the Japanese quince, a thorny shrub that produces blooms that are either red, white, pink, or a combination of these colors. It usually blooms in February, or anytime between late winter to early spring.

Throughout Japanese history, the quince has been cultivated in gardens or fashioned into bonsai. Thanks to its vivid flowers, it is also a popular central element in ikebana, or the Japanese art of flower arranging.

The boke flowers have also been the subjects of Shodo Kawarazaki (1889-1973), a prominent painter and designer of floral prints. Most of his woodblock prints and works gained popularity in the 1950s, when there was a strong demand from the American forces that were present in Japan then. (Fun fact: Unsodo, the company that published Kawarazaki’s woodblock prints, was founded in 1891, and it still continues to operate today. Talk about heritage.)

Nigo follows a tradition of artisans and connoisseurs who appreciate the delicate yet striking beauty of the boke flower. Just like his chosen motif, he has made a lasting impression with his debut work at KENZO, and we’re excited to see more from the brand’s new artistic director.