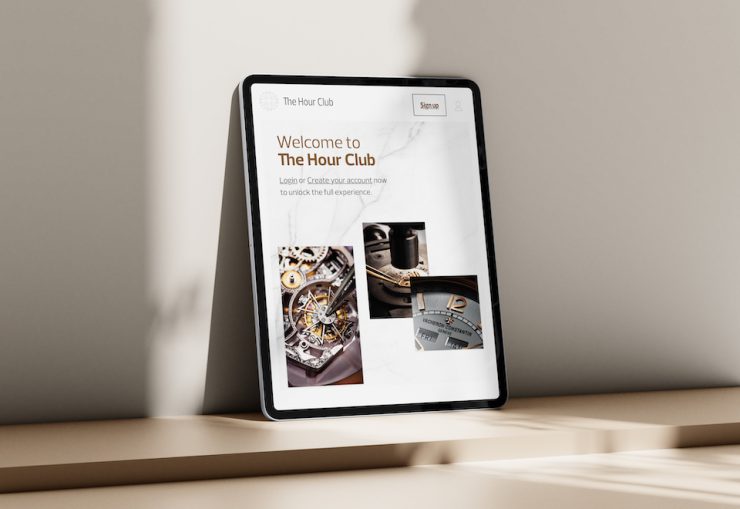 Vacheron Constantin will now be using the blockchain to issue certificates to owners.

Vacheron Constantin’s The Hour Club—its exclusive organization for owners of their watches—has just announced that it’s venturing into blockchain technology. Only, it won’t be issuing NFT versions of its timepieces: it’s using the technology to issue certificates of ownership.

If you’re still at a bit of a loss about blockchain and what it does, you can read our explainer here. But basically, the the blockchain is used to store data more securely than regular servers.

No single person or entity has control of the blockchain, and this decentralized nature makes it more difficult to hack or otherwise destroy. The short of it is: a certificate of ownership issued through the blockchain is about as secure and traceable as you can get on the digital space.

So how does this work for Vacheron Constantin watches in particular?

Essentially, all purchasers of Vacheron Constantin timepieces, whether new or pre-owned, will be able to obtain a digital certificate after registering on the website and recording the watch’s unique number. You can find this number engraved on the case back or directly via a scan of their guarantee card.

By issuing certificates of ownership in this format, you can easily trace the records of a particular watch. It’s secured by encryption to keep the data safe, can’t be falsified, and since it exists on the blockchain, you won’t be losing it as well.

Currently, Vacheron Constantin’s The Hour Club already offers members-only content. The site also allows users to register for Vacheron Constantin events and runs a community space called the Golden Book,  which allows members to chat with each other and send photos.

The coming of blockchain technology also expands their range of services. People who have purchased Vacheron Constantin watches from 2020 onward enjoy an extension of the guarantee to an additional six years.

All the information about each of the company’s timepieces is also being brought into the digital space, including the data concerning the Hallmark of Geneva. Also known as the Poincon de Genève, the Hallmark of Geneva is a seal of quality awarded to watches that pass the Swiss canton’s watchmaking requirements. It’s a seal borne by a large number of Vacheron Constantin’s watches, guaranteeing their quality.

In the second phase of their digital program, any maintenance or repair on the watches will also be part of the information you can look up. They call this the “roadmap” carried by each watch throughout its life cycle. This would make certainly it easier to check service records and the history of the watch itself for future reference, particularly for pre-owned watches.

Blockchain has a long way to go ahead of it. We’ve barely begun to see what the technology is capable of, and it’s good to know that it’s already being explored for practical uses. And while the intersection between watchmaking and digital technology has never exactly been an easy one, this one makes complete sense.