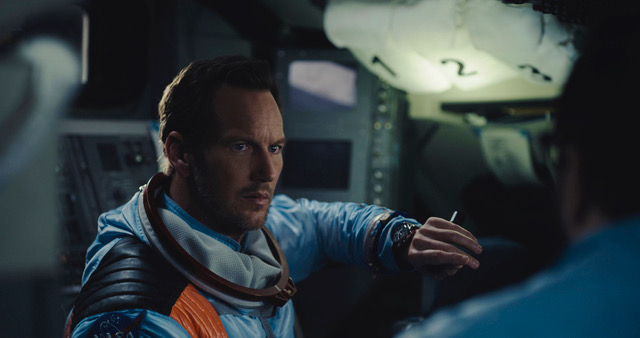 The sci-fi disaster film sees the moonwatch heading back to the rock that made it famous.

Omega is heading into 2022 with one of its most significant milestones—the 65th anniversary of the Speedmaster. Perhaps its most recognizable icon, the Speedmaster is the watch that went to the moon with the Apollo 11 mission, worn by Neil Armstrong and Buzz Aldrin.

This being the year of the Speedmaster, it seems fitting that the watch is set to make a big-screen appearance in Moonfall. Co-written and directed by Roland Emmerich, Moonfall is a science-fiction disaster thriller where the moon is knocked out of orbit and is about to hit the Earth. A band of unlikely heroes then sets off to confront the problem and discover that the moon is not what it appears to be.

In it, Patrick Wilson stars as former NASA astronaut Brian Harper, one of the people tasked to set the situation straight. Wilson wears the 42 mm Speedmaster Moonwatch in stainless steel for the film. It’s a good choice, given that the Speedmaster is the official watch of the NASA astronauts. It might even help the mission, since this was also the watch that helped the Apollo 13 astronauts avoid disaster with its chronograph.

Moonfall is set to hit theaters this February. In any case, you can catch the trailer below, and you can also take a look at the Speedmaster’s latest release. You may also want to read about the new, real-world space mission that Omega will be part of, which plans to rid the orbit of derelict satellites.