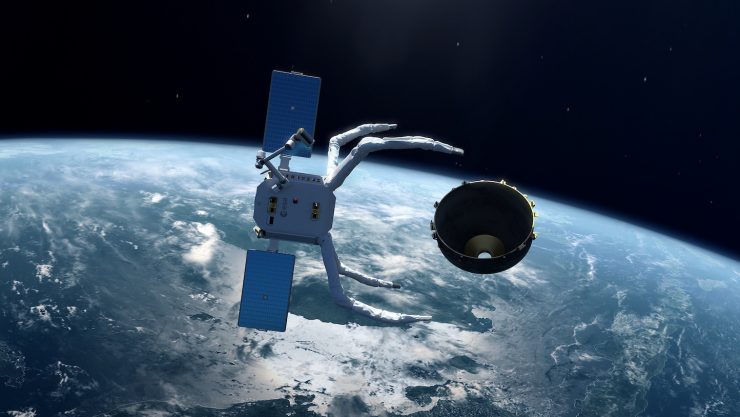 Omega is no stranger to outer space. They are, after all, the makers of the official watch worn by NASA’s astronauts: the Speedmaster. It was the first watch on the moon, and remains an iconic timepiece, 65 years after it first came out of the Swiss workshops.

But Omega is set to head to space again. This time, as part of of clean up effort to help rid space of dangerous debris. Together with ClearSpace—an organization that aims to create a sustainable future by removing derelict objects from space—the watchmaking house will be part of a mission to attempt the first ever capture and removal of an uncontrolled satellite. It’s the first stage of a long-term project to create a safe and more sustainable environment at Earth’s orbit.

Currently, there are thousands of satellites floating around in space, and a large part of that number is made up of “failed” projects. These unwanted objects threaten to exploe or collide with newer satellites. Cleaning them up from orbit, then, will help pave the way for future projects to become more viable.

OMEGA President and CEO Raynald Aeschlimann notes that this partnership is, “The logical next step for a brand with a proud history of both space exploration and Earth conservation.” He also  describes the ClearSpace initiative as, “One of the most important, inspiring and exciting projects since the launch of the Apollo missions.”

And it might just be. Given the focus on space tech development over the last few years, we’re likely on the way to the next space age. For Omega to be part of this project does seem fitting, especially on the 65th year of their spacefaring watch.

It’s a great way to kick off the year of the Speedmaster, after launching the latest, luxury-leaning version of the watch earlier this month. And if this is any indication of the things to come, then we’re definitely keeping an eye out for the rest of the year.