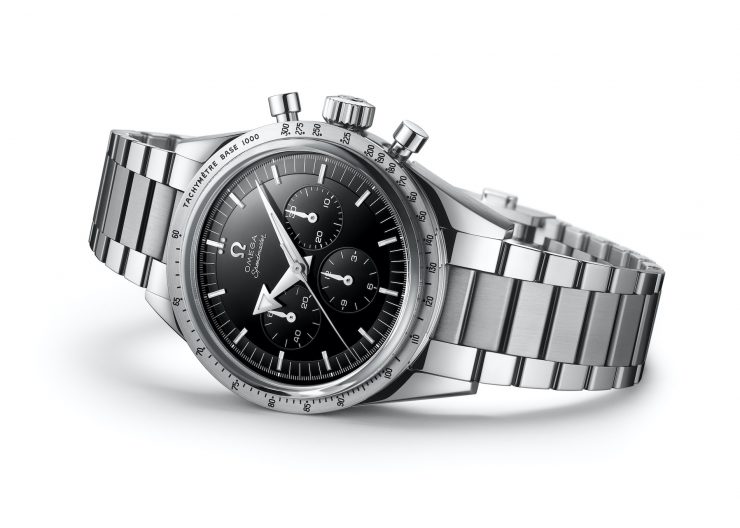 The Speedmaster 321 Canopus Gold features a recreation of the original 1957 movement, and is set to be a grail among collectors.

With the watchmaking world mostly returning to form last year, much of the industry was back in the workshops. But Omega had an especially good run. Between releasing one of the most attractive Seamasters to date, acquiring a new historical piece for their museum, and launching new technology for timing the Olympics, the house seemed to have some news for us throughout the whole year. Now, it looks like it’s set on keeping its momentum, kicking off 2022 with a new edition of their most iconic watch: the Speedmaster 321 Canopus Gold.

It’s the latest iteration of the watch that went to the moon: a timepiece that was first launched in 1957. Now on its 65th year, the Speedmaster still retains much of what made it appealing in the first place, and this version gives it a bit more weight in the luxury department.

As you can guess from the name, the watch is encased in Omega’s proprietary Canopus Gold—an alloy that incorporates gold with rhodium, palladium, and platinum. This gives it a brighter appearance than the previous versions of the 321, and the precious metal provides a lot in terms of sheer value and collectibility. The 321 also has a deep onyx dial and a tachymeter scale on the bezel with black grand feu enameling (a traditional method that fuses glass with metal), giving it some contrast.

But perhaps most importantly, the watch houses the Calibre 321 under the case, which is the original movement used in the 1957 Speedy. It was also the same one found in the Apollo missions, which was historical not only for being worn on all of NASA’s moon landings, but also for having helped save an entire crew from disaster in space.

After a thorough dive into its archives, Omega reconstructed the Calibre 321 and brought it back into production in 2019, including the original specifications. This makes the 321 Canopus Gold a watch that’s highly connected to the Speedy’s heritage.

At 38.6 mm, this watch is going to be highly wearable across most wrist sizes, and wouldn’t look out of place under a suit jacket or a weekend in the countryside. The Canopus Gold case and the movement give it a good deal of collectibility as well, which should appeal even to people who already have a deep roster of Omegas in their vault.

If anything, the 321 Canopus Gold shows that the Speedmaster has aged well over the last 65 years. And while the price is at a grand 81,000 USD, it’s likely going to be sought after by the Speedmaster’s most ardent fans.

But this being the year of the Speedy, I have a good feeling that the 321 Canopus Gold is only the beginning. And along with the rest of the Omega community, I’ll be keeping an eye on what’s ahead for the rest of the year. In any case, it’s already off to a good start.