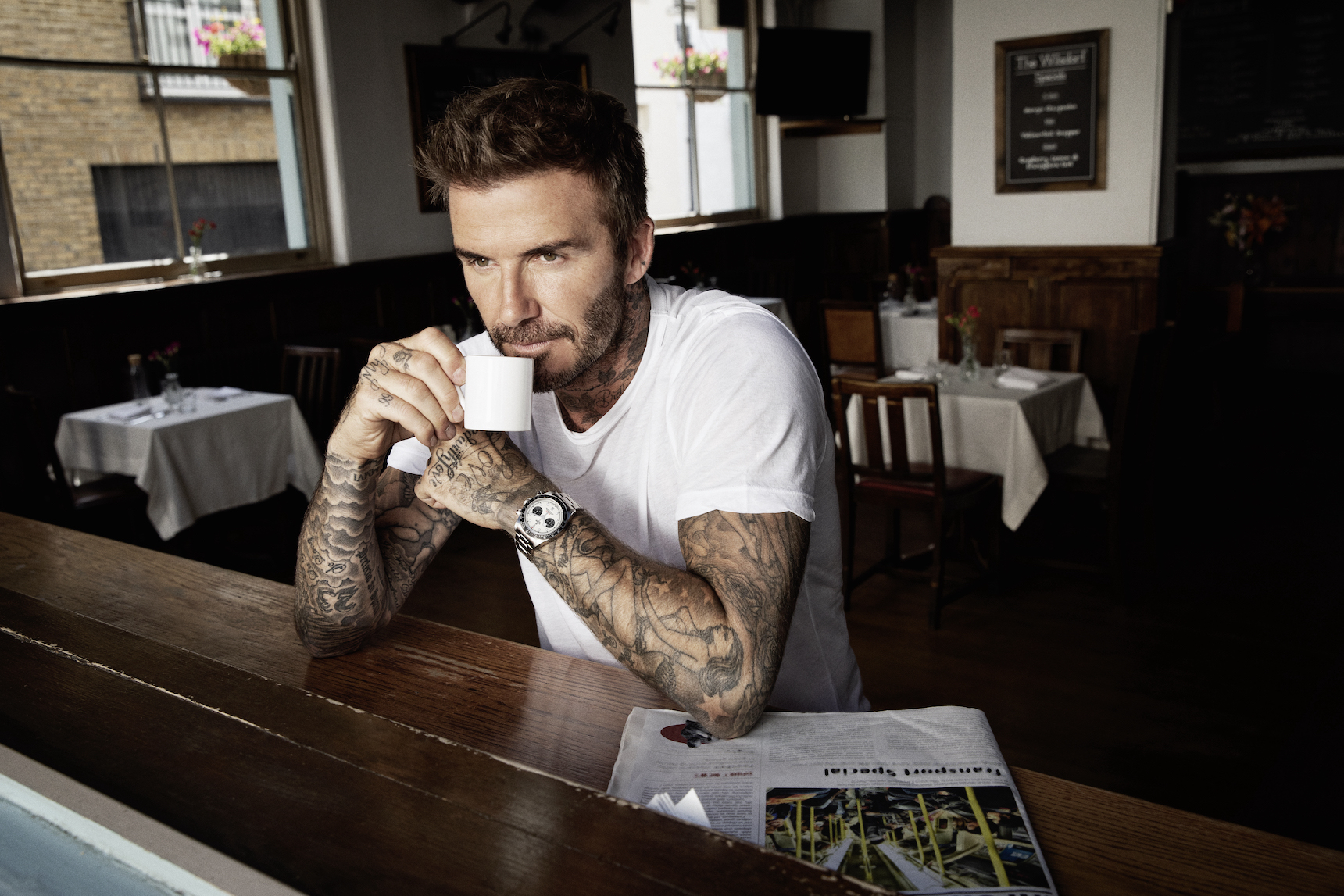 It’s been a phenomenal few weeks for watchmaking. But maybe more accurately, it’s been a phenomenal year. 2021 saw one of the largest watchmaking expos, which shifted toward a hybrid kind of digital/physical format. We saw a return to classic sizes and designs, but we also saw more unusual creations like watches that hide secrets, and a timepiece that recreates an F1 pitstop.

But apparently, the year isn’t done surprising us yet. So before it ends, let’s dive right into what happened the past week.

Tudor’s been hitting it out of the park lately, with some notable releases throughout the year (check out the silver Black Bay Fifty-Eight, for one). In any case, it’s ending the year with a new campaign featuring David Beckham.

The short film puts Bekcham in the spotlight. Well, particularly, his childhood dream of becoming a footballer. Shot partly in an area of London that’s similar to Beckham’s childhood neighborhood, it sends a message that people are born to dare. And seeing that next year might actually let us dare a bit more, it’s a nice touch to end the month with.

Beckham wears the 41mm Black Bay Chrono this time around, and this particular model has the signature snowflake hands, alongside the chronograph, a 45-minute counter, and a date aperture at 6 o’clock.

For the literary buffs out there (I know there are a few of you here), Ralph Ellison is one of the landmark mid-century writers. His 1952 award-winning novel, Invisible Man, addressed the issues faced by African Americans of the era. It also landed Ellison the National Book Award For Fiction in 1953, making him the first African American writer to claim the title.

Ellison’s Speedmaster was delivered to the USA in 1968, and he was soon photographed in Riverside Park wearing it on his wrist: a watch that he continued to wear until his death in 1994. And while Omega has strong ties to space exploration, the Olympics, and popular culture, this piece gives it a connection to American literature as well.

The piece is headed to the Omega Museum, which is at the brand’s HQ in Biel, Switzerland. In the museum, you can see the story of Omega’s heritage, its icons, and its technical achievements since 1848. And it does so using immersive displays, showcases, and movies.

Ellison’s watch is going to be in good company, joining the timepieces worn by astronaut Gene Cernan, former US president John F. Kennedy, and of course, the watches worn by James Bond himself. In a week full of watchmaking news, it’s good to see a historic timepiece make its way home.

Coming at the heels of a record-breaking auction run for the Tiffany Blue Nautilus, Patek Philippe released its final surprise of the year. And it was something absolutely unexpected, both from a technical and design perspective.

This watch aimed to improve the minute repeater, something that’s already technically difficult to produce. Minute repeaters were created and used in an age when electricity wasn’t commonly available and people needed to tell time in the dark. Using sounds created by a chiming mechanism, a minute repeater was able to do just that. Basically, you activate a switch that sets the whole thing  in motion, and it will then tell you the time using different notes to mark the hours, quarter minutes, and minutes.

Patek Philippe isn’t a stranger to this complication, though some of the main difficulties in producing one is getting the chimes to sound right and loud enough to be audible in different conditions. And so, they wanted the Advanced Research Fortissimo Minute Repeater to do two important things: become louder and more pleasant to hear.

What they came up with was the Fortissimo “ff” system,  a complete redesign of how minute repeaters work. Normally a classic minute repeater’s sound is coursed throughout the watch, and the case material would heavily influence its tone and volume.

The Fortissimo “ff” system instead channels the vibrations through a thin lever and transmits it through a crystal oscillating wafer. The sound from the crystal is then carried through a titanium ring with four openings (one each at 12, 3, 6, and 9 o’ clock).

It’s essentially a mechanical watch with a speaker system that tells the time by sound. It also manages to give the sound a fuller, more melodic, lower tone register that can be heard for up to 60 meters away. Pretty cool for something that’s made out of springs and bits of metal instead of circuits and screens.

Add that to the looks, which isn’t your typical, conservative Patek Philippe design, and you’ve got something that’s completely unexpected. This watch opts for a bold ray pattern with dark recesses and interesting textures..

Even the seconds disc at 6 o’clock is highly unusual. It’s a little difficult to actually track the seconds with it, but given how mesmerizing it is to see in action, and the fact that the watch does tell you the time through sound anyway, it won’t be much of a problem.