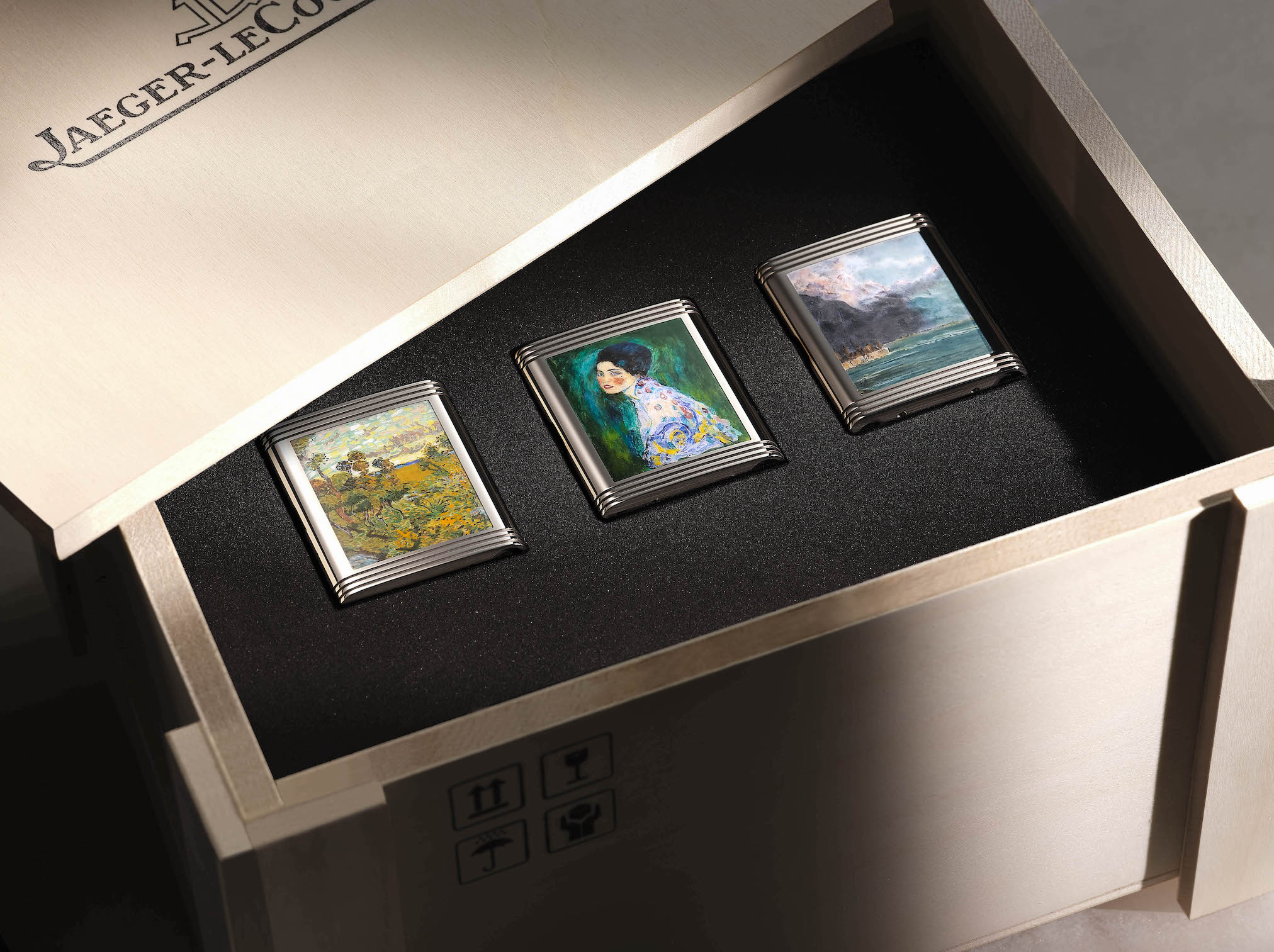 Even after 90 years, the Reverso keeps a sense of mystery, and these watches house artwork with stories that are just as intriguing.

Watchmaking has long since transcended its functional purpose and ventured into the realm of art. And we’re not just talking about mechanical art—like tourbillons and astronomical complications—we’re talking about visual art as well.

Even in the early days of watchmaking, pocket watches already displayed miniature paintings, enamelling, and gem-setting that depicted landscapes, portraits, monograms, and other such designs. Some of the oldest houses even display these in their museums or keep them in their vaults.

But as Jaeger-LeCoultre releases its latest Reverso collection, we get to see that, even now, watches continue to practice this tradition.

The Reverso is one of those iconic watches from history. It was created in 1931 to solve a problem that polo players used to experience. Often, the glasses on their watches would break—whether due to the impact of a mallet, getting hit by a flying ball, or some such misfortune while riding.  It was then that French designer René-Alfred Chauvot, alongside Jacques-David LeCoultre, came up with a solution.

The watch was named the Reverso: a timepiece that could be flipped inward, leaving the sturdier case back exposed while protecting the glass and the dial. It was a novel design, and one that has changed little since it was first released.

Today, with polo games being somewhat rarer, the Reverso is seeing more use, but for another purpose. And just like the early pocket watches, they have since become a canvas for portraits, monograms, gem-setting, and even high-horology complications.

With 2021 being the 90th anniversary of the Reverso, Jaeger-Lecoultre puts the iconic watch on the spotlight, using it as a canvas to display the artistry of the house.

This trio of watches draws its inspiration from three great masters from the beginnings of Modern Art: Gustave Courbet, Vincent Van Gogh and Gustav Klimt. Taking some of their most venerated pieces, Jaeger-Lecoultre recreated each one in painstaking detail using grand feu enamel. And the thing is, aside from being recreated in the tiny space at the back of a Reverso (a marvel in itself), each of these paintings also has a curious story to tell. And just like the Reverso, these paintings have a history of being hidden from plain view.

Gustave Courbet was a leading figure in the Realist movement, and had left his native France to settle near Vevey, by the shore of Switzerland’s Lake Léman (also known as Lake Geneva). Painted on the final year of his life, this piece captures the shifting views across the water, creating an immersive picture of the lake with the movement of clouds and sunlight on the surface. View of Lake Léman was later given to the Musée du Vieux Granville in Normandy, 15 years after his death. However, an expert initially declared it a fake, so it was set aside in a storage locker for 70 years.

The painting saw light again in 2015, as the curator of the Musée du Vieux Granville was preparing a documentary on the museum’s history. The curator decided to have the painting reevaluated, and took it to Courbet expert Bruno Mottin of Musées de France. In 2017, and after much research, Mottin finally declared it authentic.

This is another painting that comes from a similar background. Norwegian industrialist and collector, Cristian Nicolai Mustad, bought Sunset at Monmajour in 1908, but not long after—the French Ambassador to Sweden who possessed some expertise in 19th-century art—dismissed it as a fake. Embarrassed and frustrated, Mustad then consigned the painting to his attic.

The painting remained there until his death in 1970, when it briefly reappeared but was again declared fake. In 1991, it reappeared once more and another attempt at authentication was made by the Van Gogh Museum in Amsterdam, though this was again dismissed. By 2011, the museum was convinced to reevaluate the painting, using newer technology this time around.

It was discovered that the pigments in Sunset at Montmajour matched the ones he used for his other work, Aries. After two years, the painting was finally declared authentic, making it the first full-sized van Gogh to come forth since 1928.

Austrian master Gustav Klimt is known for his highly embellished and provocative work, and Portrait of a Lady is perhaps one of his most personal paintings. The curious thing about it is that Klimt had painted it to cover an existing portrait. That fact only came to be known in 1996, when it was discovered by an art student named Claudia Maga.

The painting underneath, which was revealed through an x-ray, was apparently a woman Klimt had fallen in love with. But after her death, he had decided to cover it up with a portrait of a different woman. The original painting was called Portrait of a Young Lady, and was believed to have been lost. Now found, it commanded a great deal of attention. However, the story doesn’t end there,

In 1997, the portrait was stolen from an exhibit at the Ricci Oddi Gallery of Modern Art in Piacenza, and was believed to be lost for good. Then, in 2019, gardeners discovered a metal panel on one of the museum’s walls. Inside was a black garbage bag that contained what seemed to be the original painting. Upon examination, experts confirmed that this was, indeed, authentic. One of the people involved in the theft had claimed that the painting that was stolen in 1997 was actually a fake, and this replica had been hung on the exhibit to replace the original after an inside job.

And while Klimt’s double portrait has now seen the light of day again, many questions remain. Though the answers aren’t likely to come soon.

Where the Hidden Treasures collection displays Jaeger-LeCoultre’s skill at miniature art, this piece displays the house’s horological artistry. The Hybris Mechanica Quadriptyque is a watch with four faces—a first for both the house and for the world. But these aren’t simply faces:each one is built with a combination of complications that required 12 new patents.

The first face features a perpetual calendar, the time, and a tourbillon. On the back of this face is another one housing a dial that tells the time using digital jumping hours. You can also activate a switch that sets a minute repeater in motion, with notes that tell you the hours, quarter minutes, and minutes. Minute repeaters were invented at an age  when people needed to tell time in the dark, thus making use of sounds to determine the exact time.

The next face displays indications of the moon phase in the northern hemisphere, as well as the draconic and anomalistic cycles, which let you determine astronomical occurrences such as solar and lunar eclipses and supermoons. This is the first time all three have been incorporated into a wristwatch. This face also houses displays for the month and year.

The last face, seen on the back of the watch, has a moon phase indicator based on the southern hemisphere.

It’s a lot of watchmaking packed into a 51.2mm case, and given JLC’s expertise in the decorative arts, the house made sure it doesn’t look completely technical either.

In either case, both the Quadriptyque and the Hidden Treasures Collection display the level of artistry that the Reverso can house—both the apparent and the hidden. And even in its small case, it still manages to keep a sense of mystery: a story that began in a fortuitous polo match that happened 90 years ago.