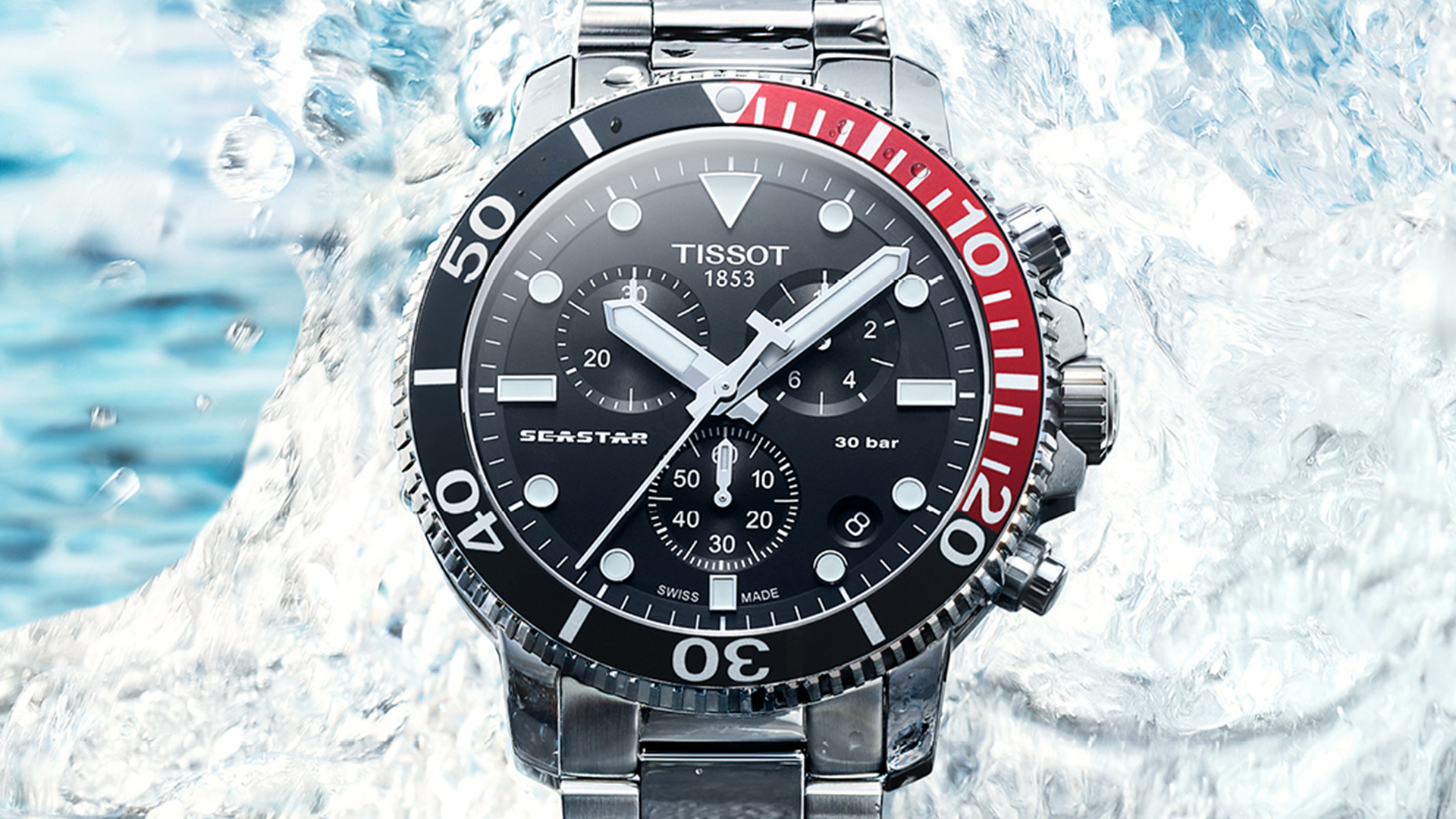 It’s one of the most versatile timepieces in the market.

If there’s one thing that the pandemic has taught us, it’s that our lives have changed fundamentally. We’ve learned to adapt and focus on what’s important. Some have swapped their offices for WFH stations, learned new hobbies, or found their zen in the great outdoors. Others have challenged themselves to stay healthy: to run, to learn a new sport, or to stick to a new routine.

Navigating through the new world requires toughness, versatility, and a knack for adaptation, and that’s everything the Tissot Seastar 1000 Chronograph represents.

The Seastar 1000 Chrono is one of the most versatile timepieces in the market. And while it was designed for the sea, it’s just as likely to be used outside of the water during workouts, while on the job, or when hanging out with family and friends. With its hip and attractive design, the Seastar 1000 Chrono can be worn just about anywhere.

Dive watches have now become ubiquitous since they were first introduced to the market in the 1930s, and have gained popularity as go-to, everyday timepieces. Because if they’re meant to survive the deep, they can certainly deal with whatever you can throw at them on land. That, and their familiar silhouette lends some classic charm to a modern wrist.

Intended for use in the waters, the Seastar 1000 Chrono bears all the hallmarks of a Swiss-made dive watch: a 316L stainless steel case, water-resistant up to 300 meters, a screw-down crown that keeps the water out, and an anti-clockwise aluminum bezel that lets you keep track of the time while underwater.

“People have traded in their office suits and blazers to embrace more casual dress codes and adopt ever-changing lifestyles, and the Seastar 1000 Chronograph will suit whatever they choose to do next.”

It’s also built with a quartz chronograph movement, which means it can function as a stopwatch. You can use it to time anything from lifting weights and running around the block to baking cookies and making sure the pasta stays al dente.

The layout of the dial marks each hour and minute clearly, while the broad hands make reading the time much easier. The pushers that operate the chronograph have been made with ridged details, tying them in with the coin-edge bezel and the ridges on the crown.

There’s also a date function, which is displayed in a circular window after the 4 o’clock mark, giving it added functionality. At 45.5mm, the Seastar 1000 Chrono is a presence on the wrist, but remains highly wearable with its sleek lines and curves.

There’s a lot of thought and purpose given to the design, and all of these details have created a cohesive, uniquely styled timepiece that can go from Zoom meetings, into the pool or sea, and anywhere in between.

The Seastar 1000 Chrono in Action

Television presenter Gretchen Fullido isn’t a stranger to the public eye, though the pandemic has given her some time to explore hobbies outside of the screen. From tending to her home garden to spending hours in the pool, then jumping back in front of the camera, Gretchen’s busy life needs a watch that can keep up.

Actor, host, and model Will Devaughn has played quite a few roles in his life. Now also a visual artist and transformational fitness instructor, his career has taken him everywhere from indoor gyms to the mountains, across beaches and urban landscapes. And in every setting, the Seastar 1000 Chrono will keep on ticking.

In Brazil, Eduardo Lara was a lawyer. But here in the Philippines, he spends his time as a fitness coach, model, DJ, and diver. Eduardo’s life is a fast-paced one, but it’s also one that needs him to adapt all the time. And this is where the versatility of the Seastar 1000 Chrono truly makes its mark.

Beauty queen, host, DJ, and model Christi McGarry leads a life that’s full of uncommon experiences. And these usually find her anywhere from pristine shorelines to underwater dives, or manning the decks and going under the lights of a studio. But whether she’s mixing tracks or posing for photos, every minute of her time counts.

A Watch for the Times

Now, more than ever, everything we bring with us has to count. Everything has to match wherever you need to go, or wherever you plan to stay. And since people have traded in their office suits and blazers to embrace more casual dress codes and adopt ever-changing lifestyles, the Seastar 1000 Chrono will suit whatever they choose to do next.

Tissot Seastar 1000 Chrono is available at The Watch Store’s website at www.thewatchstore.com.ph.