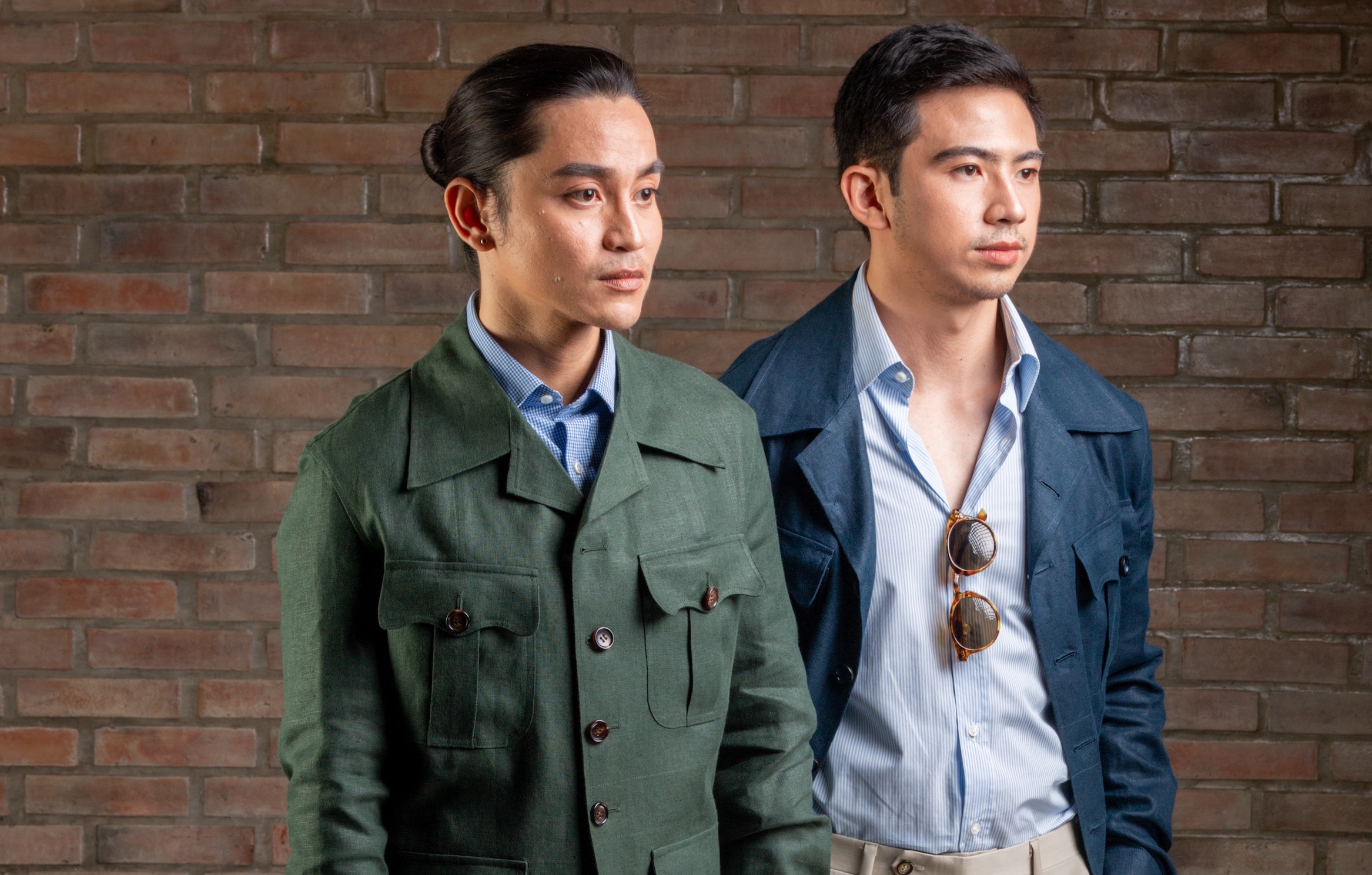 Easy fits, relaxed fabrics, and a jacket that comes from the Spanish aristocracy are the highlights of the house’s first made-to-order line. And there’s even some loungewear into the bargain.

Dressing up these days is a bit of a tricky thing to navigate. On one hand, a lot of us are staying at home and want to feel comfortable. On the other, we’re also still working while doing so, and how we look is still something we need to consider. Then there’s the fact that we do have to go out sometimes, and need something with a bit more utility, given the stuff we have to carry around these days.

So when Makati-based tailoring house Tiño came out with its first made-to-order collection, it thought of everyday city life and what people would need to live comfortably in their clothes.

“The pieces are heavily influenced by the experience of living in Manila and Rome so you could say that the garments were designed with the city-dweller in mind. The looks generally lean towards casual and rugged styles which go well with jeans and chinos—the garments of choice for people living in the city.”

Safari jackets, four-pocket overshirts, teba jackets, sport jackets, cotton trousers: most of the pieces in the 15-piece collection can be worn casually, though you could still dress them up if, say, a meeting or an occasion arrives. They’re all made in corduroy, linen, and cotton as well (with light to dark shades available), which means they should be fairly easy to slot into an existing wardrobe without much adjustment.

Still, of all these, the teba jacket is one of the standout pieces, mostly because it isn’t a style that’s commonly worn around here. But also, because of its interesting history.

“The Teba jacket is traditionally a hunting jacket with its roots in Spanish aristocracy. Given its origins, the teba is designed for movement and keeping small items while maintaining a certain level of elegance—which is amusingly similar to what people living the city need from their clothes.”

The history of the Teba jacket is a curious one, and there’s still some debate on whether it was first made in London’s Savile Row or in a tailoring workshop in Spain. Whatever the case, it was named after the 21st Count of Teba, Carlos Alfonso de Mitjans y Fitz-James Stuart, who wore it during his hunting trips. The Teba has since become the quintessential Spanish countryside jacket, and has been adopted into classic tailoring circles.

As a hunting jacket, the Teba has two patch pockets up front, sleeves that are similar to a shirt’s, and a lapel that’s just slightly more casual than a blazer. The patch pockets were meant to carry things like ammunition (similar to the safari jacket) and other small items, while the comfortable cut and the shirt-like sleeves allowed for a good range of movement to raise the arms when firing.

This sense of utility is also what makes it ideal for the current times. Between carrying masks, filters, bottles of hand sanitizer, (as well as keys, phones, and sunglasses), the patch pockets will come in handy. It’s also unstructured in terms of construction and often unlined, with no notches on the lapels. Altogether, it’s casual enough for relaxed settings, while also being dressy enough to take to the office (or go on Zoom, but you get the idea.)

While Tiño is more well-known for its bespoke services (check out our micro-documentary on Tiño’s founder and master tailor, who made a suit for James Bond), the new made-to-order collection reaches a segment that bespoke usually doesn’t. It also brings new, more casual styles that are more suited to the times, including loungewear sets that are likely to see more use now.

“Bespoke will be around as long as its artisans are around. As a method of production, bespoke will always be the highest form; it takes more time to make and it costs more to produce—the price of perfection,” Bermon says. “It’s important for us as a business to remember that not everyone is willing to pay that price and many people are perfectly satisfied with the fits and production times that can be achieved by methods of production that are less sophisticated than bespoke.”

Bespoke might be the go-to if you’re looking to build a classic wardrobe, but there’s no reason you can’t shore it up with a few MTO pieces. And these are some of the most versatile ones you can get your hands on reasonably quickly. They’ll also look good whether you choose to wear a tie or ditch it entirely.

Still, the new made-to-order line doesn’t skimp on the details. It’s got hand-stitched buttonholes, as well as pristine stitching and cutting all throughout. It’s also a boon for people who either don’t have the time or the inclination to head out of their homes or offices to get their hands on some fine clothing. And you can even customize the pieces to some degree—like the length of the sleeves and the hem—to get the pieces to drape better on the body. So if bespoke isn’t in the cards right now, this might just be the right fit.

You can check out the entire collection at Tiño’s site.