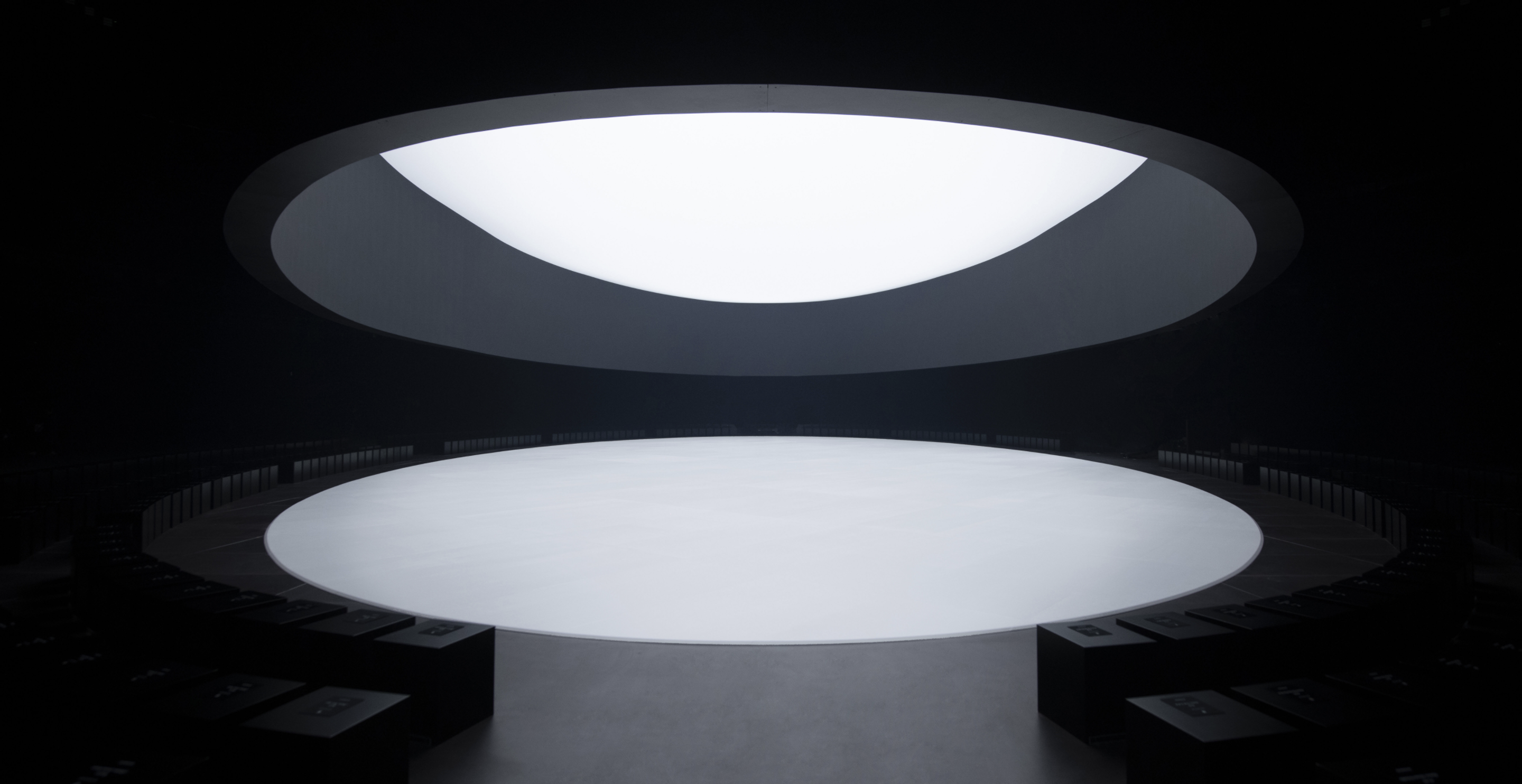 Since taking on his role as Creative Director, Matthew Williams (of Alyx Studio fame) has explored the tension between extravagance and discipline. And for his first live Givenchy show, Williams visualized the staging and soundtrack with Young Thug and presented it at the Paris La Défense Arena.

Inside a colossal oval light stage, a clutch of 70 models criss-crossed with assertive panache under a new light. The tableau turned up the impact of the looks, so you could literally see the details from across the arena. Tracking cameras placed under the mammoth dome hovered around to give a closer look at the design elements, especially for people who weren’t able to attend the live presentation.

The first part of the collection offered up 40s silhouettes underpinned with couture aspirations, featuring peplums, dense knit minis, napa leather, neoprene, and mohair wools: a disquieting monochromatic detour before turning the spotlight on all the color in the collection.

With that sense of restraint, the show evolved midway as the products of American artist Josh Smith were reworked into sinuous knitwear and leather tops. Some were layered in gauzy transparent fabrics printed with psychedelic motifs, creating a new kind of dimension within the styling.

The watery brush strokes and ghoulish prints somehow softened the whole collection, if a little strangely. As Josh Smith says of the collaboration: “Matt showed up in my studio and we started cooking together…we made some delicious things. We burnt some stuff and that tasted good too. Matt took a to-go bag back to Paris and shared all of this with his sharp creative team. This collection is a miracle. The sky’s the limit. Thanks for taking a look.”

While Givenchy is known for its Antigona, Pandora, and Nightingale bags on its store shelves, the show’s boldest move was perhaps the accessories. It debuted several fresh silhouettes including fully knitted sneakers, clogs, and unisex platform boots. The collection also revealed the Kenny bag—premiered by Kendall Jenner at the Met Gala—controversial necklaces, and statement rings, that balanced the cultural sway of streetwear designers turned couturiers.

Williams’ usual somber sentiment is a broader story that explores the foundation of his Givenchy. Every garment interlaced with the house’s heritage doesn’t seem over-exhausted. And on the contrary, it is once again enthralling and impressionable.