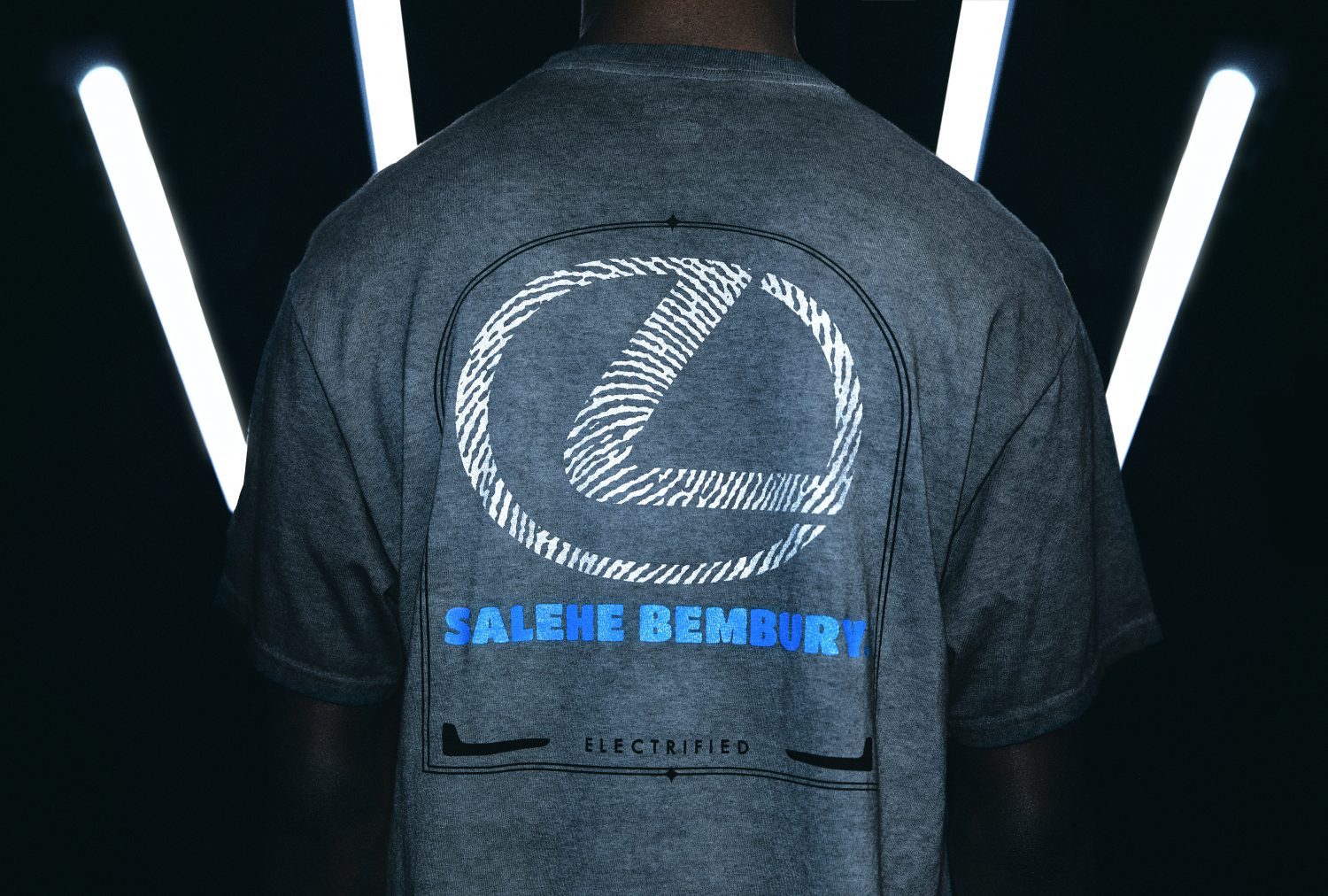 Here’s a look at the new collection from one of the sneaker world’s most prominent designers.

While the name is mostly familiar to sneakerheads, you’ve likely already seen Salehe Bembury’s work. The luxury footwear designer has created pieces for Crocs, Versace, and Yeezy—all of which have been highly visible in the streetwear scene in recent years. And sure, that’s already quite a lengthy resume, but you can expect it to grow even longer as Bembury is now one of the top designers  in sneaker culture.

Bembury and Lexus, together with athletic wear brand Champion, have created a small collection—a hoodie, a t-shirt, and a hat—aimed at people who are into the luxury street style scene. The collection is themed around the new Lexus NX, a line of compact crossovers that’s been redesigned with the future of luxury in mind.

It’s a fitting line to collaborate with Bembury on, given the NX’s aggressive, street-savvy looks and its forward-looking approach to luxury design. (It’s got a model with a Lexus-first plug-in hybrid engine, and even alerts passengers to incoming traffic so they don’t accidentally open the doors and collide with vehicles or cyclists.)

The Lexus x Salehe Bembury collection is made out of Champion’s Reverse Weave line, which uses modern silhouettes combined with traditional construction and fabrics. Dyed in dark grey through a custom oil wash process, the fabric has a distinctive, textured look.

The collection reimagines the Lexus logo and distills it into each piece. Archway shapes adorn the front and back, which are meant to symbolize a pathway toward the future. Graphic accents on the back surround the word “electrified” and were designed to resemble Lexus NX’s taillights. Reflective ink is meant to represent the new hybrid engine, while  the colors are drawn from the Lexus NX exterior. A wash tag appliqué in both English and Japanese at the front hem carries the name of all of the brands involved in the project.

“This collaboration was a new type of challenge for me. It is both challenging and rewarding to explore design outside of footwear and allowed me to think outside of my usual realm of design,” said Bembury.

Going out of his usual sphere of design may have been new to Bembury, though it certainly isn’t for Lexus.

Just a few months back, the Japanese motoring house worked on a pair of sneakers with RTFKT, a creative collective specializing in digital wear.

Still, this new collaboration could mark where things are headed in the luxury motoring world, and if the Bembury designs are any indication, we’ve got a lot to look forward to in the future.