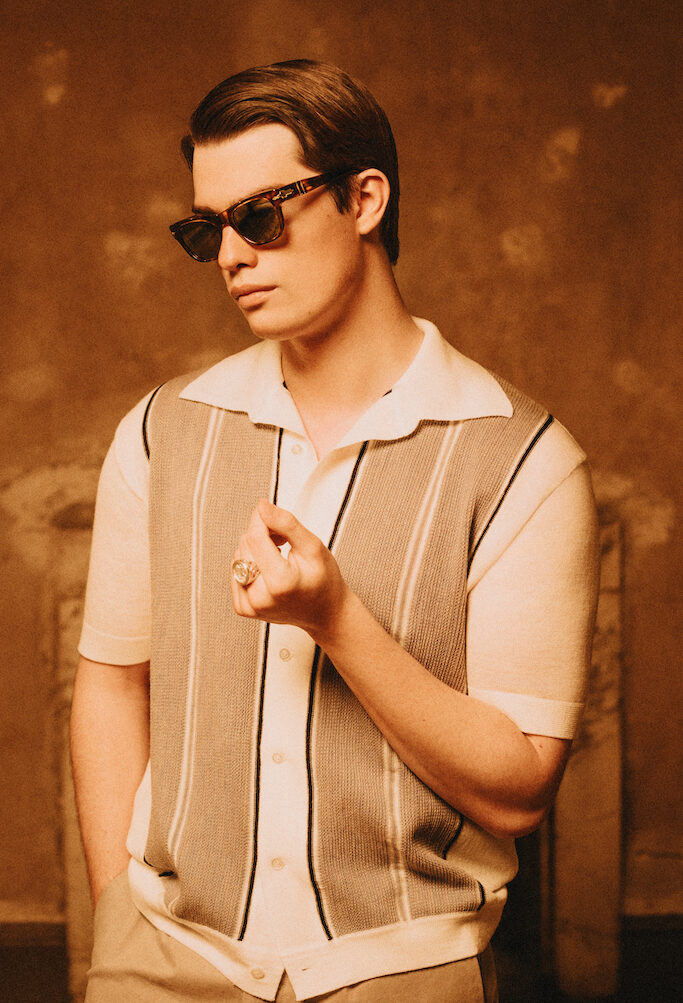 These days, we’re all looking for ways to reinvigorate the flesh and soul.

Whether it’s unfolding a new world through cutting-edge technology, looking forward to a young actor’s promising performance in a reimagined classic, or getting your brewed coffee in a new artisanal café, the spirit of novelty and reinvention never fails to keep us eager and excited every day.

If the Shoe Fits

Nicholas Galitzine is set to star as Prince Charming alongside Camila Cabello in Amazon Studios’ Cinderella musical. The fairy tale gets a contemporary spin by incorporating pop songs from today’s biggest artists. Aside from showcasing his singing skills in the film, Galitzine, who recently demonstrated his acting chops in a video ad for designer eyewear brand Persol, is also set to release his own music soon.

Samsung recently launched their new lineup of foldable smartphones: the Galaxy Z Fold3 5G and the Galaxy Z Flip3 5G. Not only did global brand ambassadors BTS perform an electrifying dance number for the Z series ads,  but SUGA himself also had a hand in reimagining the smartphone brand’s signature sound, “Over the Horizon.”

Louis Vuitton’s Carrot Pouch is a whimsical take on getting your daily dose of vegetables. Designed by Virgil Abloh for the Everyday LV capsule at the brand house’s FW 21-22 Show, the pouch is made from an orange Monogram canvas with green leather leaves.

Seventy years after the inauspicious beginnings of the Toyota Land Cruiser, the iconic vehicle gets a special release in the 70 Series Land Cruiser. In Australia, the anniversary edition gets a heritage grill with a Toyota badge above a blacked-out front bumper. The headlamp bezels, wheels, and fender extensions are darker too, reminiscent of an era when truck bumpers weren’t in the same color as the body.

Amanpuri recently reopened its doors to sanctuary seekers at the beginning of August. An idyllic and nature-filled paradise, Aman’s flagship property is known for its pitched-roofed pavilions and villas, Holistic Wellness Centre, and secluded beaches. Returning guests may look forward to new gastronomic experiences, mindfulness coaching sessions, and even a triathlon retreat.

Kalel Demetrio of Destileria Barako introduces the world’s first Ube Cream Liqueur, blending sugarcane vodka from Negros Island, full cream, and classic Filipino ube. The master mixologist of Agimat recommends drinking the beverage chilled, but lovers of the quintessential halo-halo can use the liqueur to booze up the beloved dessert.

Up in the Air

While Kanye West premiered what seemed to be Donda at the Mercedes Benz Stadium in Atlanta last July 22, various last-minute changes delayed the release of his much-awaited tenth studio album.

On August 5, the rapper reconvened everyone for another listening session and livestream of the album, which was still in development. The second presentation, directed by Balenciaga’s Demna Gvasalia, elevated the production with avant-garde outfits, footage from the quarters where Kanye slept in the stadium to work on the album, and the rapper himself suspended in the air while the single “No Child Left Behind” played in the stadium.

To this day, the final release date is still uncertain, but the previously aired streams have broken records on Apple Music.

Look forward to getting your next coffee fix at these cafés opening soon in the Metro:

This minimalist Tokyo cafe is set to open this August 2021 at the Power Plant Mall in Makati.

The Hong Kong-based purveyors and roasters of specialty coffee will open their first Manila branch in September 2021.

French-Japanese vibes coming your way. Café Kitsuné will be opening its first Philippine branch at The Podium.