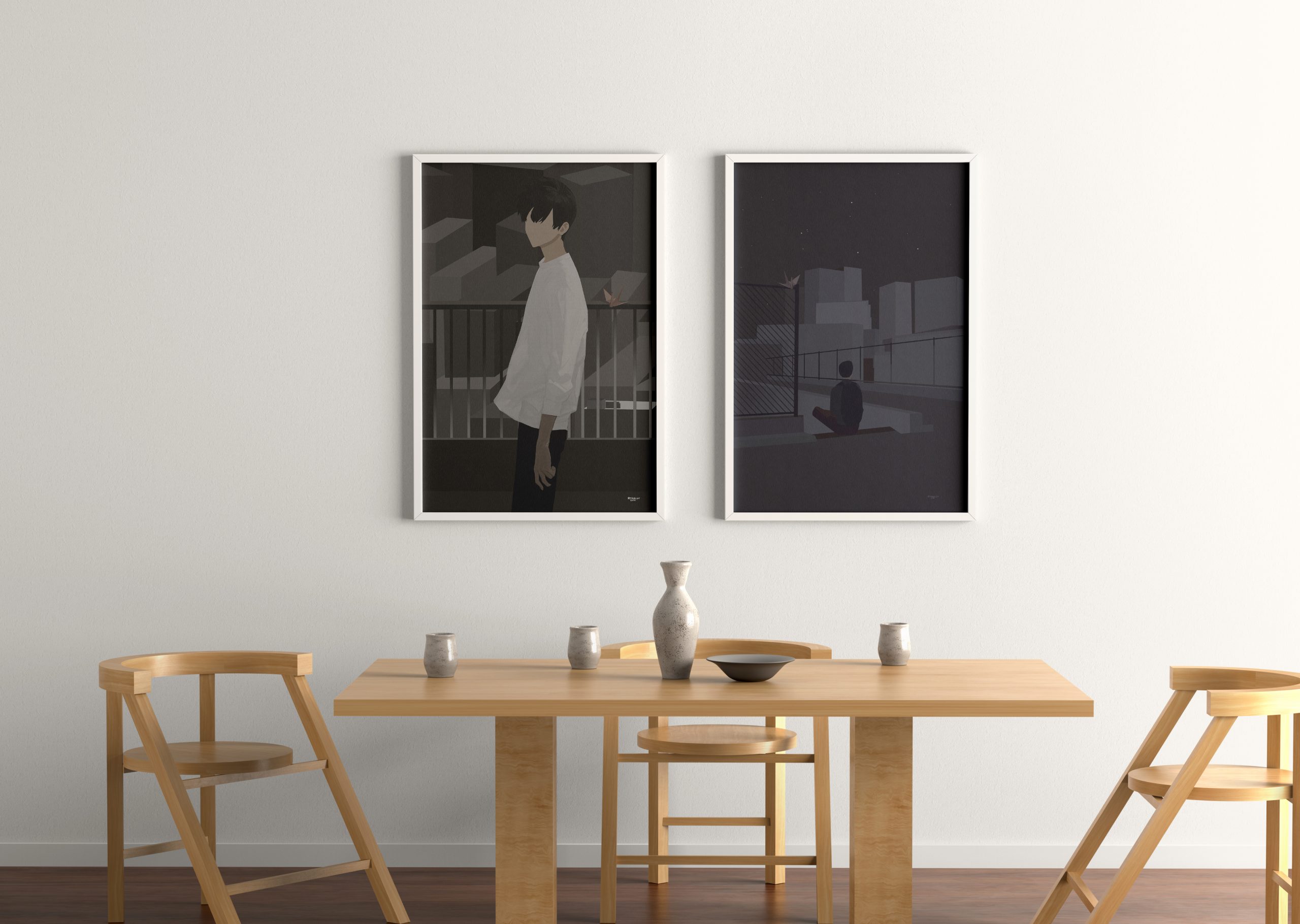 For Ryan Uy, March 2020 did not just mark the beginning of a hard, brutal lockdown. It was also the month that his father died.

It had only been a few months since his father was diagnosed with cancer.  As a reaction, Ryan started crafting paper cranes. Actual, physical origami cranes, folded over and over, one after the other. But his father succumbed to the disease even before the thousandth crane was finished.

By itself, an origami sculpture is just a piece of paper that has been folded, geometric lines lending an illusion of shape. A paper crane, however, has tremendous emotional resonance invested in it.

In Japan, there is a legend that says anyone who folds a thousand of these cranes will be granted one wish by the gods. The horrific atom bombs of World War II lend this legend some poignance and elegance, when a little girl developed leukemia after being exposed to the bombs’ radiation. She had only made 644 when she passed away. The rest of class folded up the remaining 356.

As waves of depression hit Ryan hard, his only available outlet—especially as a lockdown was declared and Manila became a ghost town—was to paint these cranes onto his canvases.

As was the case of the Hiroshima bombing victims, who folded paper cranes to signify hope amidst suffering, Ryan’s delicately colored acrylic cranes signified a path towards his own peace and healing.

Ryan had started as a watercolorist, but polite rejections from galleries, and the friendly advice that came with being turned down, made him turn to acrylic as a medium.

He also dabbled in abstractionism, delivering highly technical, startlingly clean monotonal visions, but that had to be left behind too. Throughout his as-yet brief career, Ryan Uy has demonstrated an agile response to the demands of an unforgiving art industry.  And now, with cranes in hand, it looks like success is finally in his grasp.

Midpoint, it was all about planes and gradients, angles and corners. There were monolithical shapes, simply bounded by straight lines. Ryan found the portal of abstractionism as the easiest to execute, as he felt that his best suit was his ability to choose colors and palettes. Thus, abstract works were what the gallerists saw when Ryan began pitching his pieces to established galleries.

“I wanted to be inclusive. I didn’t want to paint my face. I wanted others to be able to see themselves and project their faces on to the characters.”

His first big break came when VoV, that fertile breeding ground for fresh young talent, agreed to incorporate his abstract pieces for its Art in the Park program in 2018. That was the year Ryan decided to quit his BPO job and create art full-time.

But VoV wasn’t a sure thing. In fact, Ryan noticed that while his zen-like, restful works were being snapped up by interior designers, other galleries weren’t showing interest. And when, like all tech-savvy kids of his generation, he opened his own website, he also noticed that his monthly collections were being pursued not by collectors, but by decorators.

That didn’t sit well with the artist in Ryan. Commercial success wasn’t the end goal, and he pondered on how he could transition into being a “serious” artist. Taking the advice of insiders to heart, Ryan began incorporating figurative elements into his pieces.  Astronauts, school kids, and anime-heroes began populating his frames, and blending with the usual geometric shapes Ryan was comfortable with.

Those rigid shapes likewise gradually changed over time. There was a softening and bending in gentler directions. The angles became curves, and the squares became ovoids—which then morphed into fat fish and stationary butterflies. These were his stepping stones before he landed onto this current phase of the origami cranes.

Cranes thus formed the centerpiece of his first online show, Nothing is the Same Again. Premiered in August 2020, deep in the midst of the pandemic, Ryan revealed much of the suffering he was going through.

To a largely immobile, art-thirsty audience, Ryan presented the transmutations of his emotions onto canvases. On the surface, these canvases were clinically pretty, but viewed against the context of the times and his personal circumstances, they resonated with subtler depths.

The grieving boys that Ryan painted were faceless. “I wanted to be inclusive. I didn’t want to paint my face. I wanted others to be able to see themselves and project their faces on to the characters.”

The accompanying pastel cranes were tinged with shadings of somber greys and eggplant, mauve, and bronze.  Delightfully fluttering butterflies were blessed with delicate mint green and lemon yellow wings, but likewise paired with deeper shadings that offered a counter-resistance to the lightness of hues. True to the epoch of the pandemic, gold face shields and aseptic face masks adorned the faceless boys that Ryan depicted.

As explained in his Artist’s Statement, Nothing is the Same Again was about “yesterday, today, and tomorrow.” The cranes were there at a time his father was also around Ryan’s life, they were there when his father was suddenly gone, and they would be there when Ryan faced the morrow without paternal guidance.

Perhaps empathy worked. The show was a quick success, with all show pieces taken within six hours.  That heart-warming reception fueled Ryan’s decision to hunker down and immediately prepare for another online show, which launched three months later. In December of 2020, Ryan unveiled Fragments, another brutally honest exposition on his emotional fragility.  It was no surprise that Fragments, with its evocation of loss, grief, and recovery, likewise sold out.

As 2021 came and steadily marched on with no end in view to the pandemic, Ryan has taken his loss in stride. He still has his goals steadily fixed in his sights, and is working to make his father proud of the boy who would ask his dad for help in prepping frames and canvasses. Physical shows in Cebu and Taiwan have been offered, shows which Ryan eagerly accepted, and Qube Gallery has taken him under its wings for the upcoming July edition of Art in the Park.

Success seems to be waiting in the wings, and with the mood of the times lifting, Ryan may be ready to bid the cranes goodbye. His forthcoming show this August 2021 in Cebu City, under the aegis of Qube, will explore the possibility of endings, with the tentative title “New Perspective” seriously considered.

There will still be faceless boys and girls. Working from home, lost in social media, texting and streaming in condominiums within the metropolis.  Will we see more cranes though, or have we seen the last of them?

Like grief, we never know when it will rear its head.