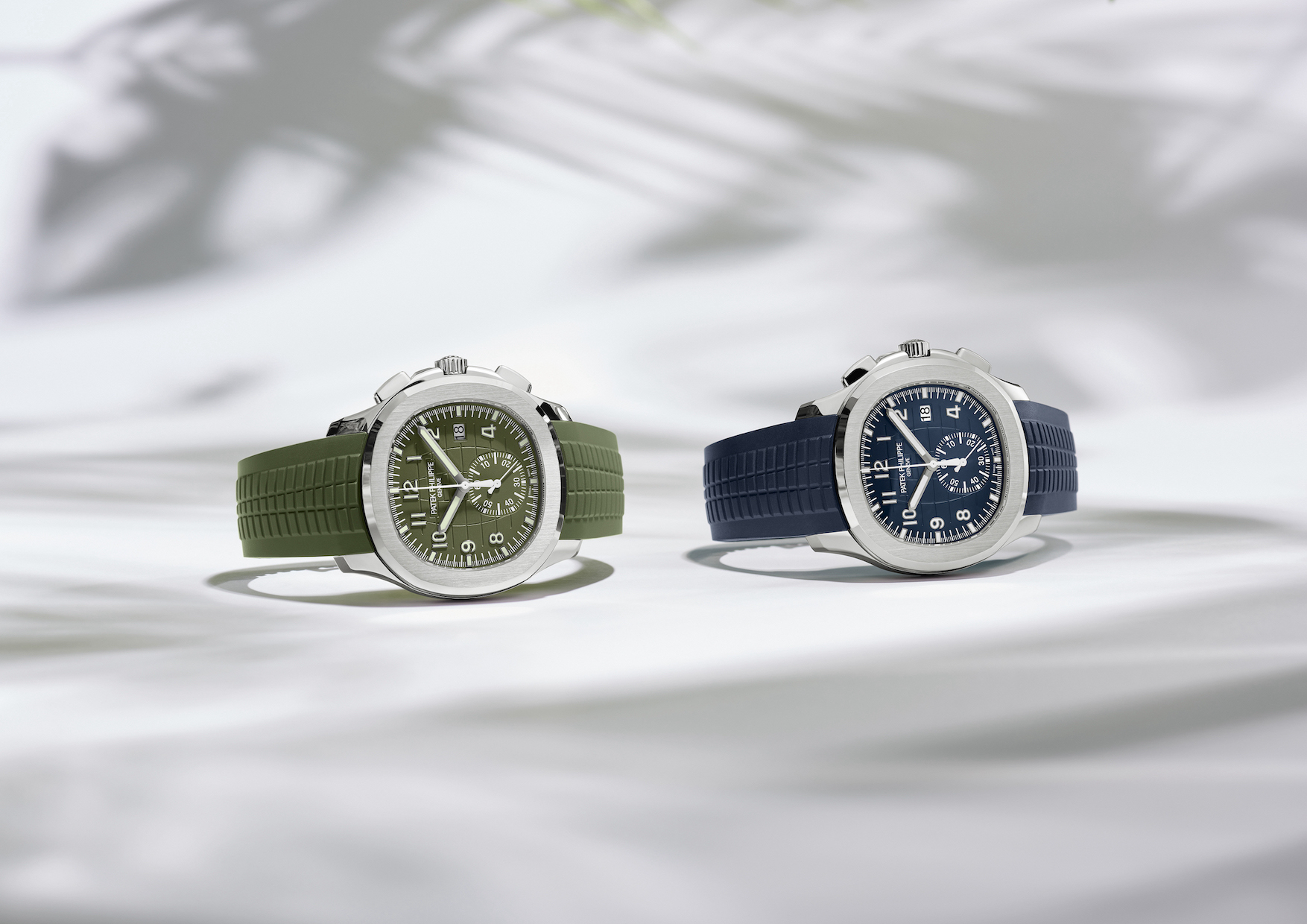 And it now comes in white gold

Patek Philippe has a bit of a history in surprising people. And that itself, is actually surprising, as they’re one of the most conservative names in the watchmaking world. The manufacture curiously lays claim to some of the most coveted sports watches that are still in production today. And with the recent release of the new Aquanaut collection, it seems as though that isn’t going to change soon.

But to understand why the Aquanaut is an intriguing piece (and why it exists in the first place), we’ll need to talk briefly about its background. And it all began when Patek Philippe first released its groundbreaking sports watch: the Nautilus.

When the Nautilus was introduced in the 70s, it stood out among the other collections from the house. It was very much unlike Patek Philippe’s more formal dress watches. Designed by the legendary Gerald Genta, the Nautilus was a luxury watch that was made of stainless steel, with an octagonal bezel inspired by a ship’s porthole.

This wasn’t exactly unheard of (Genta had previously designed the Royal Oak for Audemars Piguet), but it was still rather uncommon at the time, when precious metals were the hallmark of luxury watches. That, however, proved to be one of its advantages, and the watch seemed to gather its own following. And so the Nautilus inadvertently became one the house’s flagships, going on to create more modern interpretations of its design.

In the same way that the Nautilus was a curious innovation, the Aquanaut was equally intriguing. Released in 1997, this was an unprecedented move on Patek Philippe’s part. This time, the house had not only developed another sports watch: it had made one with a rubber strap.

With its round, octagonal shape, the Aquanaut clearly drew inspiration from the Nautilus, though it was a little more casual and modern. Watch collectors had mixed impressions, naturally. But, in the end the comfort and utility of the Aquanaut won its own following, exactly like the Nautilus did. It has likewise received newer versions as well.

That brings us back to now. Patek Philippe has recently launched the new Nautilus collection, updating the men’s chronograph in particular.

As for the design, you can expect the familiar silhouette of the Aquanaut, along with the seamless implementation of the chronograph complication and the date display window running on the caliber CH  28-520. The CH 28-520  is a self-winding movement, and the chronograph is a flyback, which means you can reset it to zero without stopping it first. This makes it handy for when you need to respond quickly to what’s happening around you.

At 42.2 mm, the new Aquanaut Chronograph sits at a comfortable size—not too large or small—and should be a good fit for most wrists. The white gold case, on the other hand, adds a new option to the already robust range.

Just like the Nautilus—the watch that inspired it—The new Aquanaut Chronograph is likely to win over a following of its own.