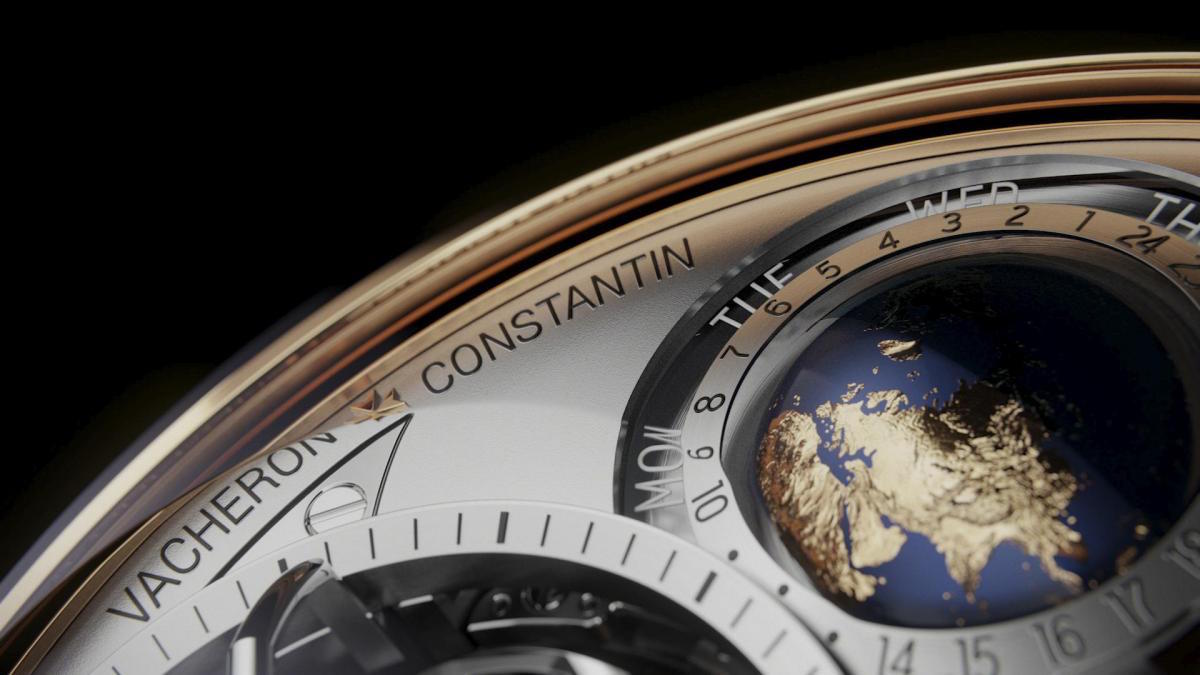 Here’s a look at more of the past week’s releases.

Continuing our rundown of this year’s highlights, we’re taking a look at even more watches from some of the oldest houses in existence. Still, their age doesn’t mean that they don’t create some of the most out-there timepieces to ever hit the boutiques. Because, most of the time, they do.

And that’s part of what makes the watchmaking world so fascinating: the constant march forward, the relentless ingenuity to take tiny bits of metal and build something greater. It’s in this world where the old and the new, the mundane and the fantastic, keep on intersecting.

From the vintage-inspired to the outlandish, have a look at some of the highlights from the past week. Meanwhile, you can also take a look at our previous story here.

The name is a mouthful, but Vacheron Constantin’s Planetaria does so much that a shorter name would have seemed less appropriate.

To begin with, the armillary tourbillon is a mechanism that helps counteract the effects of gravity (read more about tourbillons here). This one runs on a double axis and was originally developed for the most complicated watch in the world: a piece that Vacheron Constantin unveiled in 2015.

The hands on the main sub-dial at 3 o’ clock display the time as well as the moon phase in two hemispheres. The rotating globes at 12 o’clock and 6 o’clock, on the other hand, indicate whether it’s day or night in either hemisphere as well. The ring on the top globe indicates the days, while the ring at the bottom indicates the month. The date is displayed on the right half of the dial, using a retrograde system where the indicator jumps back to the beginning after reaching the end of the scale.

The leap years meanwhile, are indicated on the small window at 5 o’clock. The watch won’t need any adjustment until 2100, and even then, it only needs to be adjusted by one day. That’s such a long time from now that most of us probably won’t need to worry about it.

The Reverso is one of those iconic watches from history. Created in the 1930s upon the request of polo players, the watch was designed to withstand the rigors of the sport. The main feature of the Reverso was that the front part of the watch could be flipped inward, leaving the sturdier cashback exposed while protecting the crystal and the dial.

This year, the JLC has upped the game by giving the Reverso four faces: a first for both the house and for the world. But these aren’t simply faces: each one is packed with a combination of complications that merited 12 new patents.

The first face features a perpetual calendar, the time, and a tourbillon. On the back of this face is another one, housing a dial that tells the time using digital jumping hours. You can also activate a switch that sets a minute repeater in motion, with notes that tell you the hours, quarter minutes, and minutes. Minute repeaters were invented at an age  when people needed to tell time in the dark, thus making use of sounds to determine the exact time.

The next face displays indications of the moon phase in the northern hemisphere, and the draconic and anomalistic cycles, which let you determine astronomical occurrences such as solar and lunar eclipses, as well as supermoons. This is the first time all three have been incorporated into a wristwatch. This face also houses displays for the month and year.

The last face, seen on the back of the watch, has a moon phase indicator based on the southern hemisphere.

It’s a lot of watchmaking packed into a 51.2mm case, and given JLC’s expertise in the decorative arts, the house made sure it doesn’t look completely technical either.

Chopard’s novelties for Watches and Wonders 2021 are a little varied, including a few pieces that highlight their gemsetting and jewelcrafting expertise. Still, it’s the Perpetual Chrono that caught our eye. L.U.C. stands for Loui-Ulysse Chopard, the house’s founder, who also serves as the inspiration for their classical timepieces.

As its name implies, the watch houses a chronograph and a perpetual chronograph: both complications that frequently make into collections. The days and the day/night indicator are displayed on the left subdials, while the months and leap year indicator are shown on the right subdials. Even with all this information, though, the clean design and presentation make it highly legible.

The watch has a titanium case, which is quite an unusual choice of material for a perpetual calendar watch. This makes it ideal for a collector who wants something a little different from the usual gold and steel.

Less is always more when it comes to design, and Cartier displayed how much “less” they could go with this year’s crop of new watches.

The Rotonde de Cartier Astrotourbillon is a skeletonized watch, meaning the house shaved and carved away pieces of the movement and dial to reveal the mechanisms underneath. In this case, the movement itself seems to be suspended in air, held only by the cartier signature and the roman numerals of the dial.

But the crowning achievement here is the tourbillon, which is difficult enough to produce on a regular watch, much less one with barely anything to hang on to. The watch is coated in SuperLuminova, making it visible even at night.

Okay, so this doesn’t actually count as a watch, but it’s too fantastic not to include on this list. Ulysse Nardin has an eccentric view of watchmaking (see our story on the Milo Manara collection here) and it definitely shows on the UFO.

UFO stands for Unidentified Floating Object. Ultimately, it’s a table clock, but it’s also a work of art, a chronometer, and a swinging mechanical depiction of the movement of the waves.

The UFO has been engineered to swing around with precision, neither too fast nor too slow, mimicking nautical waves. It also displays the time across three different time zones using its three dials: a nod to past present and future. Housing a hand-wound movement with a one-year power reserve, this clock is going to keep ticking while we wait out the pandemic.