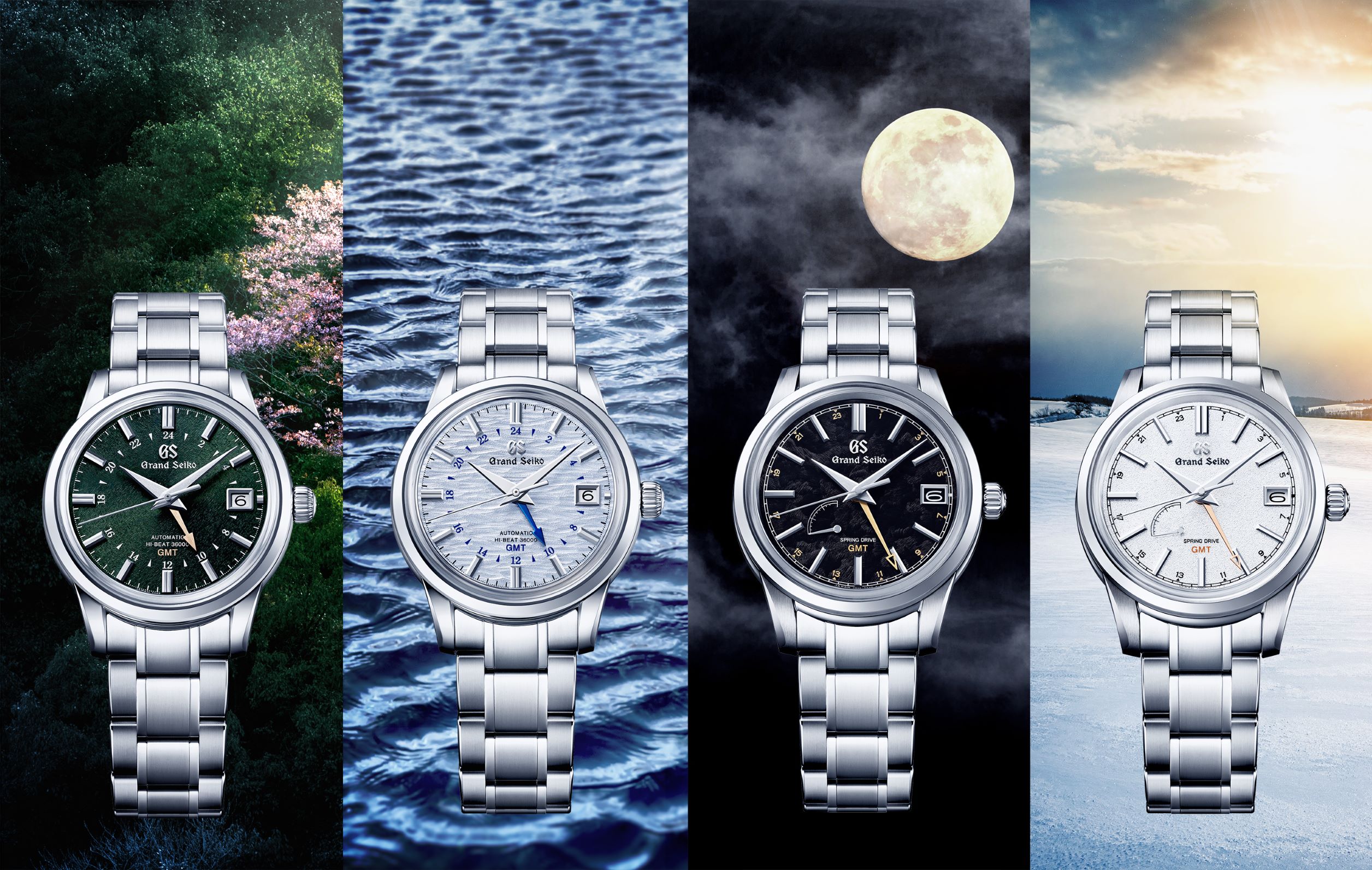 Grand Seiko’s subtle approach to watchmaking displays the relationship between the mechanical world and the natural world.

2020 was a landmark year for Grand Seiko. That year, the Japanese watchmaker turned 60, and along with it came a massive celebration that would bring the artisans, the collectors, the company’s key people—basically, the entire Grand Seiko community—together. It was going to be called the Grand Seiko Summit.

Only, it was a celebration that didn’t happen. Set to be held in Tokyo last year in early March, Grand Seiko was forced to cancel the summit at the onset of the pandemic, joining Baselworld and SIHH, which were also put on hold by the same situation. But slowly, they found a new home online, leading to a different, though not entirely unwelcome era. Digital exhibits wouldn’t have the same experience as the physical one we’re accustomed to, but basically anyone could “walk” into them without much commitment. Long-time collectors, newly minted enthusiasts, and even people with just a passing interest in watches could now go to a full-fledged watch expo and not just hear about it from other people.

And this year, it was Grand Seiko’s turn to stage their own, bringing  the Grand Seiko Summit to its following around the world, and letting everybody in on what makes the house tick. While people missed out on seeing the timepieces in the metal (also fellow collectors, the artisans, and everybody else), the move to digital made the celebration more convenient. Suddenly, those who couldn’t have flown to Tokyo last year found they were able to go, anyway.

For the duration of the summit, we got to hear the designers, watchmakers, and leaders of Grand Seiko talk about what they’ve been doing, and where they’re heading. Every single forum even came with its own stage. So even while the whole thing was digital, it did a lot to transport people to somewhere other than home. It’s about as close as you can get to being in Tokyo at this time. And throughout the whole event, you can see just what makes Grand Seiko so distinct in the luxury watchmaking world.

The house approaches the craft quite differently—not too concerned about Western ideas of what a watch should look like. It focuses instead on the basics: understated designs, a high degree of finishing, and watchmaking technology that pushes the limits of what can be done with tiny bits of metal. This is what they call the spirit of Takumi: a word that means “artisan” in Japanese. And this philosophy  has appealed to watch enthusiasts and the more technical collectors who like to know that they’re getting a lot of watch for their money.

But Grand Seiko isn’t just about the pursuit of mechanical perfection. Part of their artisanal approach to watchmaking can be seen in the way they design how their watches look as well. Grand Seio takes a lot of inspiration from nature, and some of their most popular pieces have names like the “Snowflake” and the “Mt. Iwate,” which recreate natural patterns and images. The house has a history of taking a scene from nature and reinterpreting it for the wrist.

We’ll get to their history later, because they’ve got quite a bit of it and that’s something that we’ll have to do in a whole other story. For now, take a look at what Grand Seiko came up with for the year, and keep your eye out for the tiny details. Because in the world of Grand Seiko, every single bit matters.

This particular piece takes its own inspiration from tree rings, recreating wood grain on the dial. The hour hand is noticeably thick while the minutes hand is slimmer, allowing for greater legibility. The watch comes in the Series 9 case, with a slimmer profile meant to house the new calibre 9SA5 movement.

The 9SA5 was made with help of Micro-electro-mechanical (MEMS) technology to create a new escapement. Without getting too technical, that’s the part of the watch that controls the energy and transfers it to the timekeeping system. It’s also the one that makes the ticking sound in the movement.

The new escapement was developed for over nine years and is made to be more efficient in transferring power to the timekeeping mechanism. The short of it is, it allowed the movement to become 15% slimmer and this directly translates to a slimmer watch. To date, it is their finest movement, made specifically for Grand Seiko.

When Seiko first released the Spring Drive in 1999, it was a bit of a curiosity. It employed the torque of a traditional watch while using an integrated circuit, giving it the accuracy of an electronic watch. You couldn’t really call it fully mechanical, and it wasn’t fully quartz either. What it was though, was a feat of watchmaking engineering.

Today, the Spring Drive lives on, most notably in the collections of Grand Seiko. The new Spring Drive Chronograph gives it a more refined look, with a black ceramic bezel and 18k gold details set against the stainless steel case and bracelet. Conceptually, this look captures what the Spring Drive is: a contrasting mix of classic and modern.

Grand Seiko claims that this may be the most precise chronograph in the world, and it can measure elapsed time for up to 12 hours with an accuracy of ±1 second per day (you can read more about chronographs here). In any case, the SBGC240 Spring Drive Chronograph certainly has the history to back it up.

Finally, we have a collection inspired by Japan’s 24 seasons. In the Japanese calendar, the four main seasons are divided into 6 distinct portions, which marks the subtle changes in each one. The 24 sekki, as they are called, denote things like the awakening of hibernated insects in spring, the coming of frost, and the summer and winter solstices.

The Elegance Collection brings four of these sekki to the wrist, recreating the atmosphere of specific times in winter, spring, summer, and autumn. All of the models are equipped with a GMT complication, which has an additional hour hand that allows you to keep track of two time zones: local time and Greenwich Mean Time. Though you can also set it to any two time zones should you go traveling or simply want to keep track of what time it is in a particular country.

Toji is the winter solstice, and it’s when the days are shortest. The dial is made to recreate a winter landscape with the sun setting in the background. This particular model runs the Spring Drive GMT movement.

Shunbun is the spring equinox—the first day of spring, marking the time when the sakura blossoms start to bloom and the shift of the season is felt in the air. It’s a highly anticipated time in Japan, and even has its own holiday. This shift in seasons (and the colors that go with it) is the inspiration for the SBGJ251.

Shosho denotes high summer, when the rains finally stop and the middle of the season begins. It’s a time when people are thinking of days by the water, and the dial of the SBGJ249 captures that thought. Japan’s many lakes and ponds serve as the inspiration for the watch’s textured blue dial.

Kanro is the season of cold dew and the height of autumn. It’s the time when the evenings have a distinct chill, and this is what the dial of the SBGE241 recreates. The deep black of the dial is inspired by the nighttime sky with a moon hanging over the clouds. It’s a profoundly serene mood, and this—as well as the rest of the new collections—captures what Grand Seiko brings to the table when it comes to the art of watchmaking.