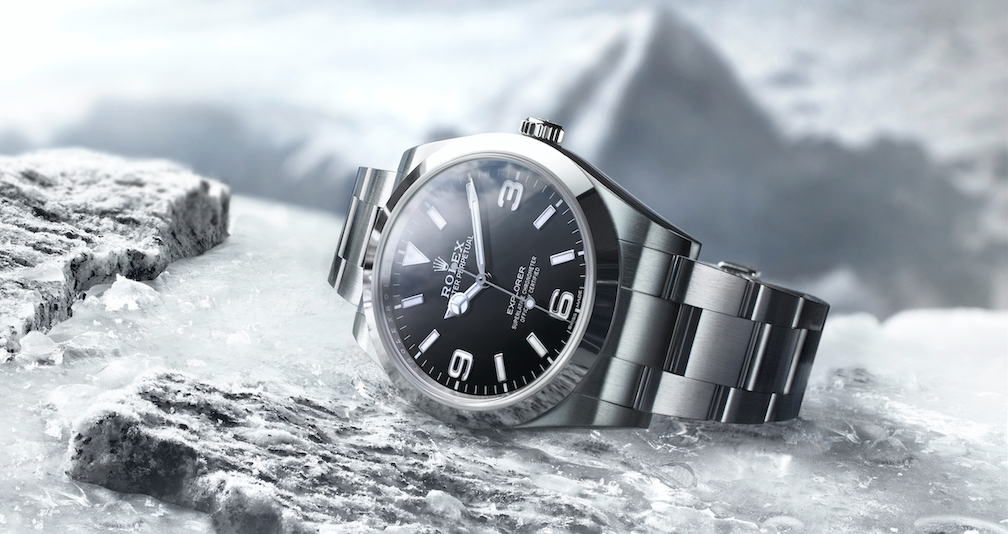 Iconic pieces that will outlast trends—and maybe even you.

2020 has come and gone, possibly the most unfortunate year in recent history. And while many feel that the past year is best left behind, hopes are high for the new one.

If the crisis has taught us one thing, it’s that we have to take a step back and look at our lifestyle choices. Gone are the days when trendy purchases were made with abandon. At a time like this, people are more focused on selective consumption. What this basically means is buying things with value: things with actual use and a lifespan that’s likely greater than yours. And in the watchmaking world, that’s much easier to do.

This is an industry that has shown it can outlast decades upon decades of shifting tastes. Primarily, because of its commitment to heritage, classic design cues, and the mechanical craftsmanship.

Here, we’ve come up with our top picks of watches that last a lifetime. Because we’re not just buying for the pandemic. We’re looking at what comes after.

As far as timekeeping icons go, the Omega Speedmaster is one of the most storied watches to ever exist. Worn by the astronauts of the Apollo 11 mission—Neil Armstrong, Buzz Aldrin, and Michael Collins—it made history by being the first watch to go to the moon. Buzz had even worn his on the lunar surface. (You can relive the entire journey in our story here).

While that already earned it a place in the history books, the story didn’t stop there. The Speedmaster was also the watch that helped save the Apollo 13 astronauts when their mission went critical.

As it happens, the Apollo 13 suffered an explosion in one of the oxygen tanks, and that had put a stop to the mission. With one of the oxygen tanks ruined, the air and power steadily dwindling, the original objective of landing on the moon had to be abandoned. The only goal left was to get all three astronauts safely back home.

Now here’s where the watch comes in. Swigert and the Apollo 13 astronauts used it to time a critical 14-second engine burn that would set them back on the course to Earth. With the Speedmaster on his wrist, Swigert’s maneuver had worked and the Apollo 13 crew made it back.

For its feats in space (and of course, for its classic design), the Speedmaster easily makes it on the list of enduring classics. This is a watch that won’t easily go out of style, and is a mainstay among Omega’s lines.

The newly released Speedmaster has even upped the game with a new chronometer certified movement, which means the watch is now more accurate than it has ever been. (You can read here to see what a chronometer movement does). And if it can survive space, it’s likely to survive whatever you can throw at it on Earth.

Alongside the Submariner and the Daytona, the Explorer is one of Rolex’s most iconic tool watches. And just like the other two, the Explorer has a bit of history to it.

In 1953, Sir Edmund Hillary and Tenzing Norgay reached the summit of Mount Everest. While the members of the expedition were provided with Rolex Oyster Perpetual watches, there’s still some discussion as to which watch Hillary was wearing when he actually reached the summit (another watch manufacturer, Smiths, also provided him a watch for the journey).

Norgay, however, was wearing his. The Oyster Perpetuals that were provided for the journey were to be the forefathers of the modern Explorer.

That achievement, as well as its clean, classic style, has etched the Explorer into the annals of watchmaking history. The use of modern watchmaking techniques and materials have also ensured that it has only gotten better with time. (Check out our story here for a more detailed look into the current Rolex lineup, as well as here for the history of Rolex).

For Cartier, one of its most enduring icons is the Santos, and its history goes back to the early 1900s.

During that time, Louis Cartier was in a conversation with his friend, aviator Alberto Santos-Dumont. Santos-Dumont was one of the pioneers of ballooning, dirigibles, and heavier-than-air craft, and had complained to Cartier about the difficulty of checking his pocket watch while in the air.

By 1904, Cartier had given him a solution: creating the first modern men’s wristwatch and naming it after him. Santos-Dumont wore it to his flights and went on to become a national hero in Brazil for his work in aviation.

The original Santos de Cartier looked quite a bit similar to the ones of today: exposed screws, bold arabic numerals, a rectangular bezel with soft, rounded edges. Though the watch line has had a few changes made here and there since 1904, the Santos retains much of its appeal. And its timeless spirit of adventure might also come in handy for the times ahead.