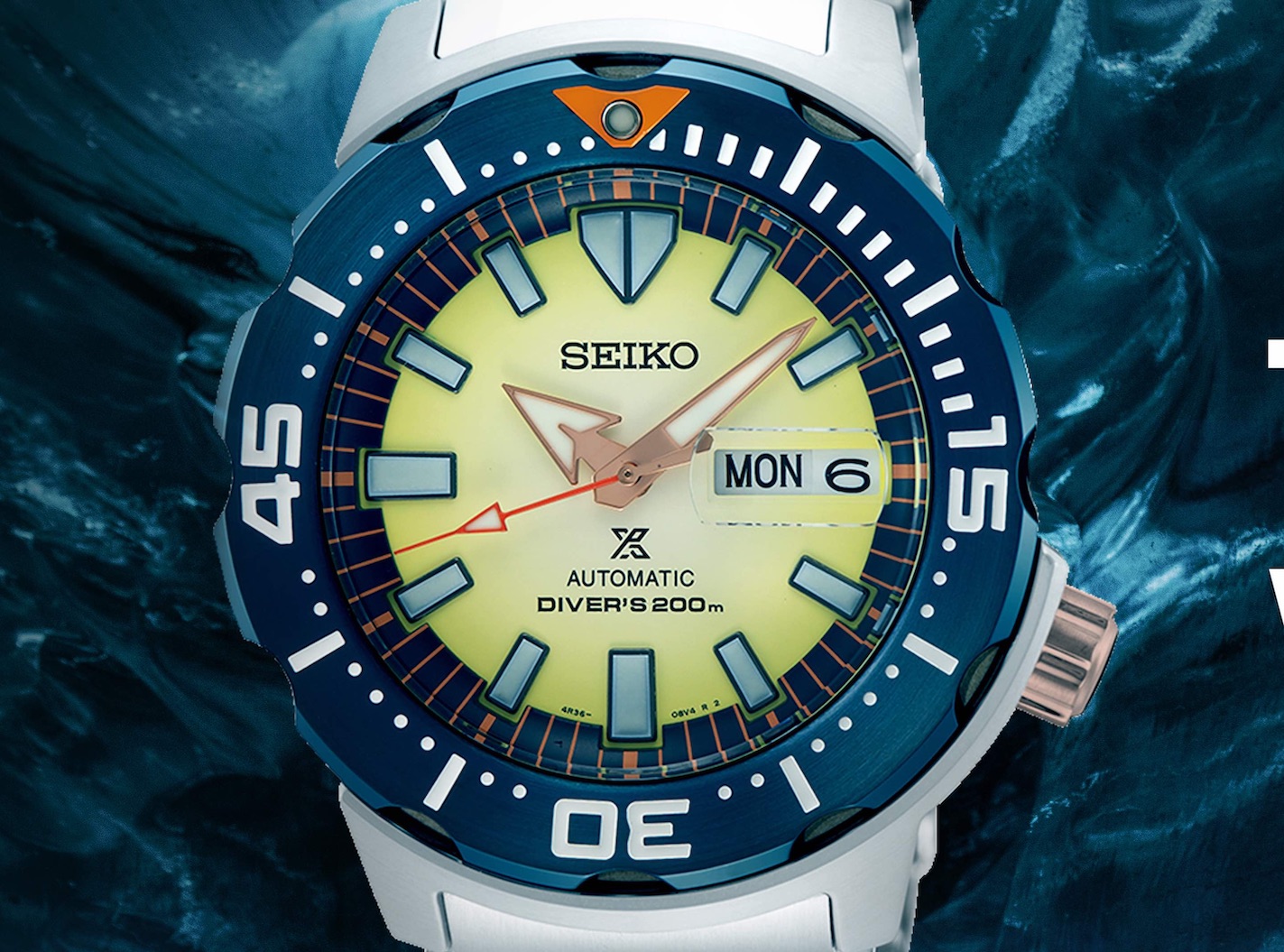 Only 1,000 pieces of the Monster Tubbataha have hit the market.

As far as dive watches go, Seiko’s got quite a claim on the field, owing to its history as a watchmaker. Seiko’s been around since 1881, after all. Started as a small store in Tokyo, then turned into a watchmaking giant. And now it has as much history as most of the popular Swiss brands, and quite a bit more than some.

The watchmaking house released Japan’s first diver in 1965, and it quickly became one of their most iconic pieces. Called the 62mas, it was water resistant for up to 150 meters—a landmark at the time—and was even worn by the members of the Japanese Antarctic Research Expedition from 1966 to 1969.

From this first diver, Seiko has since created entire collections that have claimed their own fan base. And now, for its 55th anniversary, the brand has released its first Philippine limited-edition Prospex—a dive watch inspired by the Tubbataha Reef.

Seiko has named the watch the SRPF33K1. And while it isn’t really the most romantic of names, the thing about Seiko was that they hardly ever name their watches. They give the watches a model number and then let the community come up with nicknames for them.

And think about that. About how confident you have to be be to leave the naming to your fans.

To date, all the popular Seikos have nicknames assigned to them by the will of the fanbase. You’ll find a Turtle, an Urchin, a Samurai, and so on. That’s how strong the following is, and that’s how collectible these things have become. The SRPF33K1 comes from a collection that has been named the “Monster.” And this particular watch has been dubbed—and unsurprisingly at that—the Tubbataha.

The watch draws its looks from the Tubbataha Reef in the Philippines—a sprawling marine reserve that covers over 96,000 hectares in the Sulu Sea. The reserve is densely populated with marine life and has since become a UNESCO Heritage site. This also means that it’s one of the most popular diving sites in the Philippines.

The Monster Tubbataha echoes the reef in its choice of colors: the bezel comes in blue for the sea, and the dial is in a graded yellow, which mimics the color of the corals. It’s a bit on the large side at 42.4 mm and looks like it would be quite a presence on the wrist. Cased in stainless steel with a two-tone bracelet, the watch strikes a balance between rugged and refined. But no mistake, this watch was made to go under the sea.

The Monster Tubbataha is powered by the 4R36 automatic movement, which has a 41-hour power reserve. You can also wind it manually using the screw-down crown, which sits at the 4 o’clock position. As far as water resistance goes, it can handle going down to 200 meters, which means you won’t have to worry about it during an average dive. It also comes with a spare silicone band, which comes in blue.

“This is a very big moment for us because it’s closer to home and we can’t wait to hear about your adventures with this new timepiece,” said Karl Dy, President of Timeplus, the official distributor of Seiko in the Philippines. “Seiko’s pursuit for innovation and technology continues in the Philippines, specifically in the Sulu Sea where one of the most diverse marine ecological systems in the world is located.”

The Philippines has a particularly large Seiko following. If you head over to Facebook and look up Seiko Watch Club of the Philippines, you’ll see that it’s currently over 25,000-strong. And it’s been one of the more vocal ones in the local watch collecting community.

With the Monster Tubbataha being limited to just 1,000 pieces, each one is likely to find its way to an owner fairly quickly. And sure, this might be the first Philippine limited-edition watch from Seiko, but given the reception and the , there’s a good chance it won’t be the last.