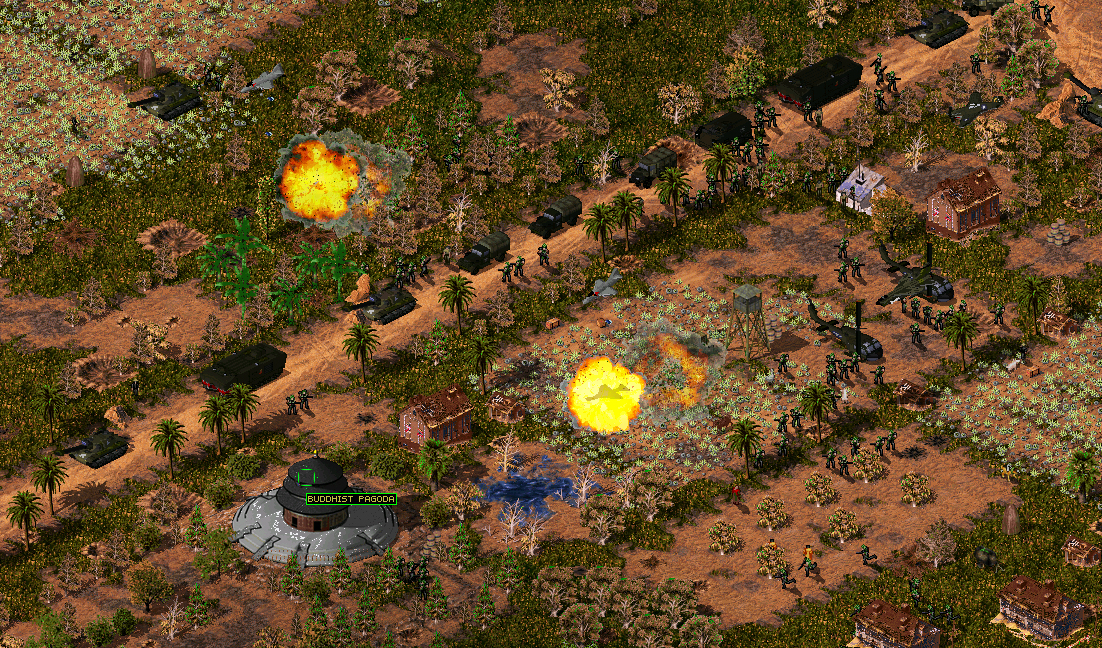 The real-time strategy video game is as accurate as it gets.

The coronavirus might have stalled progress in a lot of fronts, but it’s given some people one thing: time to work on their personal projects.

And for Tiger Yan—a first time game developer from the Philippines—it was the boost he needed to complete a video game about the Vietnam War: one that he’s been working on for the better part of two decades.

“I was always interested in history and the Vietnam War in particular,” says Yan. “I started creating The ‘Nam: Vietnam Combat Operations way back in 2003 but work and life were more important, so the project was mothballed for 17 years. Like everyone else, the COVID-19 outbreak forced me to stay home most of 2020. I saw this as the perfect opportunity to learn basic programming and finally finish what I started.”

The ‘Nam is a real-time strategy video game that places you right in the middle of the Vietnam War. With development having started in 2003, it was built using the 20-something-year-old game engine and logic systems of Command & Conquer: Tiberian Sun—one of the classics of the real-time strategy genre.

The game puts you at the helm of one of the factions that were involved: the US Marines, the Vietcong, and the North Vietnamese Army troops, as well as the the Army of the Republic of Vietnam (ARVN).

But more than the variety, it’s the accuracy of the game that’s interesting. Yan’s day job involves flying around Asia to photograph people and wildlife across forests and rural lands. This has given him plenty of opportunity to observe and take in the landscape, using his field experience investigating farm communities and wild areas to make the game as realistic as possible. Overall, it took three trips to Vietnam and the use of antiquated programs like MS Paint, just to get the feel of the game right.

“From irrigation dikes and rice paddies to barking dogs and crowing chickens, this game brings the Vietnamese countryside to life,” Yan says.

After being released last September, the game has consistently garnered good reviews from Youtube channels and online gaming forums.

The ‘Nam can be downloaded completely for free, and Yan mentions that the game was developed as a non-profit learning tool to educate people about the Vietnam War. However, Yan is encouraging people to donate to APOPO: a nonprofit organization working to clear deadly landmines in Cambodia.

The Vietnam War ended in 1975 when the North Vietnamese and Vietcong unified Vietnam under communist rule. That isn’t such a long time ago, and you can still see the lingering effects of the war on modern Vietnam (check out our visit to Hanoi here).

“In reality, the Vietnam War wrought great misery for the people of Vietnam, Laos and Cambodia. If this game can spur at least one good donation, then it would have been worth it,” Yan says in the end.

Watch the intro to The ‘Nam here: