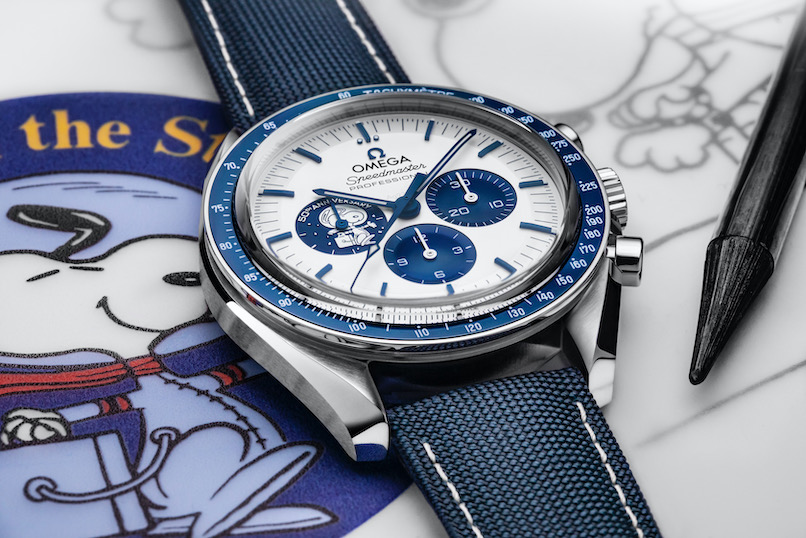 This autumn, bold is the new black.

We’re finally coming into the last quarter of the year. Granted, it’s not been the best year so far, but the world of watchmaking continues to produce pieces that fascinate us with their ingenuity. That, at least, is a tradition that has managed to carry on.

And if you’re a fan of watches, it’s this spark of invention that will help carry you through to the end of the year. Whether by color, by design, or by their sheer audacity, these watches will help brighten up the colder days ahead.

Since 1972, Audemars Piguet has been known primarily for the Royal Oak: an icon that basically redefined modern watchmaking. Designed by the legendary watchmaker Gerald Genta, it was the first stainless steel sport watch that dared to enter the luxury market. At the time, it was a bold move—considering the toll that the quartz crisis had taken on the watchmaking industry—though it was one that paid off. There were mixed reactions to its release at first, but It would later set the tone for all the luxury sport watches to come.

When the CODE 11.59 collection was released in 2019, it was also met with some curiosity. People were prepared to see a new groundbreaking design from Audemars Piguet. And it was, though not in the way that people expected. The short of it is, CODE 11.59 was the opposite of what the Royal Oak was.

CODE 11.59 is the house’s take on a gender-neutral timepiece, which means it’s just about as classic as they come. Still, there are some interesting details that go beyond the conservative, clean lines you see on the surface. The double-curved crystal changes the look of the watch as you view it from different angles, the hand-finishing on the case provides some intricate details, and the new gradient finish on the 2020 version’s dial gives the watch more depth.

And if all the comments sections are anything to go by, this is a watch that’s managed to shake things up. Not by being so out-there as the Royal Oak was when it first launched, but by being audacious in its simplicity.

The Oyster perpetual is what you might call the classic Rolex. It draws its roots from the first waterproof and dustproof watch in the world, which was created by Rolex founder Hans Wilsdorf.

Rolex has a reputation for never straying too far from its established designed codes, and it’s a strategy that has worked well for it throughout the years. But this year, the changed to the Oyster Perpetual are quite a bit more noticeable from its previous iterations.

The Oyster Perpetual now comes in a new 41mm case size, which brings it to the same size as the Submariner collection (both have different effects when worn though, as the Submariner has a bit more heft to its looks). But there’s still a smaller, 36mm version, which has some striking new dials.

The new 36mm models received vibrant colors in the latest collection, including candy pink, turquoise blue, yellow, coral red and green. Both variants run the new calibre 3230 movement under the case, which was likewise revealed this year. The brighter dials are a stark departure from the more sombre colors that we usually see each year, and wearing one for the season might just help brighten things up in the days ahead. And while you’re here, you might as well check out the rest of the 2020 Rolex releases.

Perhaps Omega’s most fascinating story is that the Speedmaster was the first watch that went to the moon. But being the official watch of NASA’s astronauts, it’s got more stories to tell aside from that. And one of them is the time it helped saved the Apollo 13 astronauts from disaster.

The Apollo 13 mission was the third moon landing attempt, though the spacecraft suffered a massive malfunction on its second day. With their lives in danger, the astronauts had to abort the mission and return to Earth, famously using the Omega Speedmaster to manually time the course-correction. In recognition of this crucial role, NASA granted Omega the Silver Snoopy Award. Snoopy is NASA’s unofficial mascot, because of his ability to “keep things light in serious situations,” and the award is only given to those who have performed remarkably under pressure (you can read the whole story here).

This year marks the Apollo 13 mission’s 50th anniversary, and Omega has come up with a special watch to commemorate the occasion. But Omega didn’t just slap a Snoopy emblem on a Speedmaster and call it a day. There’s an especially brilliant homage to the Apollo 13 mission on the caseback. It features a depiction of the moon and the Earth, with Snoopy riding a NASA Command Module. When the chronograph is activated, the Command Module (with Snoopy in it, of course) moves to the dark side of the moon: a reference to the Apollo 13’s historic journey.

H. Moser et Cie have long been the paragon of quirky watchmaking, coming up with timepieces that appeal to people with a sense of humor (just take a look at this video, where they fired some shots at digital watches.) But no mistake, the company’s skills don’t end at hilarious marketing, they’re absolutely brilliant when it comes to high-level watchmaking as well.

In just the same way, MB&F has also been an exemplar when it comes to watches that are so out-of-the-box that they defy logic. With their retro-futuristic aesthetic, they make horological marvels that are equal parts fantastic and whimsical (take a look at the Space Pirate from last year). And just like H. Moser et Cie, their watchmaking arts rank among the highest in the industry.

So when these two come together for a timepiece, you know you’re in for something special. The idea behind the Legacy Machine 101 is to distill the essence of watchmaking, and you can see it in the way the watch is laid out. The balance wheel (which is the regulating mechanism in a watch: or its “heart”) is placed in the center, backed by a smoked dial that Moser is famous for. Meanwhile, the watch tells the hours and minutes at two o’clock, with a power reserve indicator at 6 o’clock.

With both of these houses having outsized personalities, this is their version of a minimalist watch, but it’s more of a mechanical sculpture than anything.

Reservoir is something of a newcomer when it comes to the field of watchmaking. Established in 2016 , it’s got a scant few years under its belt when you compare it to houses that have been around for more than a hundred years. But already, it’s making a name for itself when it comes to design.

This year, it’s been nominated yet again for the Grand Prix d’Horlogerie de Gèneve (GPHG). The GPHG is what you’d call the Oscars of watchmaking, and the  Hydrosphere Bronze x Revolution is a contender for an award in the Divers category.

The Hydrosphere is the brand’s interpretation of a dive watch, and its looks are based off of an old diving timer. (Check out our interview with one of Reservoir co-founder Francois Nakkachdji here). The watch runs three different complications, which have since become a signature of Reservoir: the jumping hours, the retrograde minutes hand, and the power reserve display at the bottom. It’s a little chunky at 45mm, but if you’re looking for a bold statement for the fall (and in bronze, no less), the Hydrosphere might just be the right pick.