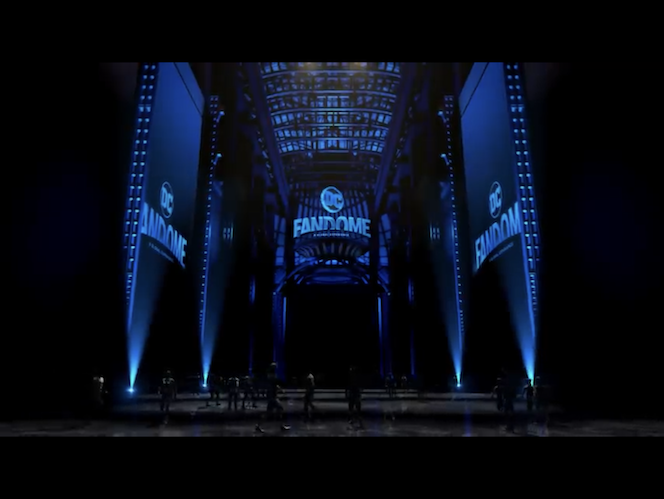 Since June, fans have been hearing about DC’s new online convention: Fandome. So what exactly can we expect?

With online being the only place we can all gather these days, every single brand from scooter companies to luxury watchmakers are choosing to launch their new releases digitally. And it looks like that won’t be changing anytime soon.

But it seems DC is planning to up the game when it comes to the online fan convention arena. Coming right on the heels of last month’s virtual San Diego Comic-Con, DC Fandome is set to open its doors on August 22 at 10 a.m. PDT (here’s the link). And here’s the thing: it’s going to be online for a whole 24 hours.

The event is being billed as a “global experience,” and judging from the trailer, it looks like we’re getting an actual convention setup, with virtual halls and everything.

And while there aren’t any specifics just yet (expect the announcements to trickle in over the next few weeks) DC is promising that there will be news, announcements, exclusive footage, and presentations for every time zone.

That’s quite a hefty lineup, and it’s already got the fans hyped. Could we be seeing exclusive footage of Robert Pattinson as The Batman? More of Gal Gadot as Wonder Woman? A peek at the much-speculated-about Snyder Cut of Justice League?

Just like Comic-Con, there are no passes or admission fees, so the entire thing is going to be free. You might miss all the costumes, but there also won’t be any crowds to contend with, no lines to camp on, and you won’t have to fly anywhere. So there is an upside to all of this.

Meanwhile, you can check out the trailer below and set alarm for the big day.